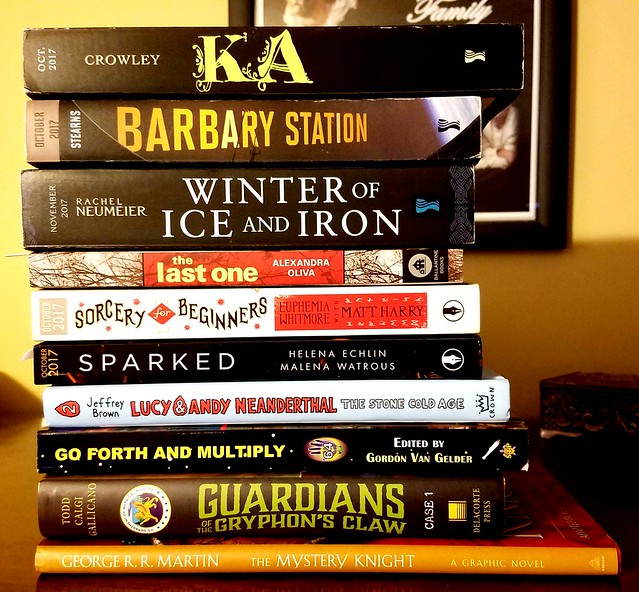 For your delight, this last weekend of July: A stack of new books and ARCs. Is there anything here that would make it to your own “must read” stack? Tell us in the comments! 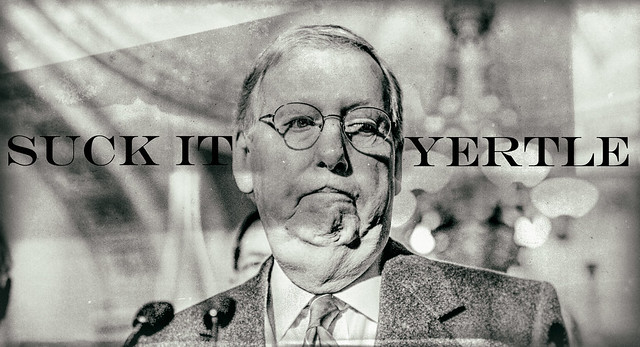 Some various thoughts on where things are today:

1. Hooray for senators Murkowski and Collins and McCain, and also every single Democratic senator for knocking back this bullshit that was so egregious that they literally had to take the vote in the middle of the night because it couldn’t stand up to scrutiny in the light of day. The fact that 49 GOP senators voted for a bill that they knew was trash is depressing, but, horseshoes and handgrenades.

And yes, I know that there’s a good chance that some of them voted “yes” because they were confident that an 80-year-old man with cancer not long for his job would give them cover against frothy primary voters back home, but there’s only so far that sort of thing goes. Rob Portman, the Republican senator from Ohio, isn’t up for re-election until 2022. “Primary cover” isn’t a thing he needs at the moment.

(His excuse: He wanted it to go into committee with the House GOP. Uh-huh. This would be the same House GOP that passed a bill so awful that the Senate wouldn’t touch it. This is the group they were hoping to punt to, in order to come up with something better. Yeah, okay.)

2. I’m especially pleased that this is an only-barely-metaphorical kick in the nuts to Mitch McConnell, who basically flouted every lawmaking convention the Senate has in order to present a series of top-down, heartless “let’s repeal Obamacare because fuck that dude” bills, only to have them stuffed back in his face with every vote. In his rush to eradicate the major policy achievement of a black man, McConnell did appear to forget that the ACA does, in fact, help millions of Americans, including Republicans, have insurance, and helps the rest of us with that whole “no more of that pre-existing conditions or payment caps bullshit” thing it has going. McConnell didn’t give a shit about his constituents, or Americans in general with this. He just wanted the win, to have a win and to kick at a man who isn’t in politics anymore. He got what he deserved with this monumental and serial defeat.

(“But how is what McConnell did any different than how the ACA was passed in the first place?” Well, for starters, there’s a difference between an entire political party actively deciding not to participate in the crafting of legislation, as is what basically happened with the ACA, and the senate GOP deciding not to involve the Democrats, or indeed, most of the members of its own caucus, as happened with the Senate repeal bills. There’s more, but let’s move on, shall we.)

3. And no, I don’t expect this to be the end of it. On a practical level, the GOP wanted to gut the ACA because it would make it easier to get its upcoming budget deal done. On the impractical level, Trump loathes Obama and anything to do with him, not only because Trump’s a bigot but because every day he’s in office makes it clearer how much better a president Obama was than he is. McConnell also hates Obama for being Obama, and Paul Ryan just wants to destroy the social net for the old and sick because he’s an awful inhuman bucket of turds. They’re going to find their way back to the ACA even if the vast majority of Americans want them to leave it alone or — heck! — maybe even make it work better. They can’t leave it alone. They are constitutionally unable to. I’m happy this round of nonsense has been beaten back, but I’m not under the illusion they won’t try again. They will try again.

4. All of this nonsense does again bring to the fore a thing we already knew about the current GOP, which is that it isn’t for anything, other than shoving as much of America’s wealth as it can into the hands of the very rich. For the last eight years, its major policy theme was “whatever Obama wants, we’re against,” and now that it is in power, its major policy theme is “Whatever Obama did, we’ll repeal.” The problem they’re running into, as this dundersplat of a vote shows us, is that Obama’s policies did actually make people’s lives better, and also that sooner or later “not that” has to be replaced by something.

There was no there to the GOP’s proposals — nothing that would do what Trump and they promised, which was to make health care better. There wasn’t a single proposal the GOP offered that didn’t involve millions of people losing insurance, Medicaid being slashed and costs climbing for everyone else, and all but the “skinny repeal” basically were stalking horses for wealth transfer and setting the social net on fire. It’s not in the least surprising that at the end of the day, the excuses the Senate GOP gave for fronting these atrocious bills were “Look, we said we were going to repeal it” and “We know we’re going to pass a horrible shit bill but maybe the House GOP will save us from ourselves.”

I’m not going to say that there’s nothing in the GOP and/or Trump administration’s policy portfolio that isn’t explicitly about making the rich richer or just rolling back Obama policies without regard to the sensibility of those policies, but I have to admit right off the top of my head I can’t think of all that many, and even the ones that I theoretically would be before (infrastructure, rural broadband) I simply don’t trust Trump or the GOP to do without basically devolving them into a crony feed.

5. On a personal note, here’s a true fact, which is that the last week has been shit for my productivity because I’ve been waiting for the Senate to basically take health care away from a whole bunch of my friends, who as creative people buy their insurance policies on the individual market and who would (depending on which version of this bullshit passed) been priced out of insurance, would have had to deal with pre-existing conditions or policy caps coming up again, or would have found it impossible to find an insurer. And not only creative people, I will add. I live in an area where a number of my neighbors are farmers or independent contractors (truck drivers, etc). They would go onto the repeal trash pile as well. It’s hard to focus on writing when your friends are talking about how losing their insurance, or, having pre-existing conditions or caps reintroduced, might kill them.

“Oh, well, that’s melodramatic.” Fuck you, it’s not. Not having the “right” job (i.e., a job with a company large enough to have a decent-sized risk pool), or losing a job, should not come with the increased risk of death or incapacitation or bankruptcy due to medical needs our fucked-up system has decided to price out of range of normal humans’ ability to pay. The only reason I wouldn’t be in the same boat as my other creative, self-employed friends had the ACA cratered is my wife’s 9-to-5, benefits-paying job — and even then ditching the ACA would have still had an impact on us due to caps and pre-existing conditions.

6. Here’s something that is possibly melodramatic, also involving me: If any of these bullshit senate health care bills had passed, it might have made a difference regarding whether you’d get my next book on time. Not just because I’d be worrying about health care for all my pals (and my family, to a lesser but real extent). It would also be because Mitch McConnell would have learned that creating bills in a back room, filling them with completely punitive bullshit and not showing them to anyone yet still expecting his caucus to vote straight-line for them is a thing that works. I mean, shit. It came within one vote of working this time; had McCain not decided to do his maverick shtick one more time for shits and giggles, McConnell would right this moment be planning to do up his tax bill entirely in a back room with him and maybe five or six special friends. We already have an executive branch with an alignment of “chaotic authoritarian”; the last thing we need is a functionally authoritarian branch of government to go with the incompetent authoritarian branch we already have.

I’m less than 100% inclined to give McCain too much credit for his downvote — he could have nipped all this shit in the bud earlier in the week, and in any event his modus operandi to date has been “talk like a maverick, vote the party line,” and I think there was more than a whiff of personal aggrandizement going on. Depending on his cancer treatment, McCain may not ever come back to the Senate, and McCain wanted a dramatic moment for the movie of his life, when Tom Cruise finally wins the Oscar on the strength of his portrayal of McCain’s “thumbs down” moment. But to the extent that he excoriated McConnell’s bullshit process to produce these bills and then voted down the bills produced by this bullshit process, good on him. That may have been even more important in the long run than the particular vote, and the particular vote was extraordinarily important.

If McConnell’s authoritarian gambit had worked, he would have known he could continue to get away with it for everything — and he would have kept at it. And that’s not something I could have just tuned out. I’ve been having a hard enough time concentrating as it is. It’s hard to write about the future when the present is on fire. If I can get a nice stretch of time where I’m not worrying about a non-trivial percentage of the people I know freaking out about whether lack of insurance is going to kill them or a family member, I can focus on, you know. Actual work.

Yes, in fact, that’s the secret to getting work out of me: A functioning, democratic government that isn’t actively trying to screw over a whole bunch of people I know and care about. Who knew?