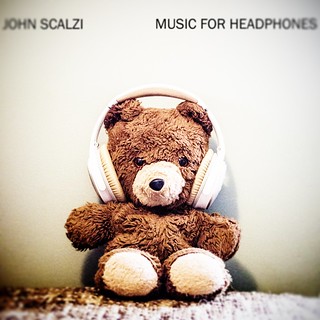 In October of 2015 I took Music For Headphones, an album of electronic music I put together, onto various streaming services via CD Baby (CD Baby did all the work; I just gave them money to do it). I also set it up for CD Baby to collect my income from streaming on the various music services and send it to me when the amount reached a certain threshold. This morning, after 21 months, the threshold was achieved, and CD Baby sent me the cash, minus their own small cut:

(CD Baby’s cut, in case you were curious: $2, which means the album earned $25.38, which makes sense because I asked CD Baby to send along money once it reached the $25 mark.)

You might think this is where I would gripe about the shockingly low amount of money one receives from streaming one’s work on the various music services, and if I were an actual working musician, I might do. But really I’m just sort of mildly amazed that I’m getting any money at all out of Spotify, et al. Music is, shall we say, not even a side gig for me. That people are listening to this album at all is kind of nifty. Clearly, not many are. But at least a couple.

So, yeah. I won’t be giving up my day job. But it’s fun to know my music will buy me a pizza, every couple of years. 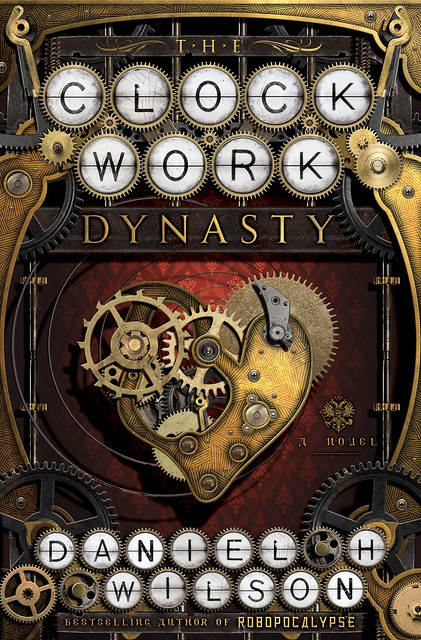 Think the idea of robots is a relatively new one? It doesn’t have to be, and in The Clockwork Dynasty, author Daniel H. Wilson gives some thought to the idea of what it would be like if the idea were something other than on the cutting edge of modern civilization.

In 1928, a box of old junk arrived at Philadelphia’s Franklin Institute. Really old. Rumored to be the remains of an incredible device, the loose pieces of brass machinery were unassembled, many of them twisted and singed by fire. A decade passed before an engineer could piece together the device into its true form—a little boy at a desk, holding a quill pen poised in his fingers.

Wound up and set loose, the primitive robot began to draw elaborate sketches and poems. And at the end of the final poem, written in French, it signed off with a flourish: “Written by the automaton of Maillardet.” Just like that, after over a century, the device revealed its provenance in a surprisingly simple manner—by writing it down on a piece of paper.

I remember being inspired by the story of Maillardet’s draughtsman; it left me thinking that although we live in a modern civilization, our ancestors had their triumphs, too.

And so, as these things go, a scene began to creep into my mind. I imagined walking, talking automatons, sent like messages from our ancestors in the distant past, created before written history and wandering here to our present through the long dark ages of humankind. Thus began the adventure of June Stefanov, a young anthropologist specializing in the study of court automatons—starting with the moment she discovers a hidden message in the writings of a revived automaton much like Maillardet’s:

“All who breathe do not live; all who touch do not feel; and all who see do not judge. Behold the avtomat.”

The Clockwork Dynasty imagines the avtomat (a Russian word that means “machine”), a race of humanlike machines built in prehistory by a fallen civilization. Concealing themselves among humanity for centuries, they have quietly served the great empires of antiquity and steered nations around the globe toward our familiar technological future. In the present day, they are running out of power and praying that civilization will soon be advanced enough to understand and repair their inscrutably complex bodies.

The central paradox is of course that our “primitive” ancestors reached technological heights we’ve never seen. The fruit of their labor still walks among us, each avtomat symbolic of some virtue prized by our lost forbearers. Though these robots are superior to humans, they are built in our image and carry our principles. And they are depending on us to save them from oblivion.

So, what the heck was I thinking? Normally, I write about shiny, new robots. These creatures (at least initially) are made of ceramic and brass; wood, leather and whalebone. Their story isn’t set “five years in the future”—it begins in an age passed out of all memory, a time of legends and myth.

In this way, The Clockwork Dynasty has something in common with some of my favorite fantasy and sci-fi worlds. In places like Star Wars, The Hobbit, and Dune, the older a technology is, the more powerful it is.

It’s an idea I find refreshing. Maybe it’s just fatigue. I’m the robot guy, you know? My flap cover story is that I earned a PhD in robotics and now I write (relentlessly) about the cutting edge of technology. Want to know what’s coming next? Ask the robot guy!

Not this time. There is hubris in assuming that our civilization is the latest and the greatest. It’s an assumption The Clockwork Dynasty does not make.

Homo sapiens has been roaming this planet for over a hundred thousand years. We’ve got just five thousand years of written history. A lot of smart people have been born and died in our uncharted past. Who knows what marvels they produced?

Another refreshing tidbit—I’m not destroying the world this time.

In novels like Robopocalypse and Amped, I’ve relished watching technology tear society (and let’s face it, people) apart. But the robots in The Clockwork Dynasty are pushing humanity toward a high-tech future. It’s a reverse apocalypse, and a theme much more in line with how I feel about robots and technology.

Looking back on it, I feel this novel is testament to the symbolic power of the robot in storytelling. We humans are obsessed with ourselves and our place in the universe. Our robotic creations hold up a distorted mirror to humanity, challenge our primacy and uniqueness, and force us to rethink our most basic assumptions.

And what amazes me most is that robots and automatons have been challenging us this way for millennia, and they will continue to do so for years to come…

Right up until the Robopocalypse. ;)