Wonder Woman: A Smash, Possibly in Different Ways Than You Think 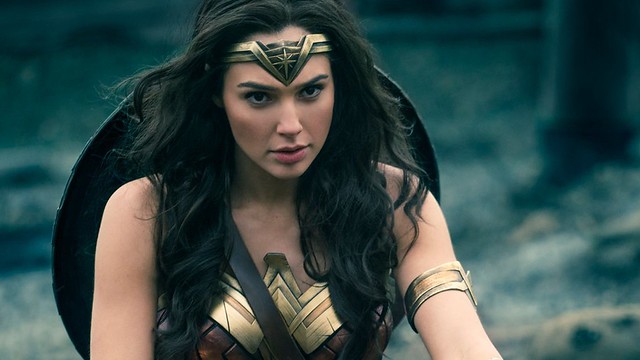 This next weekend Wonder Woman is very likely to crack the $400 million mark at the  domestic box office, which in itself is a significant feat (only 26 other films in the history of cinema have managed it) but is particular good news for the Warner Bros. studio and its DC universe of films, after the critical failures of the two most recent DC films, Batman v. Superman and Suicide Squad, both of which Wonder Woman has now outgrossed…

… Well, sort of. Wonder Woman is the undisputed champ of the three films in the domestic box office arena, but in the global arena, right now (and, given the late date of Wonder Woman’s theatrical run at this point, probably ultimately), Wonder Woman’s overall box office performance is right in line with BvS and Suicide Squad, and both of those films have outperformed WW’s box office in key areas. BvS has a larger global gross ($873 million to $790 million), and Suicide Squad has a larger foreign box office ($420 million to $393 million). At this point, two months since release, it’s possible but unlikely WW might catch up with those numbers (it’ll be easier for the film to pass Suicide’s foreign BO than BvS‘ global). But when all the theatrical grosses are tallied, again, Wonder Woman’s box office performance is likely to be right in line with its DC siblings’ performance.

Given that Wonder Woman’s box office overall is not substantially different than that of BvS or Suicide Squad, why is it being hailed as the savior of the DC universe film franchise? There are a few reasons. One, both BvS and Suicide were critical (if not financial) flops, dark and gritty and depressing slogs that no one really seemed to like all that much, even if the films did in fact pack people into theaters — $330 million and $325 million in domestic grosses are excellent returns. Wonder Woman, on the other hand, was a critical success — which was useful for itself but also deemed important for the future of the DC franchise as a whole. Three critical flops would (presumably) have made it difficult to sell the Avengers-like Justice League film that’s next on the slate.

Two, despite global box office being the primary engine for Hollywood these days, domestic (i.e., US and Canada) box office is still hugely influential in terms of perception. As an example, this summer’s The Mummy is widely considered to be a flop despite the fact that worldwide it’s grossed $400 million to date. Had The Mummy done $200 million domestically and $200 million foreign, it wouldn’t be seen as a flop; if it had done $300 million domestically and $100 million in foreign sales, it’d be one of the summer’s winners. Wonder Woman outgrossed its DC siblings here at home, and “here at home” optics still matter.

Three, the financials of Wonder Woman are probably more advantageous to Warner Bros than BvS or Suicide. First, it was a cheaper film to produce: $125 million, where BvS was twice that, and Suicide was $150 million. Second, Warner (generally) gets to keep more of the money a film grosses domestically than internationally, where the grosses have to be shared with distributing partners and are otherwise divvied up in less advantageous ways.

Finally, because Wonder Woman is a woman-centered superhero film with a woman director, and the common wisdom was that the film outperformed financial expectations. Why this bias persists is a long discussion for another time (it’s worth noting that only one other film has outgrossed Wonder Woman domestically so far this year, and that’s Beauty and the Beast, another woman-focused film, and the one film remaining on the theatrical schedule this year that will outgross it will be The Last Jedi, which also has a woman as the protagonist), but it’s there.

It’s worth pointing out that of the four reasons I’ve given here, three of them are explicitly perceptual, rather than about the financial bottom line, and the one that’s about the financial bottom line is probably the one least publically discussed out of all of them. The perceptual issues aren’t fake issues (I’ll explain why further down) but I think it’s worth pointing out that, perception aside, Warner Bros’ DC universe films from BvS onward are doing just fine financially, with an average box office of $802 million globally between them, and an average domestic gross of $350 million. Which, incidentally, is higher than the average domestic and worldwide gross of the (to date) 16 Marvel cinematic universe movies, which are $306 million and $776 million, respectively.

Which leads me to think a couple of things. The first is that generally film quality doesn’t mean all that much for a superhero film’s box office as long as it has a) brand name recognition and b) some really excellent marketing behind it. Two thirds of the DC films get knocked for being crap, but those two films also outgrossed ten of the sixteen Marvel films both domestically and worldwide, all of which have better critical reputations than BvS or Suicide.

Next up, even if Wonder Woman had been a critical flop, I think it’s an open question as to whether that would have had a major negative impact on the financial performance of Justice League, the next DC film in the release barrel. To be clear, I think Wonder Woman’s critical and perceptual superiority to BvS and Suicide is beneficial — it now means JL is likely to get to or even surpass $1 billion in worldwide grosses (and get more than $400 million domestically). But I suspect that had Wonder Woman not been a perceptual and critical smash, JL would still end up in the same $750 million-to-$850 million range the other DC films have managed to this point. These are essentially fool-proof movies, which all things considered, has been a very good thing for Warners, indeed.

This means I also suspect that even if Wonder Woman had not been a critical success, it still would have done reasonably well at the box office: In the $250 million-to-$300 million range domestically and double that globally. And again that’s down to familiarity and marketing and the long pent-up desire to have a woman superhero head up a movie, and especially Wonder Woman, the best-known woman superhero. The critical/perceptual box office premium here is significant — roughly 25% of the box office gross — and nothing to discount. But recent box office successes in the form of Beauty and the Beast, The Force Awakens and Rogue One shows us that established franchises (Star Wars and Disney live action remakes, respectively) don’t automatically take a financial penalty for having women in the lead role (I’m not even bringing up Twilight or Hunger Games here, which established themselves in the lit world before jumping over to film). Wonder Woman, I think, would have been perfectly financially successful even if it had only been critically received only marginally better than BvS or Suicide Squad.

The real issue here, to my mind, is how there’s still any hesitancy to front women characters in franchises, superhero or otherwise. There’s pretty clearly no significant financial penalty for doing so if your franchise is already up and running and your marketing is focused; honestly, at this point there’s only upside, if you manage to make the film better than its male-focused franchise siblings. That upside is perceptual in the short run, as it largely was here with Wonder Woman. But in the long run it’s likely going to add to your franchise financial bottom line. In this case, Justice League will almost benefit from Wonder Woman’s perceptual halo.

And further out than that — well. It will be interesting to see which film will have the bigger opening weekend: The next Batman, or the next Wonder Woman. I do know which one I am more interested in seeing right now.

55 Comments on “Wonder Woman: A Smash, Possibly in Different Ways Than You Think”