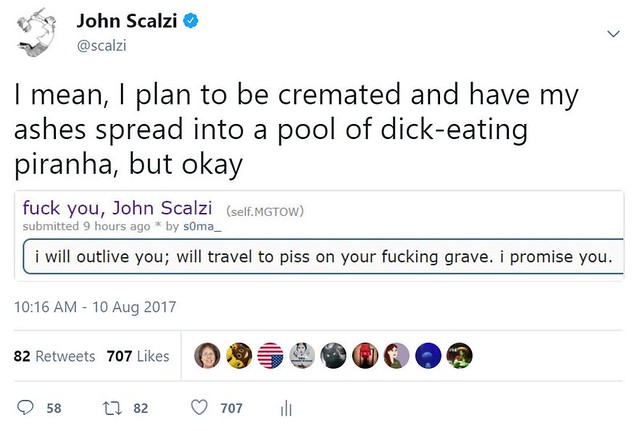 I note this particular tweet (which, if for some reason you can’t see it, is here), not just because it amuses the crap out of me, although it does, but it because it’s an example of a phenomenon that I think might be unique to Twitter — namely, because of the way Twitter formats pictures and retweets on its service, much of the time (if not most of the time) you’ll see a punchline or a snarky reply before you read the set-up or instigating comment.

And because it does, it changes a lot about the dynamic of the humor, and often in interesting ways. It’s like the Jeopardy version humor. Of course, some people just change things around so their comment is the set-up and the picture or previous comment is the punchline. But when they don’t, I almost feel like it creates a new kind of joke.

I could be overthinking this. Tell me if I am.