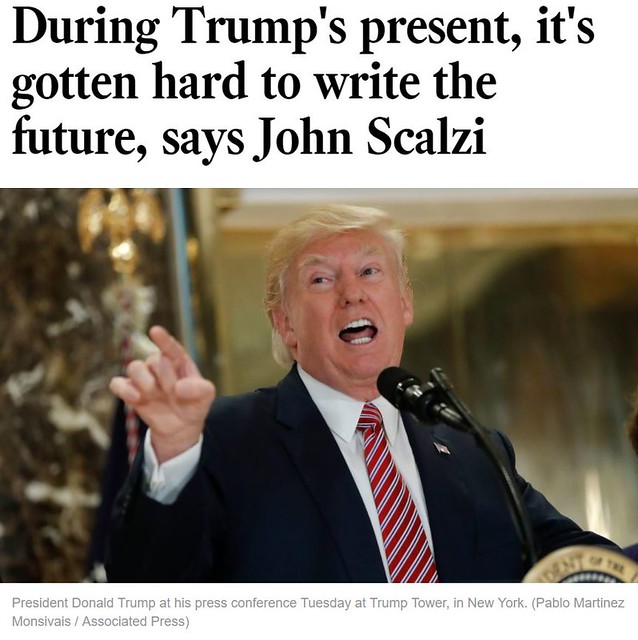 I have a piece in the Los Angeles Times today about the difficulty of writing science fiction in today’s world, and no, it’s not just because one has to wonder if the world is going to be here tomorrow. Here’s the link. Enjoy!

55 thoughts on “Writing About Later, Now: Harder Than It Used to Be”