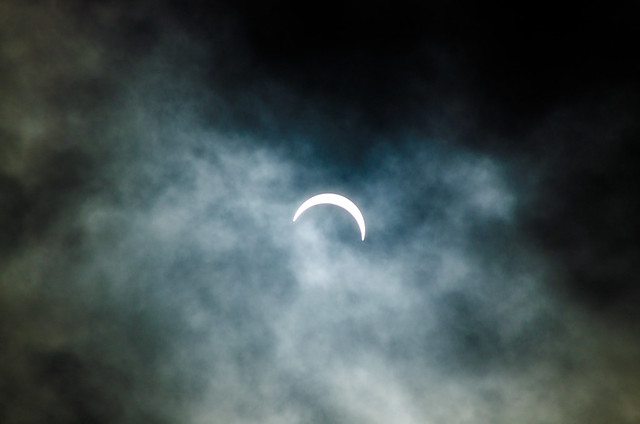 It went well! We had intermittent clouds in the run-up, but for the first half (closing up to the maximum) we had very good views much of the time, and the clouds weren’t so heavy we couldn’t see. I made a box, but then Krissy’s work handed out eclipse glasses, so we used those instead, and I also used a makeshift filter on my camera to get some pretty good shots. This particular shot came just after maximum, when all of a sudden a lot of clouds rolled in and I could snap a naked shot of the sun without frying my camera. We got 88% of coverage, which is enough for a show. In all, a very fine eclipse, from the deck of my house.

The next eclipse for North America is in 2024, and as it happens, that one will have totality directly over my house. Which is convenient! And before you ask, we’re already booked up. Sorry.

Updated to add: Also, I think I may never get a better eclipse shot than this one. Thank you and good night. 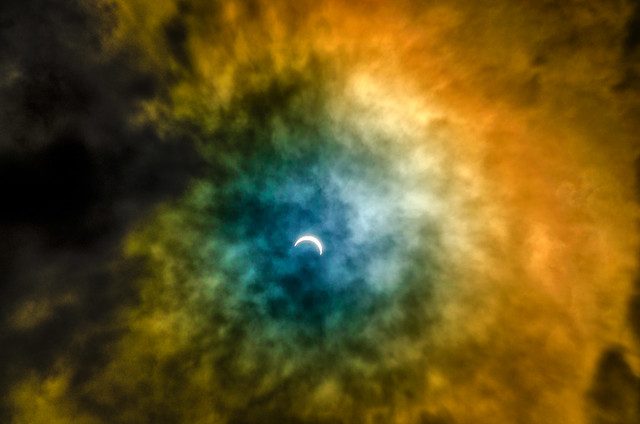 42 thoughts on “Our Eclipse Here in Bradford”