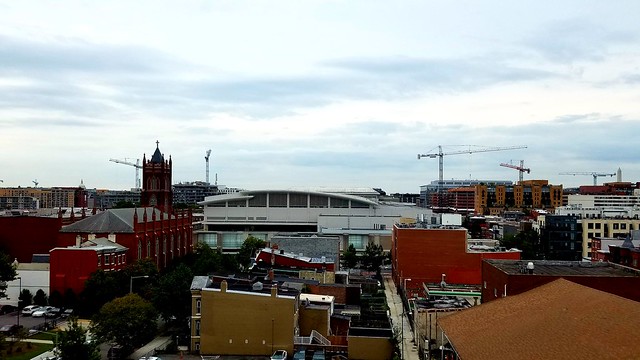 And out the window is the convention center that the National Book Festival will be at tomorrow. Along with me! I have an event at 3:30 and a signing at 4:30. If you’re in the area I hope to see you there. Otherwise, it’s nice to be back in the area I lived in for four years, from ’96 to 2001. I liked it when I was here, except for the traffic, which was awful. Besides that: Pretty great. 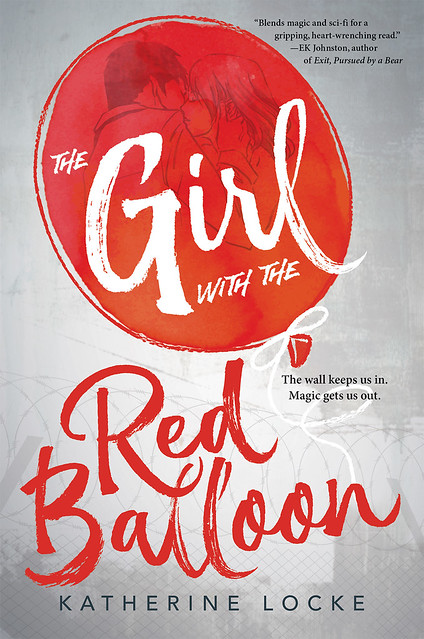 Magic is made-up — but sometimes, Katherine Locke argues, it helps to look at the real world through the lens of the imaginary. She’s here to explain why, and how it affects her novel The Girl With the Red Balloon.

I’ve been thinking about Luna Lovegood’s glasses lately. I’d forgotten (forgive me, Potterheads) that they were called Spectrespecs, but I had remembered they were given out through the Quibbler and that Luna believed–and maybe they did–they let her see things that other people didn’t see. The Quibbler was seen as a joke paper, but by book six, they were printing the truth–alongside some more questionable allegations about the world–while the Daily Prophet called Harry a liar and refused to see what was in front of it.

This is a post about how sometimes, seeing reality through the fantastic is the most truthful way to view it. Sometimes, we need to look at our lives, and the lives that came before us, through Spectrespecs, as to better understand what’s happening. To push away denial. To contextualize information.

And that’s not just for reading. That’s for writing too.

I knew I wanted to write a book that dealt with the guilt of being a granddaughter who traveled and fell in love with a place that had treated my ancestors so cruelly that my grandfather was upset with me for traveling there. For me, it was Ukraine. For Ellie, it’s Germany. And I knew I wanted to explore the way that facets of history interlocked and interacted with each other–the way that East Germany, and the surveillance state and limitations on its people, were born out of World War II, which was born out of invasions and genocide. The way that affects three different teenagers at different times in their life.

But I couldn’t look straight at it. And nor did I want to tell it entirely through the fantastical–that is, a secondary world fantasy with a history that stood in for ours. I wanted it to be recognizable, but accessible. The Holocaust and East Germany are two big subjects that aren’t easy to digest, especially in 250 pages.

So The Girl with the Red Balloon is written through Spectrespecs.

I used magic, throughout the book, to illuminate real historical events instead of using magic to create new one. Magic is a lens through which we can grasp the extraordinary, and the miraculous, power of hope and faith and the human spirit. Magic lets me show that it isn’t the escape using a magical balloon that teaches us something, but who is left behind. Magic lets me show that for all that we can control and manipulate and plan, inexplicable things happen. Nothing is perfect. Time and friendships and people are fragile, and must all be treated with empathy and compassion.

Magic isn’t a thing that happens in my book, but a way for us to see what really did happen.

This isn’t something new. A Wrinkle in Time, A Swiftly Tilting Planet, A Wind in the Door, and Bridge to Terabithia are all books from my childhood that used the fantastic to show us real moments that exist in all of our lives. In A Wrinkle in Time, I remember so clearly the boy bouncing the ball out of sync with the rest of the kids bouncing their balls. I remember the door being slammed shut. That wasn’t magical. But the fantastic had given me a window into seeing a world where children’s differences, varying abilities, strengths and weaknesses were seeing as unnatural and a liability, instead of celebrated. In Bridge to Terabithia, the fantastic literally gave Jesse a place on the page where he was powerful, where his family’s dysfunction and poverty did not limit the person he could become. The fantastic is a lens, on and off the page, in each of these books.

It’s a powerful way of exploring history. And yes, people will struggle to label your book. The Girl with the Red Balloon is called a mystery, or historical urban fantasy, or a historical mystery, or historical fantasy, or mystery set in history with magical realism, and all sorts of things. But the choice here was deliberate, even if it made for a tough submission process: magic doesn’t just have to be a thing characters do. It can be a way for a reader to access your world, even if it’s not historical. Even if it’s contemporary, or secondary world fantasy. Magic should be a lens, not just a tool.

As Madeleine L’Engle said in her acceptance speech for the Margaret Edwards Award, “Often the only way to look clearly at this extraordinary universe is through fantasy, fairy tale, myth.”