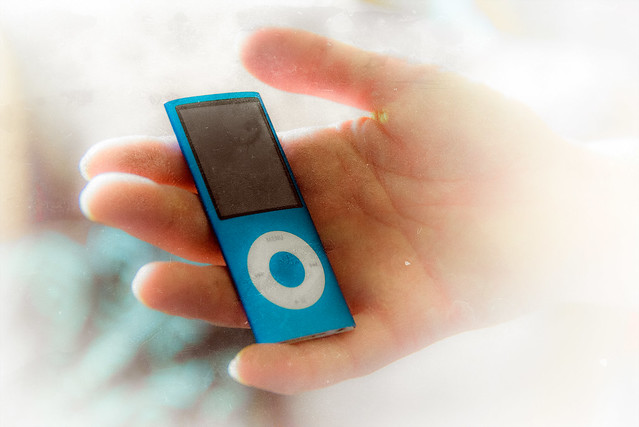 Folks, let’s have a moment of silence for my wife’s iPod Nano, a fourth generation version of the machine, which finally called it a day after nearly nine years of service, which in this age of planned obsolescence, is an impressively long run. Krissy went to wake it up this morning to run on the treadmill and it just wouldn’t turn on, despite being fully charged. This was a very sad day for Krissy. All her favorite playlists were in there.

The iPod Nano is survived by Krissy’s Samsung Galaxy S7, which has access to Spotify and Google Music and of course YouTube Red. But it’s just not the same.

Farewell, little blue iPod Nano. You were too beautiful for this world. May you scroll freely in the dimensions beyond this, playing Blondie and Concrete Blonde in eternity.

25 thoughts on “The Death of an iPod Nano”