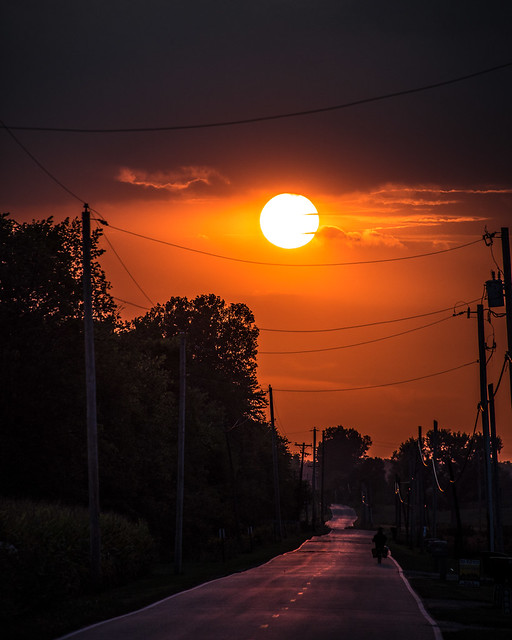 Featuring an Amish gentleman on a recumbent bicycle. As all the best first sunsets of fall do.

So long, summer. You did all right.