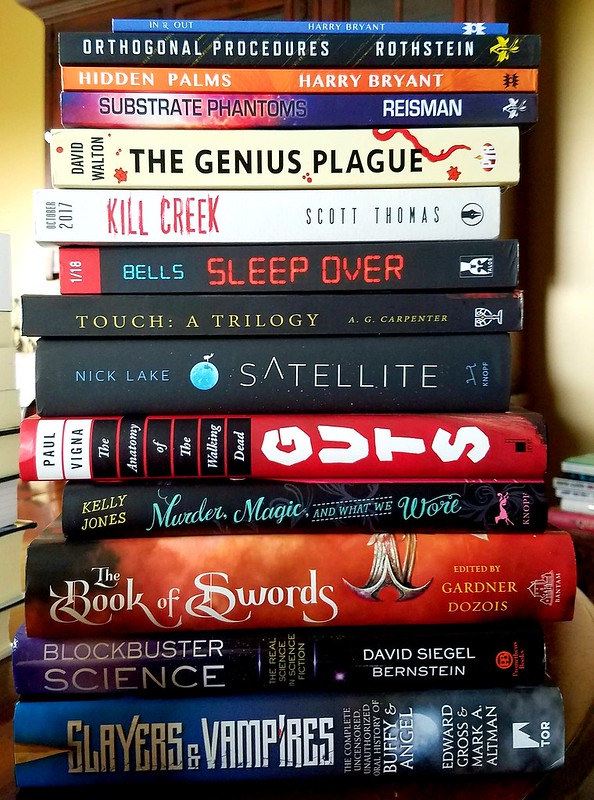 Just in time for the weekend, a new batch of books and ARCs at the Scalzi Compound for you to peruse. Which would you want to give a place in your own “to be read” stack? Tell us in the comments.