Amish on the Highway 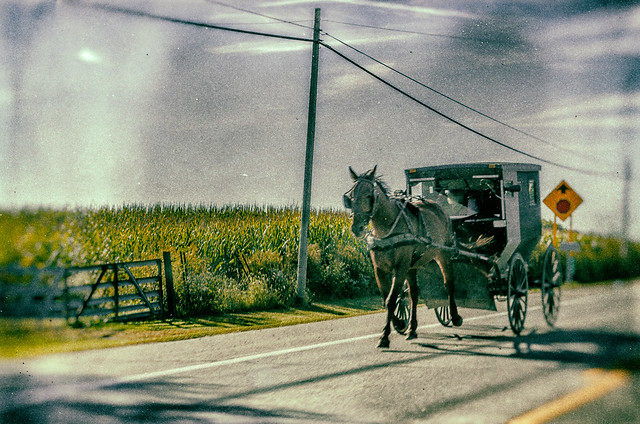 I often joke to people that in Bradford, where I live, a traffic jam is three cars behind an Amish buggy. It’s not actually a joke; when you see a line of cars going five miles an hour, you know there’s a buggy up on the front of that line. It is not actually a problem, mind you. Eventually the cars pop around the buggy and it’s fine. But it’s a reminder than not everyone lives on Internet time. I think that’s a good reminder to have, now and again.

24 Comments on “Amish on the Highway”