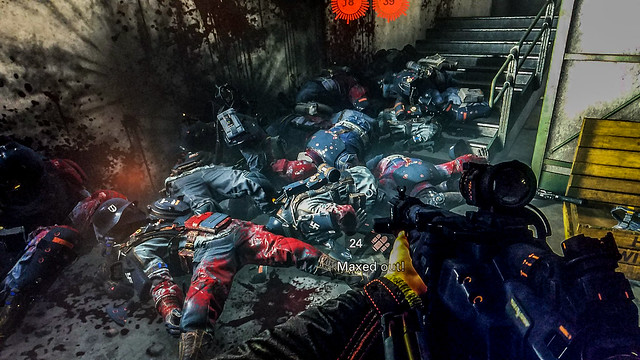 Last week two bits of entertainment I’d been looking forward to finally unlocked for my enjoyment: the video game Wolfenstein II: The New Colossus and Stranger Things 2, the second season of the well-regarded Netflix series. What did I think of both? Well, let me tell you.

Wolfenstein II: I enjoyed the heck out of this. The game takes place in an alternate reality where the Nazis won WWII (they nuked New York!) and have occupied the US. Your job is to take back the country, mostly by shooting the ever-living crap out of every Nazi you meet. Obviously, this is a game that has some resonance in today’s political era, in which homegrown WannaNazis are stomping around in their polo shirts and khakis (some of these tender racist flowers complained about the content of the game recently, to which the gamemakers said, essentially, “Ha ha ha fuck you, you little shitheads,” which is a sentiment I can get behind).

Although the game takes place in the US, you don’t actually kill American Nazis, merely Nazis in America; they all spit German at you as you shoot them. Which is fine! Nazis of any sort make for good killing, if you ask me. There’s a special joy in mowing them down by the dozen, untroubled by pesky ethical issues. They’re Nazis, they deserve to meet large-caliber ordnance. And they do — this is not a game that’s stingy about throwing Nazis at you to be dispatched. I played the game on medium difficulty and found it was nicely playable at that level; challenging to get through but with enough ammo, armor and health that I could survive without having to save every ten seconds.

The game comes with a storyline involving hero BJ Blaskowitz and his band of freedom fighters joining up with the American resistance and visiting places like (nuked) NYC, Roswell, New Mexico and a New Orleans that’s been turned into a ghetto for America’s undesirables (Jews, blacks, gay folks etc). The storyline is pretty good, and has interesting moments, but can be bleak and has a couple of missteps, including a memorably gratuitous topless scene with one of the women characters, also involving very large guns. That said, I generally enjoyed the storyline, which featured more humor in it than I remember earlier installments having.

But really you’re here to kill Nazis. And you will! In the US and on Venus! (Why Venus? I think the answer is, why not on Venus, and also, there’s something sublime about battling Space Nazis on Venus. That’s a B-movie title right there.) If you’re hankerin’ to slaughter goddamned fascists, this is the game for you.

A final note of gratitude for this game: It’s all about the single-player experience, which is something I really appreciate these days. I don’t really care to do multiplayer games that often, and I prefer generally to pay for my game once rather than through in-game transactions. I don’t want to be on a team and I don’t give a crap about jaunty hats or alternate armor. I just wanna shoot things in peace and at my own pace. Kudos to the Wolfenstein II team for giving me exactly what I’m happy to pay money for in a video game experience. 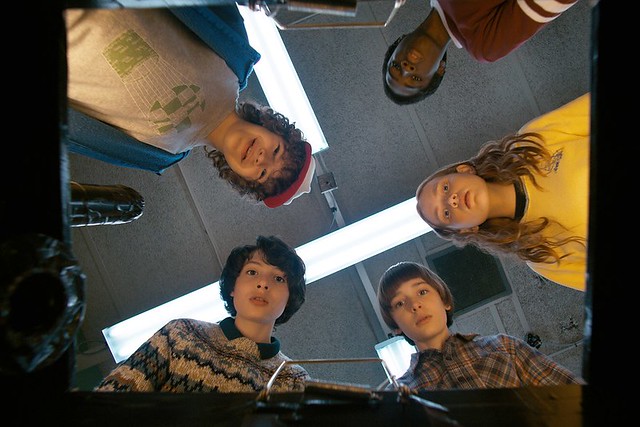 Stranger Things 2: It’s a pretty good ride, and with that said, I’m reminded of a line in Die Hard 2, when, after a whole movie of plane crashes and guns blazing and terrorists grimly being evil, Holly McClane looks over to John McClane and asks “Why does this keep happening to us?!?” The answer is, of course: Because that’s what the audience wants. The audience wants the thing they got before, only more of it this time.

And there’s definitely more to ST2: Stakes are higher, the danger more dangerous, and poor Will Byers (who if this series had actually been filmed in the 80s would have almost certainly have been played by Wil Wheaton) gets slapped around by the Upside Down even more than he was in the first season. There are more subplots (justice for Barb! Eleven looks for home! New kids with their own drama! Steve and Nancy and Jonathan!) which take more time to deal with and don’t necessarily resolve in any particularly satisfying way, instead leaving loose ends to be picked up in Stranger Things 3, which will almost certainly happen.

Also, more than once, someone has to act stupidly in order to advance the story, which the shows tries to wink at by having the characters note that, gosh, they sure did something stupid there, didn’t they? Which doesn’t really solve the problem, but at least lets you know the show acknowledges your awareness that someone’s being dumb for plot purposes.

(Oh, and, hey, Duffer brothers: Naming one of your characters “Bob Newby” is a little on the nose, guys.)

None of this really bothered me that much, however, because the story does keep clicking on and ramping up, and the characters, so engaging in season one, continue to be so here and are often even more so. The kids still feel like real kids, the adults are occasionally clueless in particularly adult ways, and the bad guys are slightly more dimensional than they were before. I was sucked in and watched one episode after another just like I was intended to, and with the exception of an interlude episode which felt more like a soft-launch pilot episode of another series entirely, they all connected seamlessly.

Which is to say the story-telling technician in me could see all the tricks season two of this series was laying out and using, and the “shut up and just give me a fun ride” audience member in me didn’t care, because generally speaking, all the tricks worked like they were supposed to. So well done, everyone: ST2 was really enjoyable and I’m in for season three when it inevitably shows up and tortures Will Byers again.

That poor kid. He should just move out of Hawkins. Really, they all should.