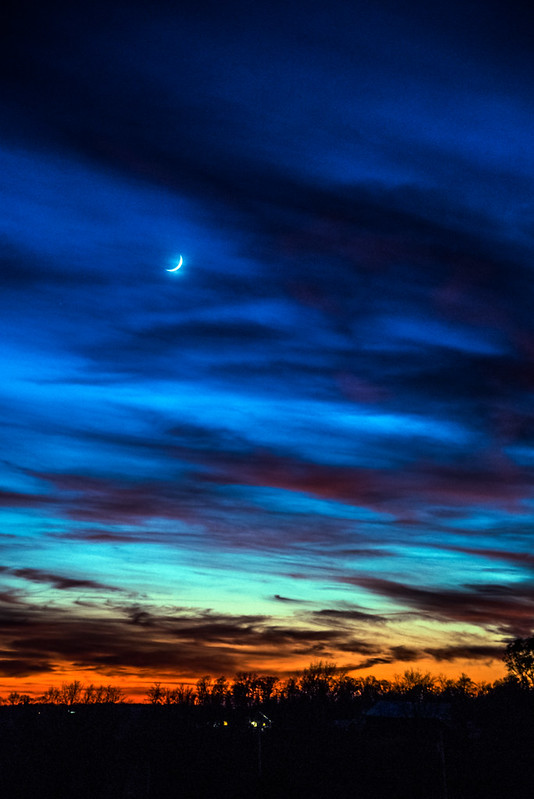 It was lovely here today. Hope it was where you were, too. 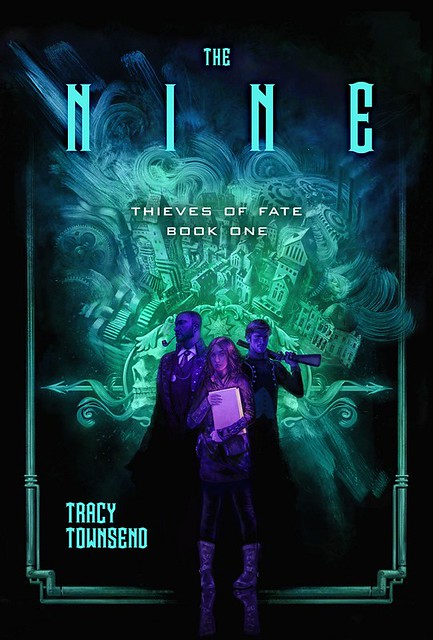 Take Borges, toss in a library, add a touch of sub-atomic physics, and what do you get? If you’re Tracy Townsend, you get her novel The Nine. Here she is to tell you how all of these came to be a part of her story.

The best creative decision I ever made was to be bad at my first college job.

I paid for undergraduate in the usual way — a little bit of student loan, some scholarship, and a lot of work-study. I was lucky enough to score a job at the university library, where my employment somehow survived my plot to pretend at total incompetence in the Library of Congress system. There was a method to my madness, of course. When I disappeared for two hours with a single cart of returns, nobody would think twice about my painstaking pace. I mean, it had taken me three tries to pass the shelving exam. (I’d considered throwing the test a fourth time, but that just seemed like gilding the lily.) Truth was, I was dead fast and accurate at re-shelving. I could clear a double-decker cart of volumes distributed over three floors in just over a half-hour. For the remaining hour and a half of my shift, I’d creep to the farthest corner of the reference stacks and start browsing, secure in the time my feigned incompetence had bought.

I love reference books because they’re so eminently browsable. They don’t ask for a reader’s commitment. They’re perfect for those weary moments when you want to feed your mind something, but can’t process a narrative. It was in just such a moment that I picked up  Jorge Luis Borges’ Book of Imaginary Beings. There, I found an entry titled “The Lamed Wufniks.” (I’m embarrassed to admit it first grabbed my attention because I thought the name was cute – lamed wufniks! Poor little wufniks with bum legs! Little did I realize how mercurial Anglicized spellings of Yiddish words are, or that the words didn’t sound at all the way I sounded them out.) Here’s part of what Borges wrote:

On the earth there are, and have always been, thirty-six just men whose mission is to justify the world to God. These are the Lamed Wufniks. . . . If a man comes to realize that he is a Lamed Wufnik, he immediately dies and another man, perhaps in some other corner of the earth, takes his place. These men are, without suspecting it, the secret pillars of the universe. If not for them, God would annihilate the human race. They are our saviors, though they do not know it.

This mystical belief of the Jewish people has been explained by Max Brod.

Its distant roots may be found in Genesis 18, where God says that He will not destroy the city of Sodom if ten just men can be found within it.

The very idea of God carefully studying mankind in such a peculiarly precise, predetermined fashion appealed to every instinct in my lapsed Catholic body. It would make a hell of a story.

Some elements of it would have to go. I dropped the “lamed” portion of these holy test subjects’ name and invented a spelling of “wufniks” that actually reflected its pronunciation: vautneks. Thirty-six was too many characters. Remembering that nines and threes reign supreme across dozens of cultural mythologies, I pared it down to nine. The notion that God would hand-pick His representatives, knowing already they were just, and simply undo the world when He could no longer find the thirty-sixth man to fill up the game day roster just seemed too tidy. I was more interested in the notion of the experiment itself. Could a tiny, totally random sampling of humanity hope to represent the species well? Is there any way for human beings to know that a creator is studying us, and if we did, what would we do? Do we do “right” only because we don’t want to be caught doing wrong? And what, God help us, is actually “right,” anyway?

I teach at the Illinois Math and Science Academy – Hogwarts for Hackers, where students steep in an equal mix of ethical, humanistic sciences and caffeinated meme culture. It’s the right place for me because as much as I’m a child of the humanities, I’ve always been fascinated by the scientific impulse, the urge to know which is fundamental to human reason. Take physics. So much of its finest details still aren’t understood the way we understand the microscopic details of our own bodies. The idea that there is a particle we can’t actually pin down that’s responsible for why objects have mass is fascinating. Essentially, if we take for granted that everything in our universe is mass or energy (and translatable to one another), then the Higgs boson is a creator-particle, a particle that grants us existence itself, the capacity to be measured and judged and understood. It truly is the God-particle.

As a humanist, my work at a STEM-focused, logic-loving institution recalls the age-old tension tension between reason and faith. If the lamed wufniks were the inspiration for The Nine’s plot, then that tension inspired its world. It’s a world where humanity chains faith and religion to observable, measurable data, and transforms the worship of gained and ordered knowledge into the worship of its creator. I made that world to test my skepticism about the limits of empirical knowledge.

What better way to build that world, and to blow it all up, than to go a little Borges and prove to my character that yes, someone really is watching?

If God is an experimenter, a scientist in His own right, He’s got to keep notes somewhere. And that means someone’s bound to find them, sooner or later.