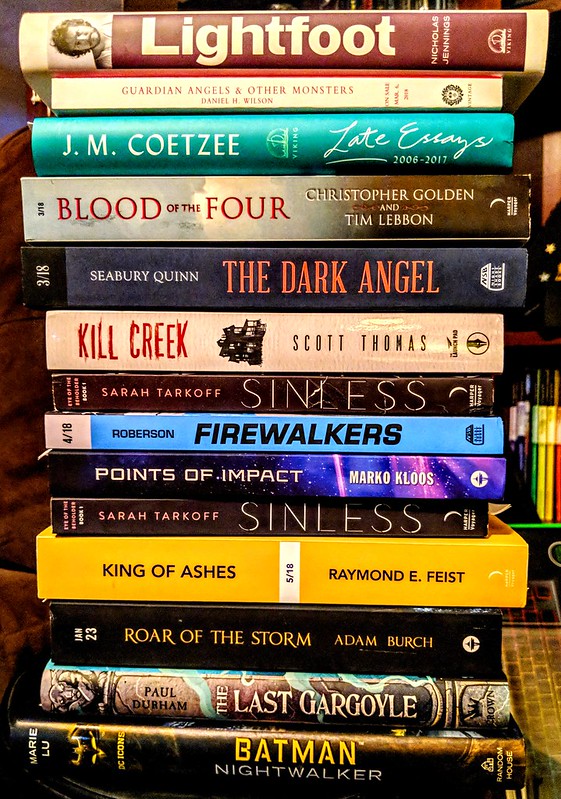 Happy solstice! To celebrate the longest night of the year (on this side of the globe anyway), I’ve got a very fine stack of new books and ARCs for you to peruse. See anything here you’d spend a long evening with? Tell us all in the comments. 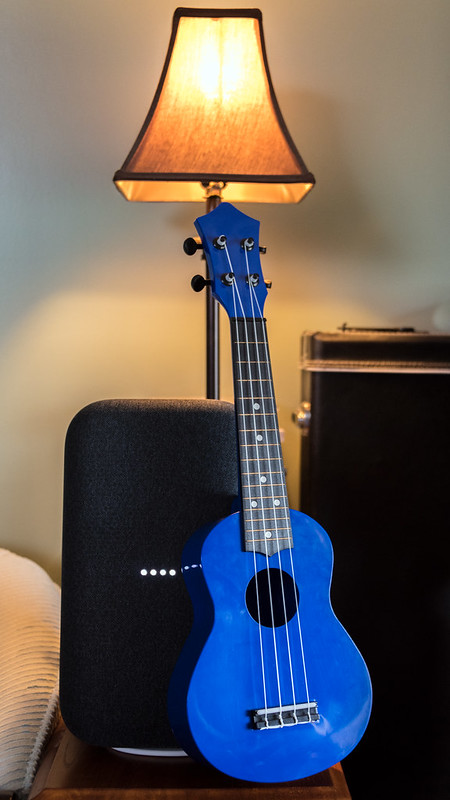 Google went and made a big-ass home assistant called the Google Home Max, which boasts two 4.5-inch woofers, and commensurately-sized tweeters and the promise that it would be a) useful  like the regular Google Home and b) sound pretty good, for $399. Well, I have a fair number of home assistants in the house now, but none whose sound will carry well into another room, and I came into some money recently, so I decided to give it a shot.

And, well. It certainly is loud. I have it in my office right now, and fills up the room at probably 40% volume, and I can hear it pretty much anywhere in the house at that level. I suspect at 80% I’d start rattling windows; I haven’t taken it up that loud. The sound fidelity is pretty good too. I’m mostly using it to play stuff from Google Music and Spotify, so a lot will be dependent on what streaming quality one is using. But it works for my needs, soundwise.

Otherwise, it works like Google Home — you can ask it things and it will answer via the Google Assistant, it can operate smart appliances in your home if you want to go that way (I don’t; I can turn on lights by myself) and you can use it to call people if you have yourself an Android phone. You can operate the speaker via your Android phone via the Google Home, and it has a touch-sensitive strip on the side for raising/lowering the volume and for pausing music.

All of this works reasonably well but I’ve actually had several glitches in getting it to do things for me. The reason for this, I suspect, is because I have more than one Google Home device within earshot when I speak to it, and the other ones are picking up the instructions, and the devices sort of fight among themselves as to which one gets to fulfill the request. This means requests for me are a little laggy unless I modulate my voice jusssst right.

(Not to mention my phone is Android and has Google Assistant on it and will also try to fulfill the request.)

So there’s an irony here, which is that indulging Google’s likely desire for me to have more than one Home gadget (and an Android phone) means that their performance degrades because they can’t tell which one I’m meaning to speak to. I suspect this could be solved by the ability to use a wake phrase other than “okay, Google” — i.e., consumers are able to name their home assistant devices (and phones) and have them respond to that name. It doesn’t seem like this should be a real technological issue at this point. Google and Amazon (and Samsung and Microsoft and anyone else doing assistant software) needs to get on it.

But this may be an issue specific to me and others who have multiple devices of this sort. For anyone else who wants a home assistant that can also blast tunes loud enough to alarm your pets, the Google Home Max is a very nice, if not exactly cheap, choice. 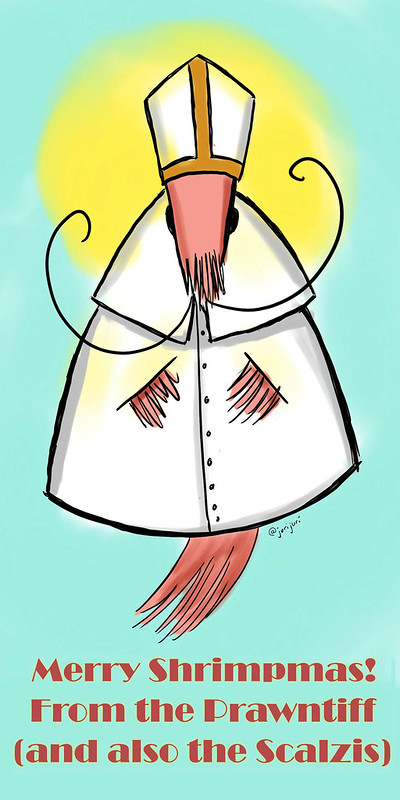 It’s lovely and truly captures the sentiment of the season.

Its genesis comes from a bad pun I made on Twitter (“If shrimp had a religious leader, it’d be known as the Prawntiff”) and then art of the Prawntiff being made by @jurijuri. It delighted me so much that I asked her if I could use it for a holiday card (I then also paid her for the work, because that’s what you do).

And now I’m sharing it with you. I hope your holidays are delightful, and that the new year will bring you joy. And so does the Prawntiff.