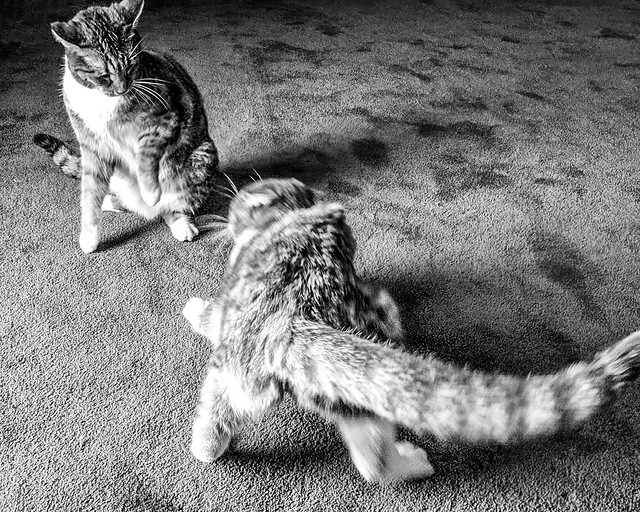 As with much of North America, around here it’s been single digits (Fahrenheit) and below for several days, which means the cats are spending almost all of their time indoors. As the days have ground on they’ve started getting crankier with each other, and so we have more-than-usual moments like this, where they tussle with each other, I suspect more out of boredom than anything else. Which is fun for the rest of us — look! Small predators fighting each other is adorable! — but I suspect increasingly less fun for them. The good news is the temperatures are going up above freezing in the next few days, so they can get away from each other again in the great outdoors.

I posted a small video of the Scamperbeats tussling on Twitter earlier in the day with the caption “Cue Star Trek fight music,” and I’m happy to say someone obliged:

We are all doing what we can to keep ourselves amused in the winter cold.