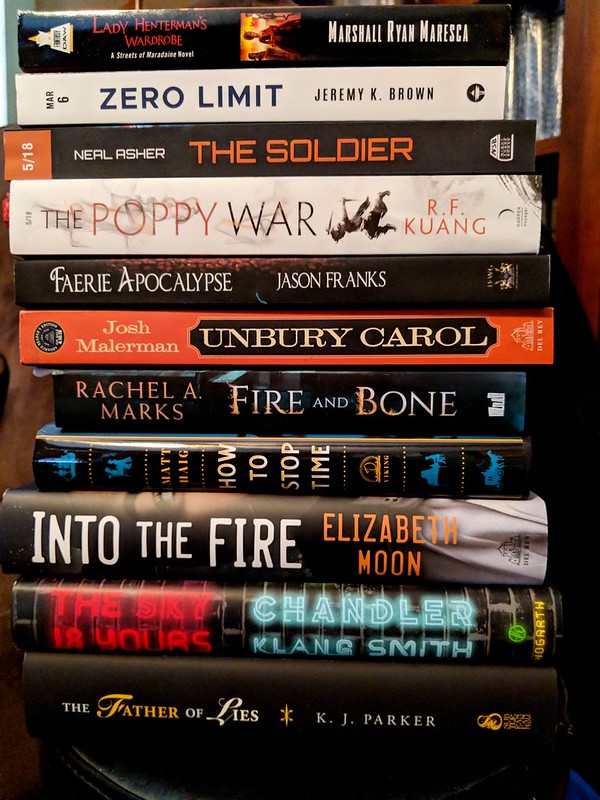 What a very fine stack of new books and ARCs we have going on here. Do you see anything that calls to you here? Tell us in the comments! 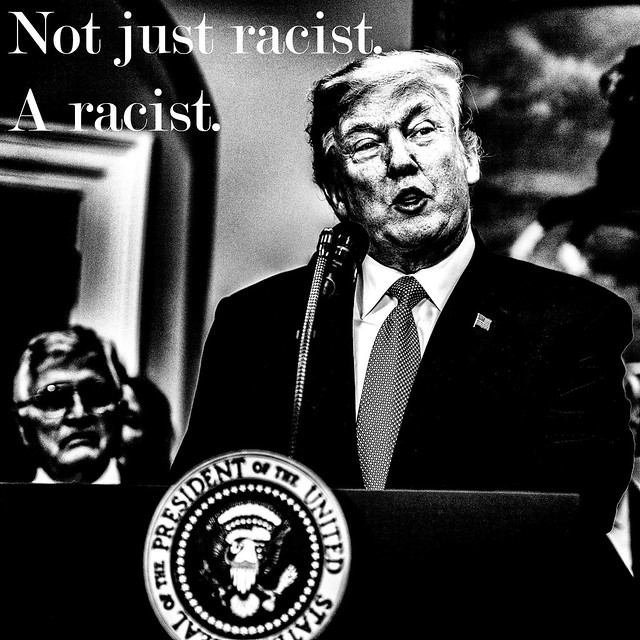 Here in January of 2018, this is the deal: I’m gonna judge you if you can’t admit openly and without reservation that Donald Trump is a racist. Not just racist, which is to say, he has some defense in the idea that we live in a racist society so we all participate in its racism whether we like it or not, but a racist, as in, he’s actively prejudiced against non-white people and groups, as evidenced by his words and actions, both before he was president but especially since then. If you can’t admit this here in January of 2018, when the evidence of his racism is piled up grossly upon the floor in full view of everyone down to the cats, then I’m going to go ahead and judge you for it. It’s long past time, folks.

(He’s also sexist and religiously bigoted and transphobic and classist, among many other bigotries, but let’s go ahead and save those for another time.)

Mind you, people are still going out of their way to pretend that the president’s comments yesterday about “shithole” countries isn’t really racist (“Well, they are shithole countries, not that I know anything about them, which conveniently means I can elide the centuries of racist colonialism and exploitation countries including the United States have engaged in to help make them so”) or how immediately contrasting those “shithole” countries with Norway isn’t racist (“There are brown people in Norway too, just ask Anders Breivik”) or when all else fails trying to change the conversation to be about whether the word “shithole” was actually used (it was), rather than acknowledging Trump’s entire position in the conversation was racist and “shithole” was just the juicy soundbite.

But we don’t have to be those people. Trump said a racist thing and he wants to keep people from these “shithole” countries from immigrating to the United States (as opposed to people from Norway) because he’s a racist. There are other reasons he doesn’t want them here, to be sure (Trump also hates poor people, as an example, and many of the immigrants are liable to be poor when they arrive), but none of those mitigates or obviates the racism. That it’s there too doesn’t subtract or divide its vileness. It adds and multiplies it.

43% of immigrants from “shithole” African countries have a bachelor’s degree or higher, compared to 33% of the overall American population.

“Nigerian-Americans, for instance, have a median household income well above the American average.”https://t.co/Vmk3vkOLyd

At this point, there’s nothing to be gained by pretending that Trump isn’t a racist. Rather, the opposite: The willingness to deny Trump’s active, obvious and unsubtle racism suggests not just passive complicity in his racism, but an active participation in it. Trump’s folks in the White House yesterday suggested that his “shithole” comment would resonate with his base, which to be clear, is an explicit acknowledgement by the White House that it considers his base to be just as racist as Trump himself. If you consider yourself part of Trump’s base, you now get the chance to indicate whether or not you are as much of a racist as Trump.

And maybe you are! We do know that while not all Trump voters consider themselves racist, nearly everyone who considers themselves a racist voted for Trump. Maybe you’re one of the people who celebrates Trump’s clear and unambiguous racism. But if you don’t in fact consider yourself a confirmed and unapologetic racist, now is a fine time to make that clear. Even if you supported Trump before, it’s not too late to get off that rapidly-derailing train and to tuck-and-roll yourself clear of the continuing association with the man and his active racism.

And here’s the first test of it: Do you believe Trump is a racist? At this point it’s really a “yes” or “no” question, with no waffling qualifications needed. If you answer anything other than “Yes,” to that, well. You should really ask yourself why. And in the meantime, expect to be judged. By me, as noted. But, I strongly suspect, by others as well.