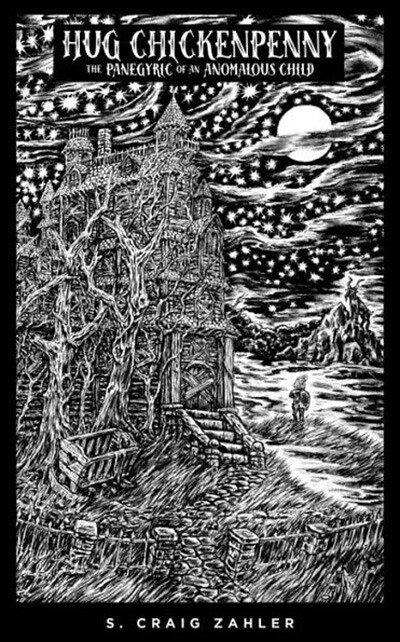 S. Craig Zahler writes and directs films most of the time, but the story of Hug Chickenpenny was one that called out for written rather than cinematic form. But Zahler found there was a theme that ran through his book writing efforts that ran through all his other efforts as well. He’s here to tell you what it is.

Perseverance is possibly the single most consistent quality that the protagonists have in all of my different pieces, whether science fiction, horror, crime, western, or just, let’s say, this gothic fairy tale that is Hug Chickenpenny.

I originally created this character probably about 20 years ago. At that time, I was reading a lot of Charles Dickens. Also, I was a big fan of David Lynch—and still am—and so I think those sensibilities are there. But, typically, my inspiration isn’t so much that I see something and want to emulate it, it’s more that I think of something I haven’t seen—perhaps in a genre that I have seen—and think of a new way to bring it to life.

So, in the case of Hug Chickenpenny: The Pangegyric of an Anomalous Child, I was interested in doing something that had a Dickensian scope—and it’s an orphan tale, so it bears that relationship—but, at the same time, I knew that I wanted the titular character to be different from any I’d read about, and for the world to be comparably unique. And so it really comes from a place of me wanting to read a story and write a story that I hadn’t quite seen before. But certainly Charles Dickens, David Lynch, and the incredible books by Mervyn Peake– The Gormenghast Trilogy– are all things that influenced what Hug Chickenpenny became.

So, certainly that’s there: Perseverance. Seeing how someone deals with trying situations and how they overcome them as things get harder and harder, whether it is Arthur with the broken leg in Bone Tomahawk still continuing to make the journey towards his wife, or the terrible prison situation that Bradley finds himself in in Brawl in Cell Block 99.

Hug Chickenpenny starts off in a situation worse than either of these people, and how his character develops through it– as well as the effects of his early relationships with George Dodgett and Dr. Hannersby and the other characters– says a lot about who he innately is. So perseverance is there throughout. I am on day 13 of a 28 day work streak, where every day is 14 to 16 hours. Just, in the last five days, I wrote eight soul songs with my songwriting partner that are going to go into a new movie.

And then, after working until 8 in the morning on Sunday through Monday, I came into the editing room, worked until 5 in the morning last night, and I’ll be here just as late tonight. So it’s something I do: I push hard towards the things that I want. I have a lot of drive, and that’s a common trait for the lead characters in pieces I do. Not all of them, but I’d probably say the most common trait is: they persevere.