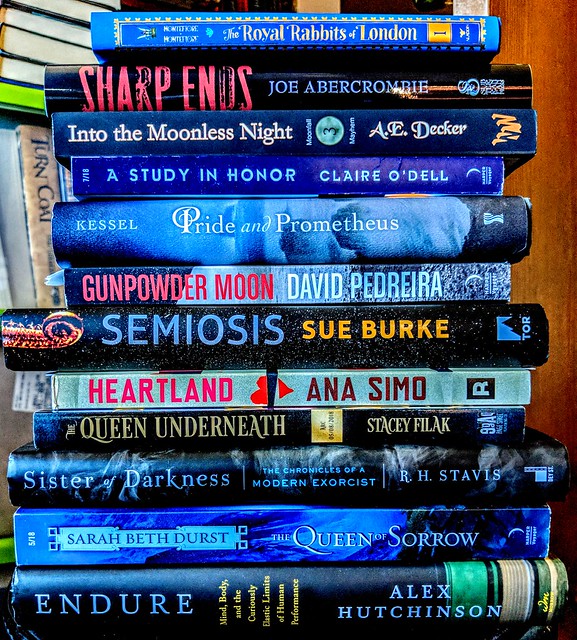 Some lovely tomes in this week’s stack of new books and ARCs. Tell us which ones beckon to you in the comments!

An email just showed up asking if I’d seen to the new Producer’s Guild of America anti-sexual harassment guidelines, and whether I’d endorse having them implemented on any film/TV production I’d work on, or which was based on my work.

For reference, here are those guidelines.

My thoughts: The guidelines seem reasonable and to the extent I will have any say in these things, I’d endorse them for any production I work on or which is adapting my work. I don’t think it’s onerous from an implementation point of view, and bluntly I don’t think it’s too much to ask for that any production of my work be as harassment-free as possible. So, yes, I’ll bring this to the attention of my current production partners (particularly those who are in the PGA), and any future ones. Given who I’ve chosen to partner with, I don’t expect much in the way of push-back.