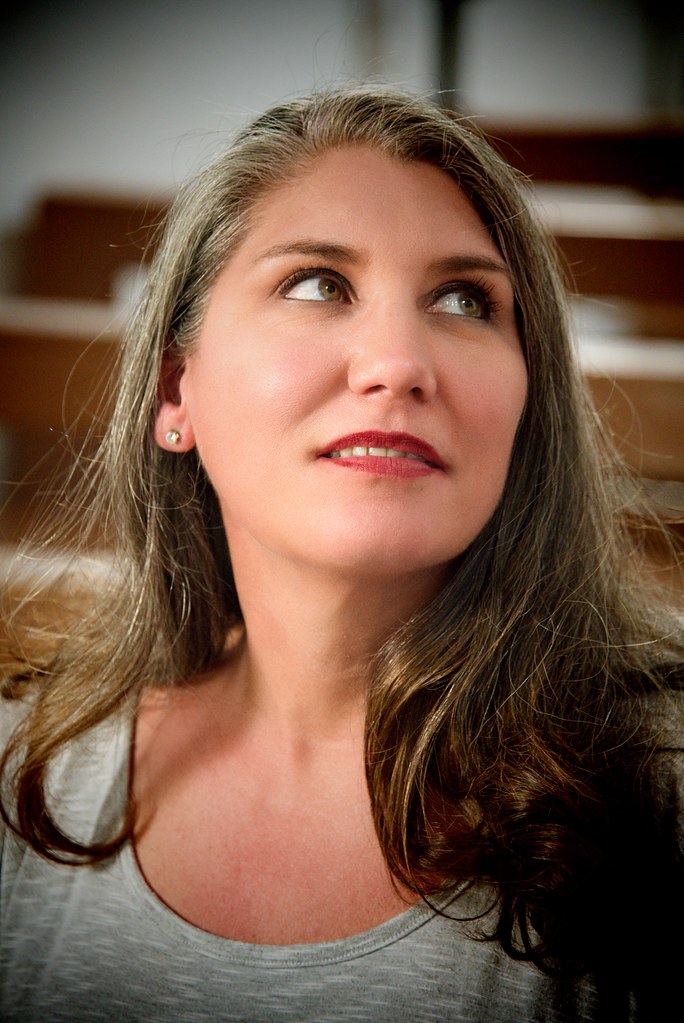 A picture of her at the mission in Loreto, Mexico. If I remember correctly, she’s looking up at a saint, or the Virgin Mary. She’s pretty great (Krissy, I mean. The Virgin Mary’s all right, too, I guess). 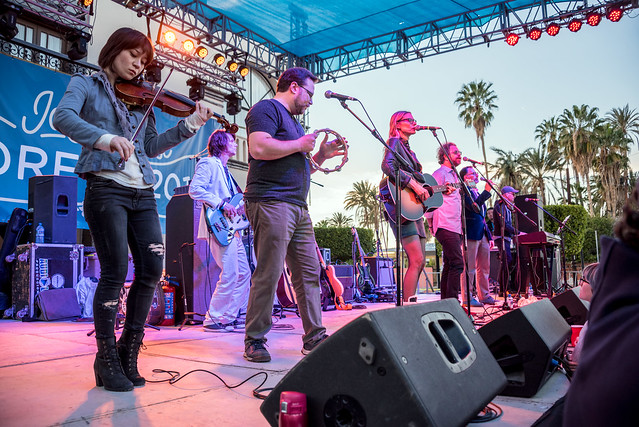 I spent last week on the JoCo Cruise, an annual excursion filled with music and comedy and readings and crafting and games and nerds, and one of the big events on the cruise was a land-based concert in the Mexican town of Loreto, featuring MC Frontalot, Paul & Storm, Aimee Mann, Open Mike Eagle and of course Jonathan Coulton. It was a fabulous time, and as I am wont to do these days, I got out my camera and decided to document it in photos. If you’re interested in seeing the photo set, here it is on Flickr. In addition to the concert itself it features a few extra special guests. What’s not to like? Nothing, I say! It’s all to like! Enjoy. 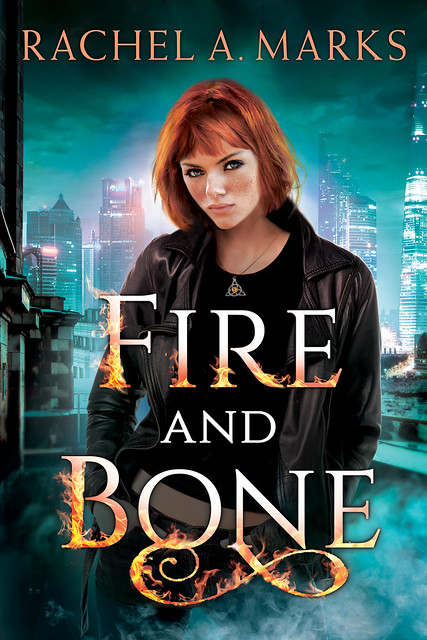 Author Rachel A. Marks reached into her own personal mythology to help craft her new novel Fire and Bone — a little bit of early imagination finding its way into a tale in present time.

I’m going to be honest right up front; the Big Idea for Fire and Bone is a bit wee. It’s even a little childish. But, hey, I was a kid when the seed was planted, so that’s fitting. You see, my imagination has always been more than reality could handle. And, since I can remember, I believed with very little doubt that faeries were real and—hold on to your hats, folks—I was one.

I didn’t buy into Santa or the Easter Bunny, but I would have bet my life on fae parentage.

In my youthful head, the story went a little like this: My faerie mother was running from something—a mean elvish king, maybe?—and she couldn’t take care of me anymore. So, she left me on the beach (which is obviously why I loved the beach so much), and eventually these two humans stumbled upon me wrapped in kelp and took me home. They just didn’t remember that I wasn’t really theirs, because they’d been put under a spell.

For the doubters, there were a handful of breadcrumbs my kid brain had reasoned out.

Exhibit A: I had green eyes while my parents had blue and brown.

Exhibit B: I didn’t fit in with other kids. At all. I was too different, too quiet, too aware of birds singing in the trees, or the specks of gold reflecting sunlight in the sand. While the other kids played kissing-tag at recess, I collected leaves and made villages for the ants.

Exhibit C: My favorite thing in the world was being submerged in salt water, as deep as I could go. I’d dive down beneath the waves and hold on to the rocks on the ocean floor, blinking at the foggy world of fish and seagrass. So, obviously, I was from the mermaid species of the fae community.

Needless to say, I’ve always been more than a little drawn to folklore, my childhood whimsy morphing into a hunger to study history and legend. Namely, British and Irish. My grandmother was Irish on her mother’s side, disowned for marrying an Englishman, and that family soap opera, told over cinnamon toast and hot chocolate at my grandma’s humble kitchen table, only urged me on in my discoveries. The wilds of the ancient Celts and their pantheons through the ages became one of my favorite things to study, and the fiction that reimagined the mythos over and over became my favorite thing to read. I loved exploring the darker things that terrified even the Romans, sparking them to build Hadrian’s Wall.

Then a little over a year ago I was asked to put together a proposal for my publisher to consider once my debut series ended. As I sat there, mulling over the strange tangles I was managing to pull out of my deadline depleted brain, my only thought was, I wanna write something fun.

I needed the equivalent of book comfort food. And what’s my favorite thing to read about?

But not the cute, Disney reimaginings. I wanted the hypnotic, darker myths, the ancient grit I’d found in my research.

Up popped the big idea: I could reawaken those ghosts of Erin and Albion, and bring them to life in a new way in the modern world—the scent of rosemary burning on the brazier, the distinct blue lines of woad on the skin of a warrior—I could watch the ancient things twist and grow into the iron and concrete of the city as legend wove through reality. I could raise the gods from the dead, and watch them walk the streets once more, playing their games with those weak human hearts in all new ways.

I had my mission. But as I began to create the world of Fire and Bone I realized something wasn’t working. My main character’s journey was too simplistic as it formed. I wanted to take it deeper, draw this strange world around her more, make it wider, weightier. Older. I needed the reader to feel the centuries in every dusty corner. I needed an ancient rite, a thousand-year-old secret.

And so, in spite of my looming deadline, I stopped word-counting and let myself play for a few days. I explored the past of my characters even more, searching out details that might spark the right inspiration, or cast a more effective shadow. I stretched at the framework of my world, picking at the threads here and there. And something surprising bubbled up through the layers.

My very own faerie tale was whispering to me.

“…in the long summer of wyne, the babe was abandoned within the Caledonian wood by the widow, for she hoped that the fae would take back their trickster gift and the gods could be appeased. But no wolf or beast consumed the child. It lay, surrounded by the arms of ash and birch, and soon was found by a humble monk of unknown title to be raised in seclusion until her twelfth year…”

It was like Christmas came early. I’d discovered the fuel I needed to realize my vision more clearly. Plus, a faerie tale!

Everything about my character, my world, suddenly unfolded in front of me. And I dove into the process, head down, fingers flying, imagination buzzing. I knew I could finally create the story I’d been envisioning in foggy pieces. I’d make it stark, I’d make it funny. There’d be beauty, ambiguity, deadly hunger, and ancient secrets. And I’d drag the reader through the madness with pacing abandon. It was going to be beyond epic. Bwahahaha!

Well, that was the dream, anyway. I certainly had fun playing in my historical sandbox of myth. And any faerie relations have yet to complain. 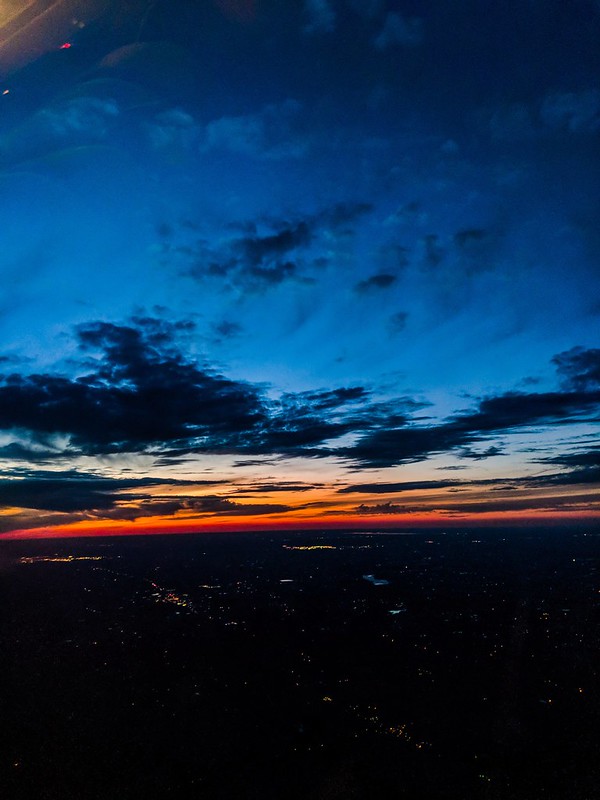 From the plane as it was descending into Dayton. It’s good to be home.