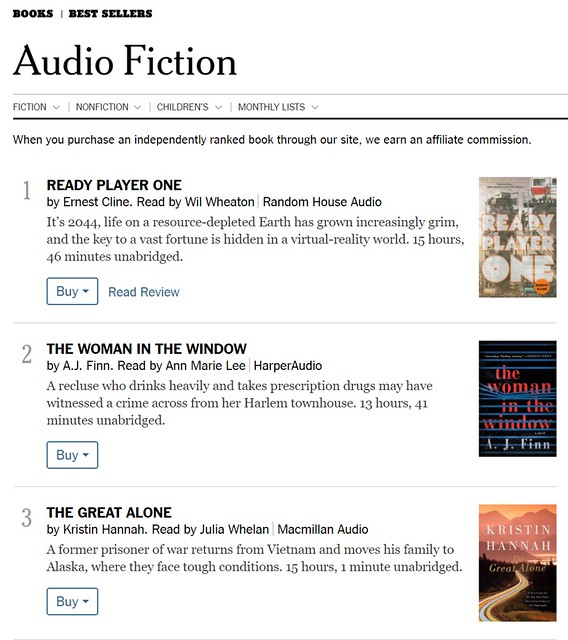 And look at what’s number eight on the list!

Yes, The Dispatcher. That’ll do just fine. The Dispatcher had already been a bestseller (it had topped the Audible Bestseller list on more than one occasion), but of course the New York Times has the bestseller lists of record, as it were. So this is a neat further recognition of its success in entertaining people.

I’ll note the Audio Fiction list is rather heavy with science fiction titles, with a full third of the titles from the genre, including the number one title (which also has a film of it coming out in a week or so, which I suspect helps too). It’s a nice showing for the genre. People seem to like science fiction in their ears.

Congratulations to everyone else who has made this new NYT list, which among other things shows that audiobooks are a medium that matters. They’ve certainly made a difference in my career, and I’m happy to see them, and these authors and narrators, get recognition for their efforts.