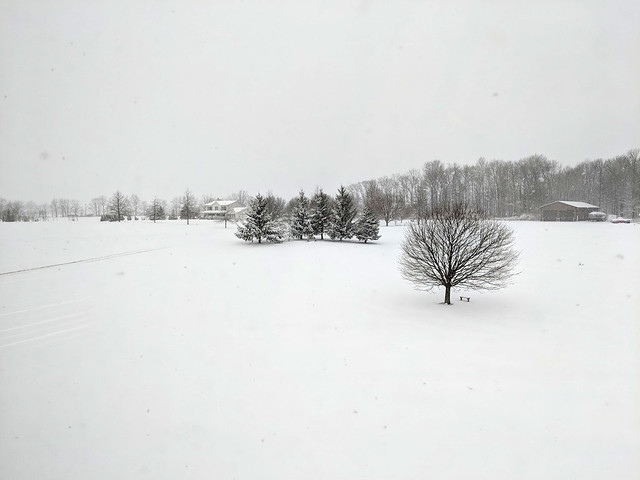 Our backyard here on the second day of spring. To be clear, as late as 12 hours ago it was entirely snow free. Now look at this. It’s probably the most snow we’ve had fall in a single day the entire year to date. Get it together, spring! You’re better than this!

So, you piled under snow, too?

105 thoughts on “Okay, But, Seriously, Spring, What the Actual Hell”