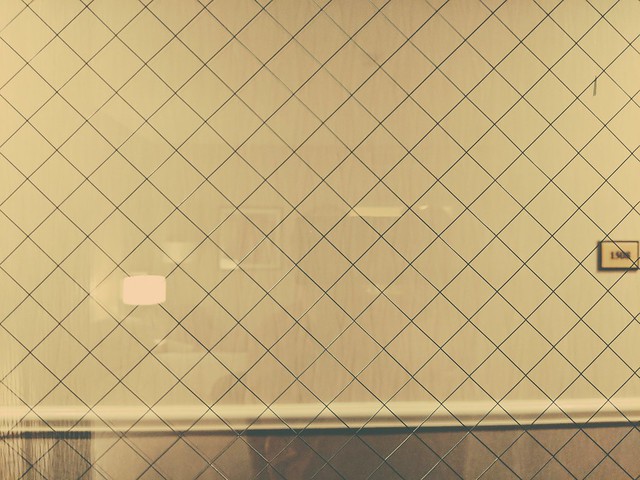 Inspiring, no? I’m in a hotel where the window looks out to the interior, and also to a wall. But you know what? The room’s nice enough, and that’s fine.

Tonight: I am at the St. Louis County Library! Everything starts at 7pm! Come on down, Missouri! I want to see all of you.

Tomorrow: I am in New York City, at the venerable Strand Bookstore, also at 7pm. It will be my first time ever doing an event there. I am very excited about that. 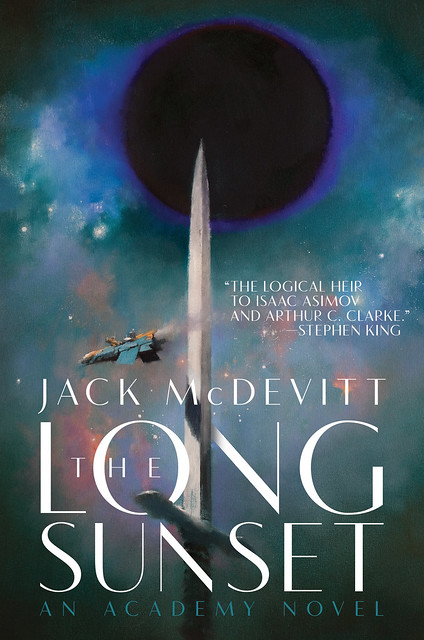 In today’s Big Idea, Nebula Award-winning author Jack McDevitt looks at the concept of alien invasions and how they might not be what we expect — and how our interaction with alien civilizations might be different than we might imagine — and how it all fits in with his latest novel, The Long Sunset.

Recently Michael Hippke, an astronomer at the Sonnenberg Observatory in Germany, collaborated with John Learning of the University of Hawaii to produce a study stipulating that our terrestrial civilization might be in danger of an alien attack. This was a variant, however, from the standard notion of giant warships arriving to unleash a direct World War II-style assault. The nature of the threat now is described as electronic contamination. It might constitute nothing more than an e-mail arriving in your mailbox and offering you a large cash prize. Or immortality. ‘Simply open the attachment.’

Actually that sounds like a good title for a modern version of Damon Knight’s classic “To Serve Man.” Open the attachment and download a virus that allows the interstellar hacker to take over the entire electronic grid. Seated quietly inside his bedroom on Aldebaran III, it may simply play games with us, or shut us down completely.

Scientists have been signing statements in substantial numbers urging us to cut back as much as possible on the radio signals which, they say, are alerting high-tech nearby civilizations, if they’re actually there, about our presence. Leading the charge in recent years has been Stephen Hawking. Recently, he had been at the forefront of the Breakthrough Listen Project, which has been scanning nearby systems in an effort to locate aliens. But as determined as he was to find out whether there was life in the neighborhood, he had no interest in reaching out to anyone who showed up on the scopes. It would simply be too dangerous.

Some will argue that there are no nearby high-tech civilizations, otherwise how do you explain the unrelenting silence? One answer to that might be it’s because they’ve been bombing one another out of existence. Or that they understand the danger and keep their transmitters shut down.

How much more intense, one wonders, would the resistance be if we had an FTL drive, and the capability to visit other star systems? That we were actually doing it while scientists and politicians complained that we could not be sure who or what might be following us home. That is the reality in which star pilot Priscilla Hutchins lives.

But there is good news: Although a substantial number of living worlds have been visited, hitech civilizations are almost nonexistent. There had been a few, but they are long gone. Nevertheless, the discovery of collapsed worlds does not make anyone feel safer. The countries that have participated in the space program are backing away, and reports have gotten out that interstellar flight is about to be shut down.

While the struggle goes on, a new super telescope is brought online, and we pick up a transmission, from thousands of light-years away, an incredible signal: a mixture of music and images of a waterfall.

We think we know the system it derived from, and an effort is quickly put together to launch the Barry Eiferman.

Priscilla has had a good career as a pilot, and she is quickly tabbed to lead the mission. They are trying to launch from the terrestrial space station when the shutdown order arrives. The Eiferman proceeds anyway, thereby guaranteeing the animosity of several political leaders, including the U.S. president.

Nothing proceeds as expected, and they encounter several surprises. Among them is an ocean world, with friendly creatures living on islands. The occupants are pleased to have visitors, showing none of the fears that have taken over the climate at home. They have electricity, radios, cars, and steamships. Priscilla and her team enjoy their time on the planet. There is obviously no connection with the waterfall transmission.

They have a temple with a globe perched atop its steeple. After Priscilla’s team has gotten some command of the language, they ask about the globe. The being who operates the temple stares down at the globe and spreads his hands over it. “It’s a dangerous world,” he says. “We are all in it together.”

But Priscilla and her team have been keeping something from their hosts: The ocean world is on the verge of being destroyed. Is there a way to help? Should we even tell them? “No,” says Priscilla. “Not unless we can talk the people at home into getting behind an all-out effort.”

It was hard to see how that could happen.