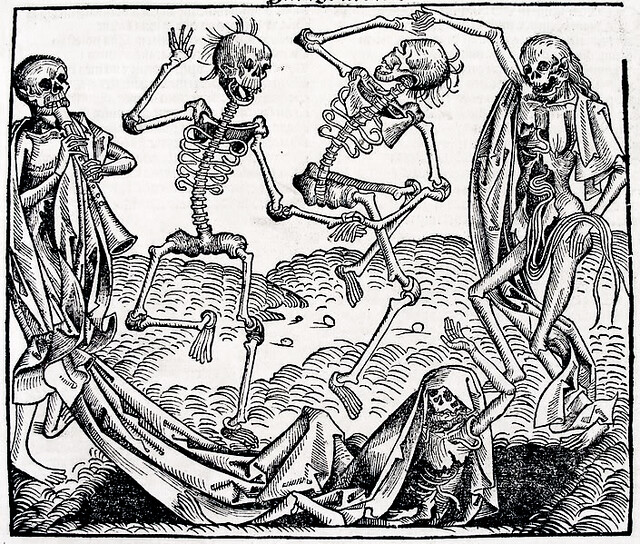 Well, this is a sort of ironic question to address on my birthday, from Theo, who asks:

Do you think about mortality frequently or do you try to put it out of your mind? Do you think it’s better to ignore it or jam pack as much as you can into every minute with one eye on the clock?

Well, if I’m going to be right up front about it, I neither frequently think about mortality nor try to put it out of my mind. At this point I’ve largely made peace with the fact that I will not be immortal and that I will one day die, and also, that there are probably worse things than being dead.

I suspect this is the case because, honestly, I’ve been dead before — more accurately, not alive, which is what being dead is. However, this particular session of being not alive happened prior to my birth, and we don’t call that being “dead” even if that’s effectively what it is. Whatever you call it, I was not alive for the first 13.7 billion years or so of the existence of this universe.

How did I feel about it then? Well, I didn’t feel anything about it. I didn’t exist. Not existing — not being alive — didn’t bother me; I had no capacity to be bothered about it, or to feel anything else about it. I rather strongly suspect that being dead again will be much the same. It won’t bother me, or make me happy, or sad, or anything else. However I feel about not existing prior to non existence, and I imagine I will feel something about it, will be irrelevant. I’ll just be gone. And that will be that.

I should be clear that I like existing, actually quite a bit, and am in no rush to stop existing. But from experience (so to speak) I know that not existing isn’t so bad. It’s not something I’m afraid of. I don’t fear eternal judgment, or worry that I will miss out on some eternal reward. There’s no eternal; there’s just nothing. Intellectual honesty requires me to note I could be wrong about this, in which case, won’t I be surprised. But I’m not so worried about being wrong that it’s going to cause me to change how I live my life.

Since I’m not exactly afraid of death or preoccupied by the nature of an afterlife, on a day to day basis I don’t give either a whole lot of thought. I don’t hide from it, and when it does cross my mind I’ll think about it for an appropriate amount of time. Then I’ll move on, because I have enough other things on my plate to keep me busy — I have books to write, and places to go, and people to see and pets to pet. It’s a pretty full schedule. And when it’s not full, that’s fine too, since when I’m dead, I won’t be able to lie around or nap or zone out, either. I like doing nothing every now and again, and now is the only time when I’ll be able to do it. So, you know, I’m gonna enjoy it.

I will admit that at least some of my sanguinity regarding death comes from the fact that I feel generally content with my life, which is to say, I have accomplished most of the things I wanted to accomplish when I was younger, and by and large there’s not that much about my life that I regret or would change. There is always more to do, of course, and I would be happy for more things to happen before I shuffle off. But honestly, if I get hit by the proverbial bus tomorrow, I don’t think anyone would say I hadn’t made good use of my time on the planet (well, some people might, but they would be jerks).

In terms of jam packing every single moment — nah. Aside from the notation above that I enjoy doing nothing from time to time, I also tend to be a proponent of quality versus quantity. Being frantic to check things off a list would annoy me after a while. Certainly there are experiences I have not yet had that I would love to have, and I will try to get around to them. But probably not in a wild-eyed sprint against death. Ironically, I don’t have time for that.

If you ever get yourself in a spiral about mortality, I would suggest to you that you remember that you, too, didn’t exist before now, and that, if you think about it, it probably wasn’t that bad when you didn’t, even if it does mean you missed the dinosaurs. So future not existing will probably not be too bad, either, and will take care of itself in any event.

With that in mind, you can focus on the part where you do exist, and make the most of it, however that works for you. Good luck with that! I’ll be doing the same.

← Happy Birthday to Me, Here’s a Story For You: “Regarding Your Application Status”
Reader Request Week 2018 #8: Public Speaking →