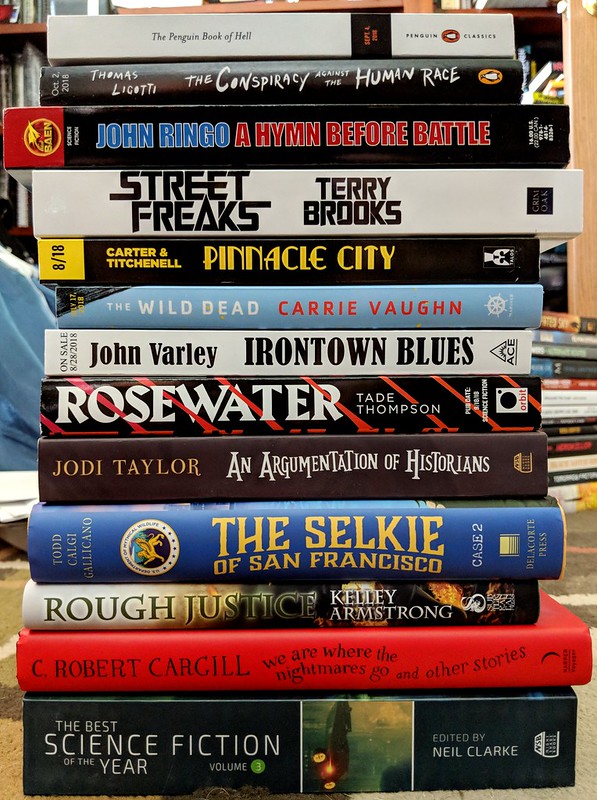 Here you go, folks: Another very fine stack of new books and ARCs that have arrived at the Scalzi Compound. What here is catching your eye? Tell us in the comments! 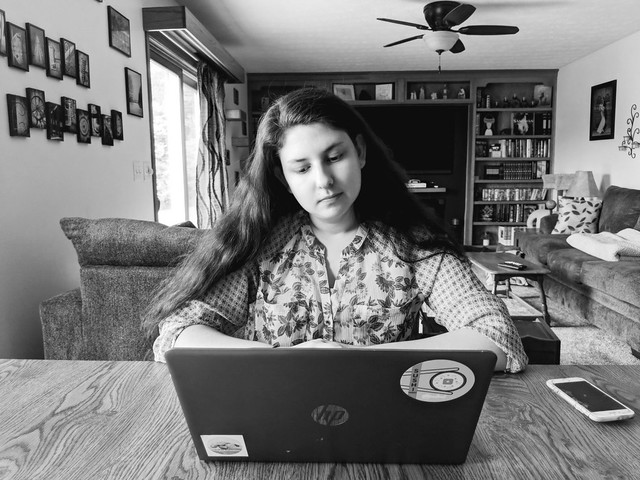 Howdy, y’all. Today is my first day as my dad’s intern, and this is my first Whatever post! My dad is off writing some silly book or something along those lines, and because he is busy he tends to neglect this website a little bit, so I am here to ensure that posts are posted and readers are reading (and, of course, enjoying).

If you’d like to know a little about me, in case you have never seen anything on here regarding me, my name is Athena Scalzi. I am nineteen years old, an only child, a Capricorn, left-handed, and I love reading, writing, photography, baking/cooking, and looking at the stars. My favorite color is purple, my favorite animal is a tiger or a snow leopard (they’re both equally adorable and fluffy and could murder you), and my favorite movie is The Nightmare Before Christmas.

Generally I think I will be posting movie reviews, anime reviews, book reviews, things like that, along with some of my photography and my daily adventures in this oh so exciting life. I’m sure I’ll also post some pictures or recipes every once in a while of things I whip up in the kitchen. In regards to this, there has been some speculation as to whether or not I am as monstrous as my father when it comes to burritos, and I can finally assure you all, I am no heathen. I am a Burrito-Purist and my father’s inventions horrify and appall me.

Overall, I am very excited to be here and look forward to writing for this blog. I sincerely hope you all enjoy what I have to offer and that I give thoughtful contributions to this site, or “whatever”! 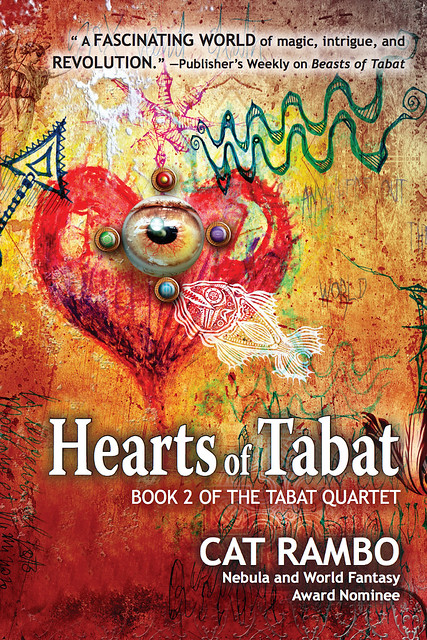 Where to start the second book in a series? If your answer is “after the first book, duh,” allow Cat Rambo to offer another option to you, which she employs in her novel Hearts of Tabat.

My second novel is out as of May 20, and it’s a satisfying feeling. At the same time, I’m a little nervous about it, because it’s not a standard sequel, but rather takes the events of book one, Beasts of Tabat, and provides some different angles on it, this time seeing them through the eyes of a new set of viewpoints, including the best friend and former lover of one of Beasts’ protagonists and the two men vying for her attention.

Hearts of Tabat follows up on Beasts of Tabat not by starting where the first book ends, but considerably before that with one of the scenes from Beasts revisited. The characters from Beasts are there, particularly charismatic gladiator Bella Kanto, but they are seen through the eyes of a set of protagonists. It does end in time after Beasts, and those wondering what happened to Bella at the end of Beasts will find out.

Because of this, there’s a weird and somewhat unanticipated structure, where either book will work equally well to bring the reader in. The next one, Exiles of Tabat, won’t share this trait – it’s placed solidly after the end of Hearts of Tabat, and the final Gods of Tabat definitively after Exiles in its own turn.

I’ve always loved books that are oddly shaped in one way or another, which read one way backward and another frontward, or where any chapter can serve as the beginning, but I didn’t set out to create an oddly shaped series. I worry sometime that I’ve failed to pull it off, but at the same time I know Hearts is a better book than the first one, and Exiles will be even better yet.

And writing this way has let me create an even richer, deeper nook. By now I’ve written three and a half books and two dozen stories and novelettes set in this world. I know it well, but when I go wandering it in that hazy state of slumber that one hopes will carry you off to sleep, I always find new things, new little details, but all of them things that grow out of the shape of the world, caused by the existence of the three moons or the way the terraced city steps down to the water.

By the time I’m done with Gods, though (and I’m hoping the the next books come much quicker once my stint in the SFWA Presidency is over in mid-2019) I’ll be ready to move away from Tabat, for a little while, at least. I’ve been working on a YA space opera at the same time and I want to finish that up, along with a modern horror novel, tentatively entitled Queen of the Fireflies. So many projects and so little time — and who know what shape they will end up being?

Here are some lovely photos I took whilst I was away from the world. Enjoy! 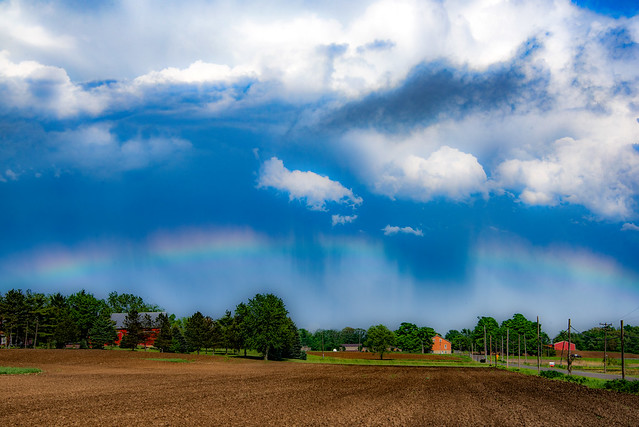 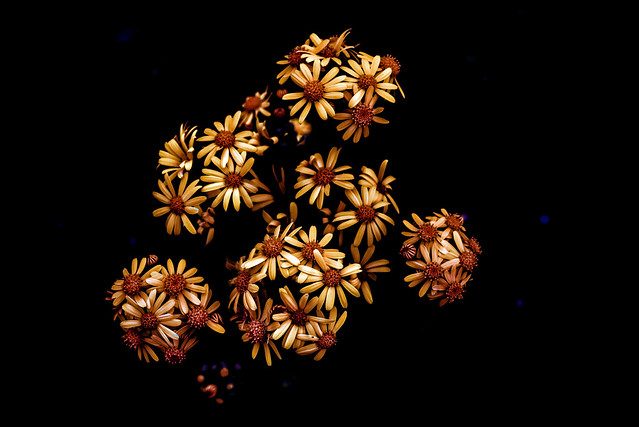 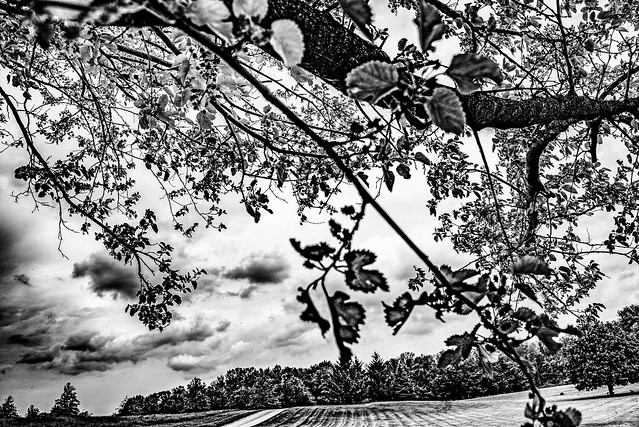 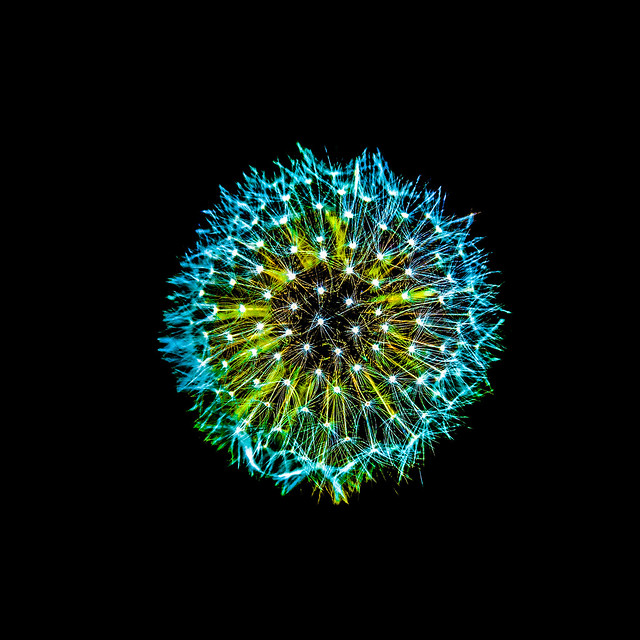 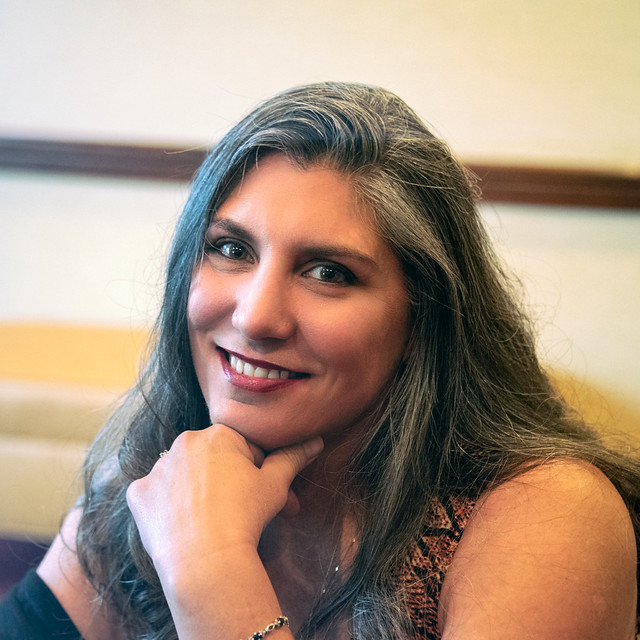 Hope you had a good week.