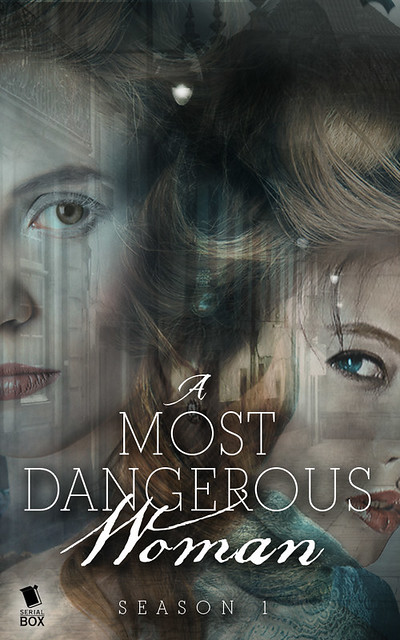 What happens when a science fiction writer goes back in time? A serialized novel following up one of the most intriguing woman characters of 1859! Brenda Clough explains how she got from here to there for her series A Most Dangerous Woman.

I have always thought of myself as an SF and fantasy writer. But I realize now, what I really am is a fan of plot. What I love more than anything is breakneck story-telling. With hairpin turns of development that yet are inevitable, a novel as strong as neat rye whiskey, as speedy as a Porsche, tightly-packed as the app icons on the screen of an I-phone. And I want history, the fathoms-deep delve into the mind and heart of an era – a story that can be both perfectly of its time and yet the window into it for us, the modern readers. I want a book like a time machine.

I want to write, yes! a Victorian triple-decker novel for 2018. A little uncomfortable, for a writer whose brief is to write about the future. But the nice thing about a career in fantasy and science fiction? I can do it. On the page I fear neither God nor man. I have made it all up from whole cloth in my day. This is not rocket science – I’ve done rocket science already!

It has long been clear to me that Wilkie Collins sadly dropped the ball after he wrote his classic sensational novel The Woman in White. Honestly, Wilkie – it should have been shatteringly clear to you that this work cried out for a sequel. The world is in desperate need of more stories about your redoubtable heroine, Miss Marian Halcombe, how could you have missed this? There’s gold in them thar hills, pal. She was the Modesty Blaise of mid-Victorian England, a James Bond in crinoline and corsets. And if you didn’t mine it, I will.

I love plot, yes – it’s the engine of a novel. But if you want a book to go, character is the gasoline. And once I invited Marian Halcombe to take the wheel of the Porsche we were off at speed. Because Marian is one of the first feminist heroines in literature. An ugly woman, in an era when if you couldn’t marry you were bupkis, in the original novel she combated villains to secure happiness for her sister Laura. Is it plain to you, with this one-sentence summary, that the next bit of her story involves happiness for herself? Immediately the car that is my novel began to fill up, not only all the original Collins characters but a new batch.  A husband, of course she needs a husband. But a sexy and rich one.

Teenagers discovering their purpose in life have their own genre, YA. It’s about time we had a happily married couple doing all the married things, in addition to the hair-raising adventure and the cliff-hanger perils. And Victorian thrillers had the full spectrum of awful perils. I blissfully borrowed them all. Bigamy. Dickensian slums with no drainage at all. Nests of anarchists in the heart of London. Murder. Prison – prisons in the 1860s were exceptionally nasty. I see no reason why he should not get typhus in jail, do you? And medical care for that typhus was shuddersome, fantastically useless from our comfortable vantage point. Unwed motherhood, in an era when there was no birth control and having sex without the marriage license rendered you unfit for the company of decent people. Science fiction and fantasy writers know that there’s no point in writing a novel set someplace different if the full gruesome terrors of that time and place aren’t exploited to the hilt. If you’re going to Middle Earth, you have to have orcs, and giant spiders aren’t so bad either.

But I don’t want to just blast from the past. A work published today needs to speak to the modern reader. And the fact is that we often don’t realize how far we’ve come. We live in the bubble that is the present, and we don’t look back. A brief tour through the historical record reveals that it is really worthwhile to have antibiotics and penicillin. The song tells us that we built this city on rock and roll.  No, we didn’t. A city is built on clean water supplies and proper sewage disposal. London in the 1860s, when the Thames was a standing sewer of horse urine and human turds, will prove it to you. Can we lose this again? Oh sure – go to Flint, Michigan and see people poisoned by faulty water supplies. Can women or persons of color lose the rights gained over the last century or so? Open your daily paper. Today I read a statement by a black rapper assuring us that slavery wasn’t so bad. Honestly, dude? Or consider the Rohingya Muslim minority, in Burma. They were citizens of Burma at one point – there are 135 ethnic minorities in Burma with citizenship. But one day they woke up and they weren’t citizens any more, but deportation bait.

We have a civilization which we believe – just like the Victorians, the Romans, the Athenians under Pericles – is the greatest in history. But we can easily let it slip through our fingers, just like that, by inattention or fuggheadedness. Maybe it’ll help, to read a story in which awful things happen to people because a better solution simply isn’t available yet. That’s what historical fiction can do – it says, “This is how it was – behold how it’s better now.” Just as science fiction declares, “See this one trend: if this goes on, we are so toast.” What a relief; I went right around the world, and came back home again. I am still in my genre. This book is in the same line as Jurassic Park or On the Beach.

Fiction allows us to test-drive stuff. Is it a good idea to marry the rat-bag gambler, or should you play it safe with your sister’s suitor? Read Gone With the Wind and save yourself heartache. I hope that you can look up from reading the appalling things that Marian Halcombe gets into (and out of, by main strength) and realize that you don’t want to do that yourself.