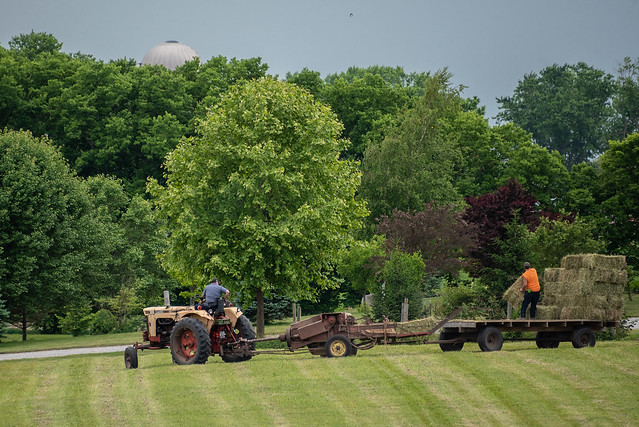 And now, one in an occasional series of reminders that in fact I live in rural America: Here’s my neighbor, in the hay field across from my property, baling the summer’s first crop of the stuff. After the hay’s been cut and baled, the field basically looks like my yard for a while, until the next crop comes up. It occasionally makes me wonder what would happen if we just stopped cutting our lawn for a while, and then invited our neighbor to come bale it up and take it away. Pretty sure it doesn’t actually work like that, though.