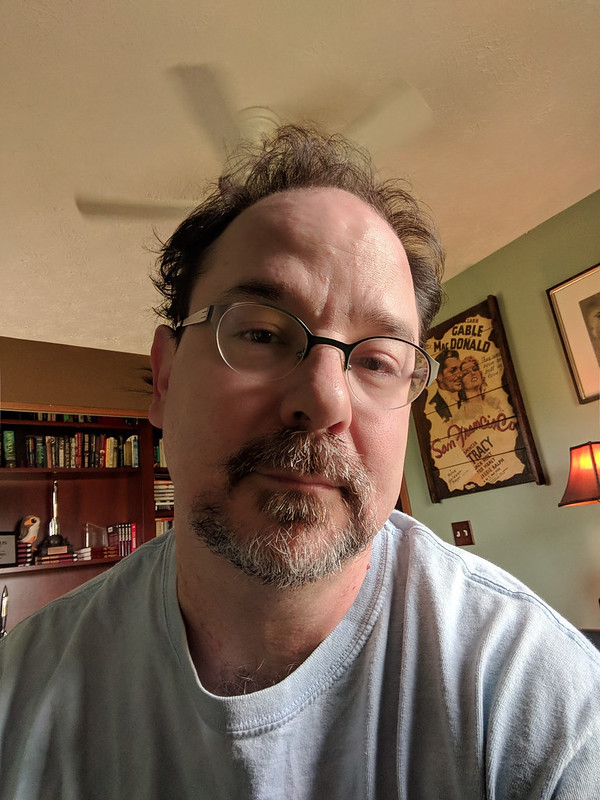 I posted a picture of myself at the beginning of my deadline rush and said I would post another when it’s done and (likely) I was a real mess. Here’s the promised “after” picture. It’s not as bad as it could be because a) I did actually manage a three-hour nap, b) I threw over my original plan not to shave until I was done because yesterday was my and Krissy’s anniversary and I wanted to not look like a shambling yeti when we went out in public for dinner. Also coincidentally I’m wearing the same shirt as in the previous picture. I did wear other shirts in the interim, I swear.

Also, fun fact: You know how I just turned in a book? Well, actually, in the last couple of weeks, I’ve turned in two. That’s right, while you weren’t looking, I did a whole other entire book! This is why I’m tired, people. I’m doing a lot of work, here. Anyway, that other book is still a little bit under wraps, but we’ll be announcing in the next few months. And in the meantime, you know The Consuming Fire is on its way in October.

Also, I’m likely to be brain-dead most of today and tomorrow at least, so if you see me sitting quietly on my front porch, drooling into my shoulder, that’s why. 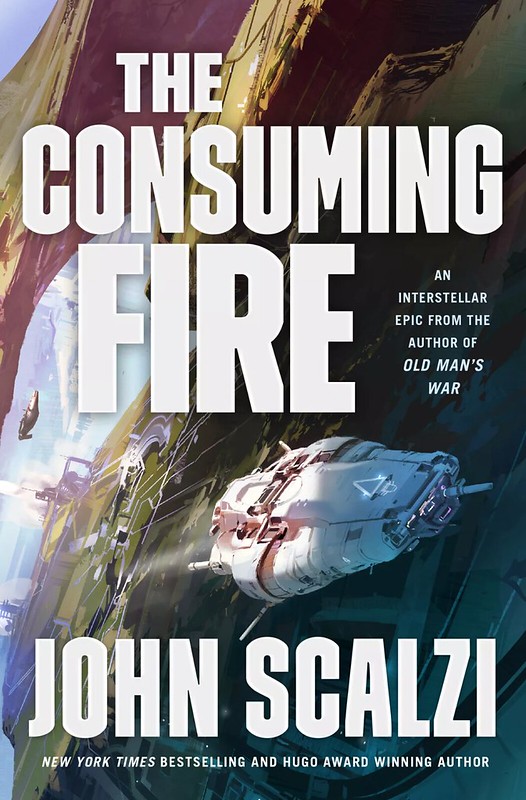 As of about five minutes ago. Wheeee!

For those of you not aware, this is the follow-up to The Collapsing Empire, and in fact follows directly after the events of the book. Emperox Grayland II, Kiva Lagos, Marce Claremont and Nadashe Nohamapetan are all back, along with explosions, fights, thrilling escapes, space battles and mysterious new characters who aren’t always what they seem. You know, the usual. I think you’re gonna like it. I do.

It’s out October 16. Yes, that’s soon, in terms of book production. This is the second book I am turning in at literally the last possible instant. I do not recommend this strategy, people.

Off to do a couple of quick copy edits, and then off it goes to my editor, and then off I go, to sleep. Catch you later. Much later.