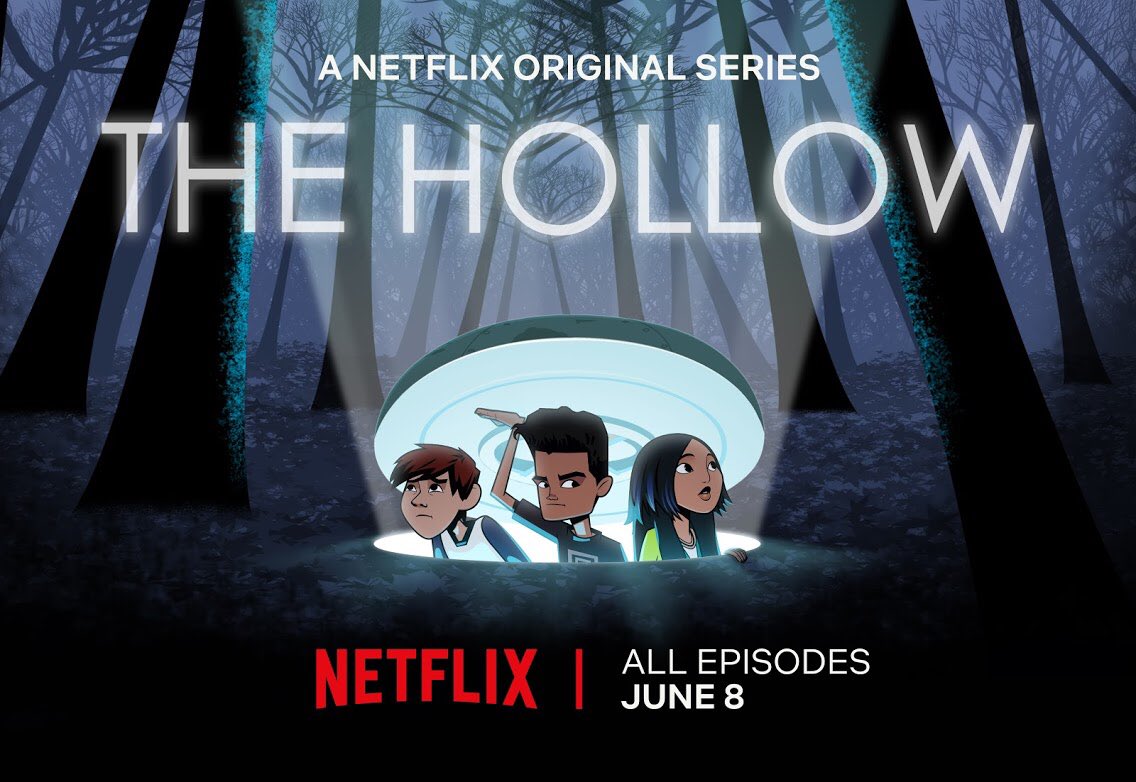 Hey, guys! Welcome to another edition of “What You Should Be Watching”. Today I’m going to be talking about another Netflix original cartoon, The Hollow. This show is so easy to binge, with only ten episodes and each one being twenty-two minutes, I’ll be surprised if you don’t fly through it (I know I sure did).

Basically, these three kids, Adam, Mira, and Kai, wake up in an unknown place with no memory at all, and have to find a way out of this spooky, topsy-turvy world they’ve wound up in, all while avoiding monsters and death.

This show was one of the wildest I’ve seen in a while. It doesn’t mess around, it jumps straight into action and mystery and continues with it through every single episode. Each one more action packed than the one before, each one presenting new theories and ideas as to what the heck is going on in this crazy world the characters find themselves in.

The Hollow is one of those shows where you won’t know what’s going on until they want you to know, and suddenly it all makes sense. There’s minotaurs, sirens, the Four Horsemen of the Apocalypse, demon monks, a talking tree, spider-centaur people, an ice monster, and so many other obstacles these three have to fight just to survive.

Though the show might be a tad spooky for young viewers (it is a kids’ show after all), it has plenty of humor and fun moments in it. The voice acting is pretty great, however I do find the animation a bit odd, but I got used to it pretty quickly.

Overall, this is a really fun show with a lot of cool elements in it. I recommend checking it out, I bet you’ll be hooked right away. Also, if Kai annoys the frick frack out of you, don’t worry, he gets better… mildly better, anyways.

If you’ve already seen this show, did you like it? Who was your favorite character or the coolest monster? Try not to spoil too much though, for those that haven’t seen it yet. And have a great day!

In, one assumes, a patriotic fashion.