What You Should Be Watching: Final Space 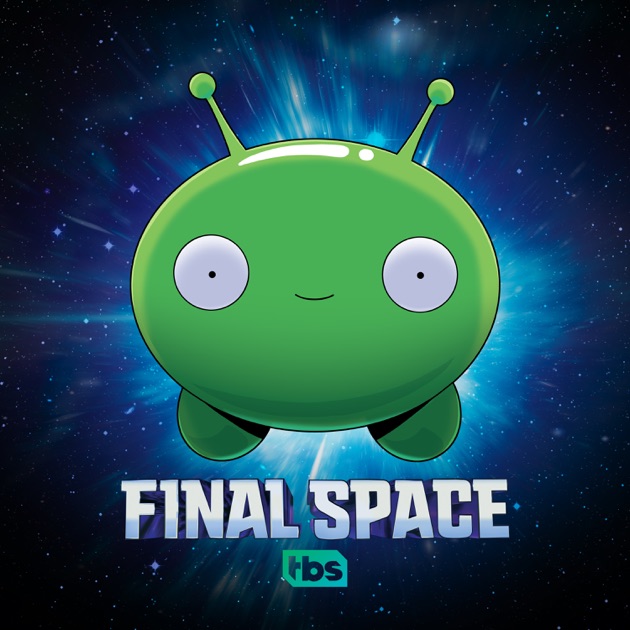 Hello, everyone, and welcome to another edition of “What You Should Be Watching”! Today I’ll be telling you about Final Space, a TBS original adult cartoon. It’s a sci-fi that takes place in an Earth where aliens are totally normal, and the Earth has a military-style organization called “Infinity Guard” that has spaceships and lasers and all that cool stuff.

There’s only ten episodes currently, but the plot is pretty interesting. Basically, there’s this super adorable planet-destroying creature (see above) that the bad guy, Lord Commander, is after. The main character, Gary, a prisoner aboard an Infinity Guard prison ship, finds the little creature floating around in space, and now Lord Commander is after Gary in pursuit of the super weapon, who is now named Mooncake. The ten episodes follow Gary and Mooncake on their adventure to save the universe and stop Lord Commander, and include a variety of interesting characters you’re sure to love.

Anyways, not only is this show super cool because of its sci-fi technology and weapons and cool planets and aliens, but also it’s hilarious! It made me bust up laughing a good number of times. It’s not just what’s said out loud that’s funny, it’s a lot of little things, like the fact one of the characters is named Avocado, or that the main character can never obtain the chocolate chip cookies he so desperately wants. It’s honestly really funny without being that “too vulgar” or offensive kind of funny that a lot of adult cartoons seem to do.

It’s also surprisingly emotional! I actually teared up, like, three times! The characters have real backstories and emotions, and a lot of them have very realistic personalities.

Anyways, I highly recommend this show to anyone who likes funny, action-packed cartoons. If you’ve seen it, did you like it? Do you have a favorite character? Let me know, and as always, have a great day!

5 Comments on “What You Should Be Watching: Final Space”