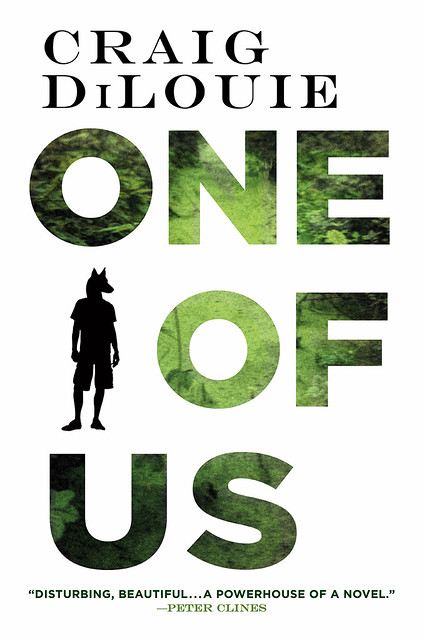 One of the great questions in literature, genre or otherwise, is: What makes a person a monster? In One of Us, author Craig DiLouie takes a crack at the question… and the answer.

My novel One of Us began as a misunderstood monster novel and ended up a much more ambitious examination of prejudice.

What if monsters lived among us, but were only monstrous in appearance? If they had extraordinary capabilities, would they be admired or feared? If they were abused enough and responded with violence, would that violence be justified?

In One of Us, a disease in the 1970s produced a generation of monstrous children that years later are living as teenagers in orphanages throughout the rural South. Rejected and scorned, they are coming of age without rights or opportunity, while those exhibiting extraordinary powers are exploited by the government.

When they’re pushed too far, they finally react, with horrifying consequences.

The result is a visceral dark fantasy about human monsters and monstrous humans told as a Southern Gothic. Violent, dark, and excessive, this type of lit features prejudice, the grotesque, and a society in decay, making it ripe for this novel.

What I wanted to do with the story was pull the reader into a world where a fantastical, sympathetic group is victimized by extreme prejudice, and then let the reader process it with their gut, not their heads.

The idea behind using monsters was to create an extreme example of a group the reader might find threatening but otherwise have no preconceived notions about, allowing greater empathy as we get to know them as individuals.

Unlike typical monster stories in which the monster is innately evil, in One of Us the monsters turn out to be just like you and me. The story therefore becomes an examination of what makes a monster a monster, and what it means to be human.

One of Us had many inspirations, among them To Kill a Mockingbird, with its theme of prejudice making good people do bad things; The Island of Dr. Moreau, with its questions about what it means to be human or a beast; and Conquest of the Planet of the Apes, with its violent, cathartic uprising against slavery. One of the things that makes these works great is a striking question lies at the heart of their big idea.

While the novel has several strong themes that include prejudice, the idea here wasn’t to preach or even put theme in front of the story. There are few clear-cut “good guys” and villains. Like the stories that inspired it, it doesn’t claim to have the answers. These will ultimately come from the reader.

In my view, a novel’s chief purpose is to entertain. But by the end of One of Us, I hope readers will ask: Where does prejudice come from? How does it affect my life? If I feel prejudice, is it based on reality or self-reinforcing myths? Is violence ever justified—either by a group oppressing another, or by that group pushing back? And then apply what they think and feel, with fresh eyes, to their lives and today’s America.