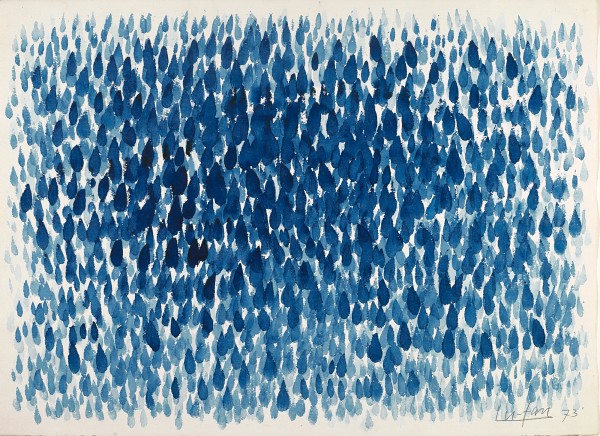 Ah, yes, the Big Apple! I have no idea why they call it that, but in case you didn’t read my last post, that’s where I was last week!

Instead of going to the Brooklyn Botanical Gardens, Meg and I went to the Brooklyn Museum because it was a hundred million degrees outside and the museum had air conditioning. Though I was stoked to see the gardens, the museum ended up being super awesome! They have this exhibit there right now called “Infinite Blue”, and it’s a huge collection of blue artwork. Paintings, vases, jewelry, so much blue stuff everywhere! Blue is an excellent color; the only way the exhibit could’ve been better is if it was purple.

The next day, my final full day in New York, Meg threw the most amazing party for me. A pie party! She spent a whole day baking numerous pies, including a guava cheesecake, a Goblin-berry pie, a sugar cream pie, and a stellar brownie cake sort of thingy with cream cheese frosting. I had, like, nine pieces of pie that night, and got to talk with tons of awesome people.

My time in New York was well spent, in the company of spectacular people.

So, now I’m home. I hadn’t posted sooner because I’ve been decompressing and catching up on homework. The city can really wear you out! Next week, I’ll be travelling again, this time to California, but for now, I’m just going to kick it at home.

Hope you all had an amazing week as well, and hope you have a great day!