Howdy, everyone! How’s your weekend going? Hopefully, it’s going well, but if it’s not, I’d like to offer you a Smupdate in this trying time.

Smudge is getting bigger and becoming even more of an asshole than before, but I’ll be darned if he ain’t the cutest thing I ever did see. One down side of him getting bigger is that he’s stronger now, so he bites a lot harder when he plays.

The other cats are still not entirely used to him, which I figured they would have been okay with him by now, but, cats are weird. Sugar is really the only one that actively hates him, the other two only dislike him when he attacks them randomly, which he does several times a day.

I can tell he’s getting cabin fever, since every time anyone opens a door he sprints to it in an attempt to escape, alas he is the perfect size for an eagle to carry him away, so, he’ll just have to live with being stir-crazy. And crazy he is! If Smudge was a power source, he could give an entire city energy. This can prove troublesome at four in the morning when all he wants to do is attack your toes, but you kind of already have plans to sleep.

Anyways, he’s doing great and is super cute, so enjoy these pictures. 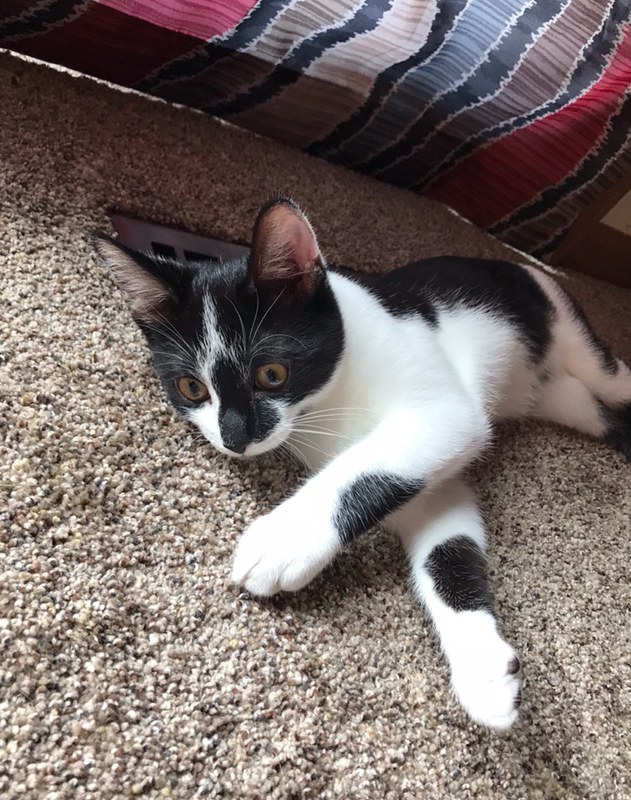 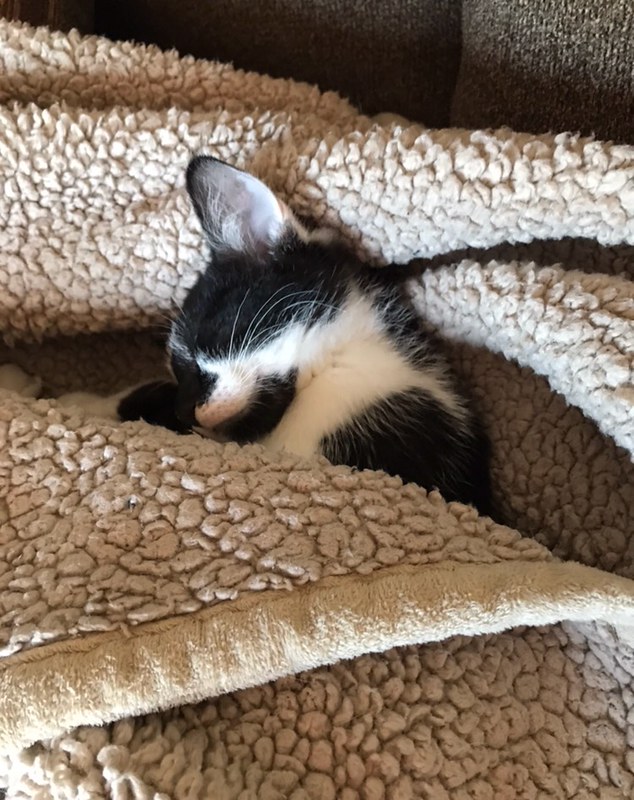