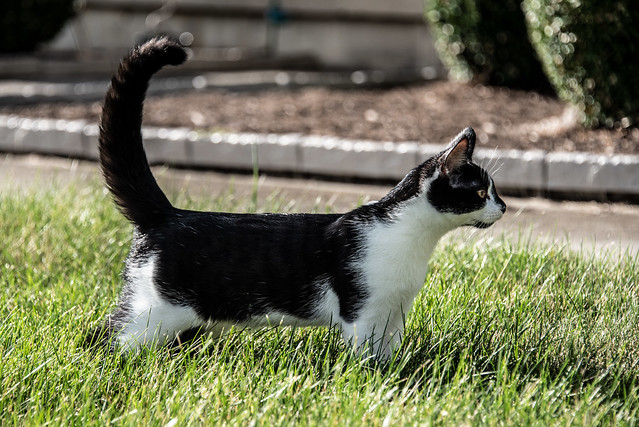 He’s still a kitten but he’s definitely not as small as he was two months ago, which of course makes perfect sense if you think about it. We’re letting him out on short, supervised trips since like the other cats he’ll be an indoor/outdoor working cat as well as a pet. He’s enjoying the outdoors, which makes sense because that’s where we found him, and anytime anyone opens a door he makes a mad dash for it. I suspect the other cats will also prefer him to be outside at least part of the time, because he likes to tussle, and they don’t like tussling nearly as much as he does. In all, a very kittenish kitten, still.

16 thoughts on “Checking in With Smudge”