Let’s start the day off with something pretty, shall we. Like these sunset clouds from last night: 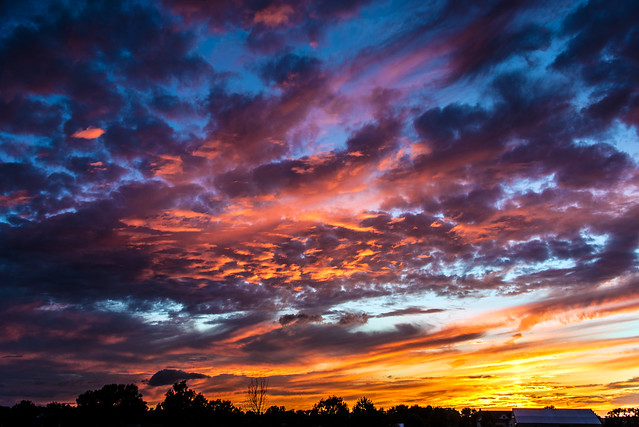 I’m often asked how much I Photoshop my sunset pictures, and the answer is, it depends on the day. With that said, this photo pretty much accurately recreates what the sky actually looked like when I took this picture. One thing I did actively Photoshop was my neighbor’s TV antenna, which I edited out of the photo. This is a thing I frequently do. I feel no guilt about it.

Anyway, this was our sky last night. It’s not bad.

Brett Kavanaugh’s accuser now has a name (she always had a name, mind you, only now it’s public) and more details of the sexual assault that happened to her, which Kavanaugh has denied. Senate Republicans have stated their intent to move forward with a confirmation vote this week, although at least three GOP senators are now saying they’d be happy to delay that vote until they know more. Jeff Flake is key to this since he’s on the Judiciary Committee and the Republicans on the committee need his vote to move forward to a general confirmation vote. My feeling is that the longer the vote is delayed, the less likely it will be that Kavanaugh is on the Supreme Court at all. This suits me fine, since I don’t like his judicial rulings or general philosophy and think this entire confirmation process has been a ridiculous sham of the Republicans trying to jam Kavanaugh through without letting anyone see relevant documents, but it’s still very weird.

For the record, I believe Christine Blasey Ford, Kavanaugh’s accuser, and more than that, the corroborating evidence (including notes from therapy sessions back from 2012) suggests strongly that Ford named Kavanaugh as her assaulter, and sent letters to her representatives about him, long before the man was actually up for confirmation. So the idea that this is some late, last-minute hit on the process don’t really hold up to scrutiny. I would agree this all should have been aired sooner, mind you; I would liked to have known that (another) man accused of sexual improprieties was headed to the Supreme Court.

Also for the record: If the allegations are true, which I don’t really have a problem believing they are, Kavanaugh should not be on the Supreme Court, and tangentially, the Republicans shouldn’t want them there. As people have noted on Twitter, the optics of a self-admitted sexually-harassing President nominating a man credibly accused of sexual assault (and indeed, attempted rape) in order to throw out women’s right to control their own bodies are pretty bad. Now, it’s entirely possible the GOP doesn’t care about that — it’s made it pretty clear it doesn’t give a crap about anything other than its own will to power recently — but it should care about it. We’ll see.

The wild card in this is the “oh, but it happened in high school and that was so long ago and if we’re all judged for what we did back then we’d all be in trouble” argument, and you know what? This argument in general is not a horrible one — we are all stupid as teenagers and certainly as a nearly 50-year-old man I wouldn’t think it’s accurate to base my current personhood on the actions of 17-year-old me. On the other hand, 17-year-old me did not get smashed, force myself on top of a 15-year-old girl, sexually assault her and try to pull off her clothing, either. The adult version of me also did not “categorically and unequivocally deny” the event having ever occurred, as Kavanaugh has.

And that’s the thing for me. I did stupid shit as a 17-year-old, but as a 49-year-old I should be able to own it, and if possible and necessary make amends for it. Kavanaugh, who is 53, is not owning his shit and certainly has no intent to make amends for it. I can believe that Kavanaugh now wouldn’t do such a thing as the drunken 17-year-old version of him would do. But the fact that Kavanaugh now thinks the best thing for him to do is simply to deny such a thing ever happened doesn’t speak well for him or for the GOP bound and determined to get him on the court.

At this point, either Ford is lying or Kavanaugh is. I know who my money is on for that.

Athena came home this weekend to see friends, and I took advantage of her presence to take a photo: 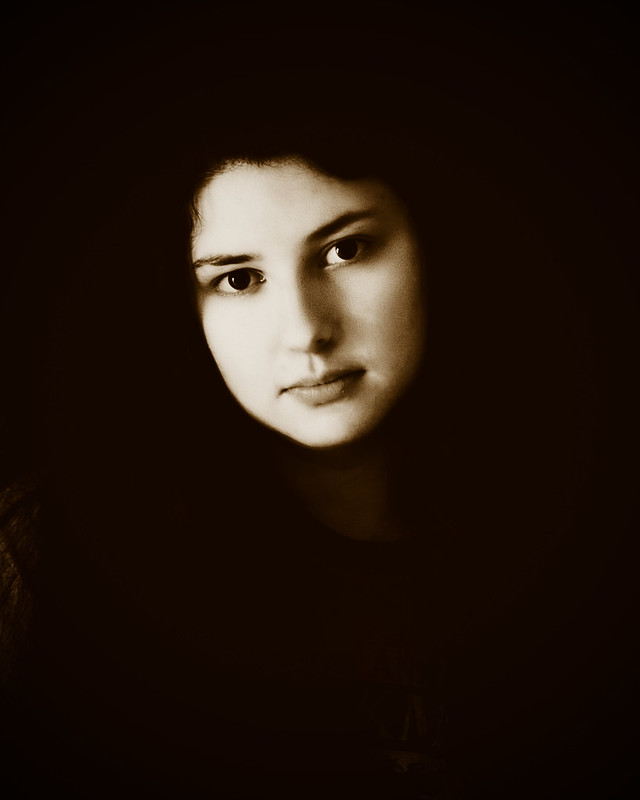 I posted this on Facebook, prompting concerned followers there to ask what has become of the rest of her body. Relax, it’s there (you can sort of make out her neck in this picture). Honestly, no one understands my artistic vision.

Time magazine is being sold to a tech billionaire, specifically Mark Benioff, who along with his wife Lynee is purchasing it for their investment portfolio. Apparently the Benioff’s plan for Time is similar to the one Jeff Bezos is following with the Washington Post, which is, pour money in but otherwise be hands off.

I’m not a huge fan of billionaires buying media outlets (I kind of preferred it when people become billionaires by building media outlets, mostly, he said, wincing at the thought of Rupert Murdoch), but this is the new gilded age, and we actually need journalism now, and in a big way. So if selling Time to a billionaire is what it takes to keep it going, then, fine. If in fact the Benioff’s are serious about being hands off. If in fact they devote actual resources to it. If they don’t just strip it down for parts, like indeed Meredith, the current owner of the once-proud Time-Life stable of magazines is currently doing. If.

Let’s finish on a self-serving note: Hey! The Collapsing Empire is currently $2.99 as an ebook, on all your favorite electronic retailers. Get it cheap just in time to be all caught up for The Consuming Fire, which comes out a month from now. Wheee!