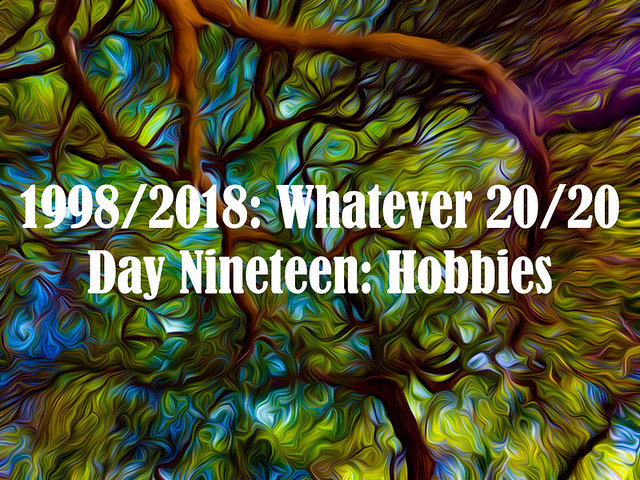 I’m not sure I had hobbies in 1998. I definitely didn’t have the hobbies I have now, back then.

Hobbies are, for the purposes of this entry, things you do that you enjoy for themselves, and not because you plan to make it a professional part of your life to any extent. I think it also should be something that is slightly out of the normal rhythm of your life. For example, I wouldn’t call “reading” a hobby of mine, because it’s always just been part of my daily life. I read like I breathe. Breathing is not a hobby, it’s an essential. Same with reading.

In 1998, most of what I was doing was centered on writing, and getting paid for writing. So even things I enjoyed, I tried to make money writing about. And it worked; I liked listening to and thinking about music, so I found a gig writing music reviews. Music was no longer a hobby, I was getting paid for it. Likewise video games; I found a company that would let me write video game reviews, so while I was playing video games — and loving it! — it was all going into the hopper so I could write about it on my video game review site.

I had reasons for wanting to professionalize all my enthusiasms, not limited to the fact in 1998 I had a kid on the way, but what it meant was, really, nothing that might have been a hobby, was. It was all work, work, work. And while the saying is “Do what you love and you’ll never work a day in your life,” I’m also here to tell you that sometimes I’d be grinding through a terrible video game for a review, and it was work, for sure.

These days, I would consider two things my hobbies: Photography and music, and this time when I mean “music” I don’t mean listening to it, I mean playing it. In both cases, I do it because it’s fun for me, and it’s not connected to my professional life in any significant way (I’ll add a small caveat to that in a bit). Also, in both cases, I enjoy them in themselves, and don’t worry about whether I’m “good” at them; I may or may not be, depending on taste, etc, but being so is not the point. The point is they get me out of my head and let me enjoy doing something for its own sake. That’s a hobby.

And I will note that in both cases one of the things that allowed me to get into the hobby was that it went digital.

Photography is the most obvious one for this. Prior to the advent of the digital camera, I think I may have taken less than three hundred pictures in my life, mostly “Kodak moment” snaps from disposable cameras. And of those three hundred, a non-trivial number were never developed, because back in the day, you’d have to go somewhere to get the film developed and pay for each snap you took. Film would get developed when I got around to it, and not when I didn’t. Basically prior to around 1998 (in fact), I mostly showed up in other people’s pictures. 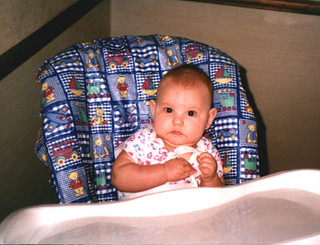 But then I had a kid, and then also right around the turn of the century you could start getting digital cameras with decent resolution, which in this case meant something along the lines of two megapixels per photo. Which might not seem that much now but which is the resolution equivalent of an HDTV, and certainly right up there with whatever you might get out of a disposable camera you’d get from a CVS. Plus now I wouldn’t have to have them “developed” — I could just download them on my computer and be off to the races.

If memory serves, the first digital camera I bought was an Olympus Camedia C-21, which took 1600×1200 JPEG photos and ran on double-a batteries. That would have been 1999/2000 or so. Four years later I upgraded to a Kodak EasyShare camera, with an eye-popping 5 megapixels. But the next year, 2005, I bought my first digital single reflex camera, a Nikon d70s, and that’s pretty much when the photography went from being just a thing to snap pictures when they happened, to a thing where I went out of my way to take pictures. 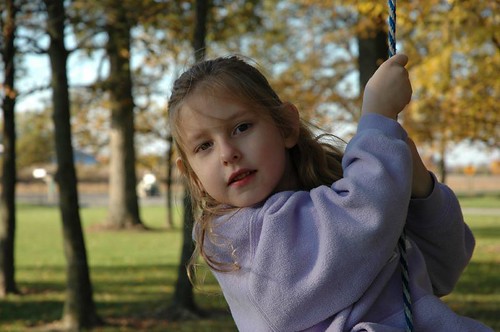 The reason for this is pretty simple: the dSLRs allowed me to take more interesting pictures. They had bigger lenses, better sensors and encouraged actual exploration into photography rather than, basically, opportunistic photo capture. The dSLRs also took pictures in RAW format, which captures a lot more picture information than JPEGs, and means one can, with the right software, tease out things like shadows and details that are crunched out of the JPEG format. It makes a huge difference in what shows up in photos.

And also, of course, digital means that you can take dozens or even hundreds of pictures to find the few that work the way you intend them to; this sort of brute strength photo taking would have been ridiculously expensive in the film era. Mind you, over time the goal is not to have take dozens of photos to get the one good one; hopefully eventually you learn enough about taking pictures that you can bring that ratio down significantly. 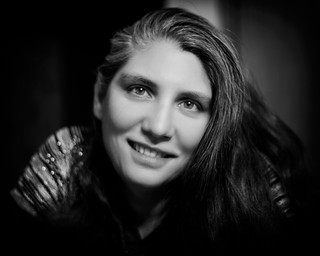 I suspect that being someone who learned photography in a digital era means that I approach photo taking differently than someone who learned in the film era — for example, I suspect I am substantially more reliant on Photoshop and other photoediting suites to draw out the details and effects in photos than film-era photographers, who I suspect do much of their photo planning in-camera, picking specific shutter speeds and f-stops and such.

What’s also interesting is now we’re in an era where phone cameras are so good that you can use them for more than casual photos as well — some of the best photos I’ve taken have been with my current Pixel 2 phone. Add to this that phone-based photoediting apps are also increasingly capable and complex, and you’ve got an exciting age of photography. I can still tell the difference between my dSLR photos and my phone photos (it’s down to depth of field and artifacts in the details), but I wonder if other people notice. If and when the only camera I have with me is on my phone, these days I don’t feel like I won’t still get a good picture out of the moment. 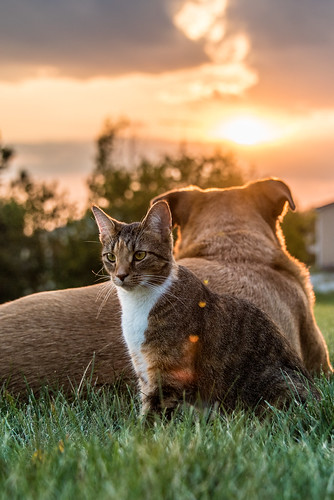 I think in a general sense I’m a pretty good photographer, but I’m also aware of the gap between what I do and what I see in pro photos. Last year I stepped in to be a photographer at a wedding, and while I think I did pretty well, especially for a last-minute save, I can also see the difference in how I did it and what I think of as pro-level wedding photography. It’s not something I worry about; indeed I like the idea I still have space to grow, at my own pace, in this particular hobby.

My other hobby at the moment is music, and, well. I’m a better photographer than I am a musician. I have been playing guitar (both 4 and 6-string variants) and ukulele for a while now, and I’m pretty sure I’ve run up to that wall where, if I’m to get any better, I will need to actually practice a lot more than I currently do. I’m not sure that’s going to happen; I don’t see where I will have the time. Also, the current plateau I’m on lets me play chords, which is basically what I need for what I want to do, which is, play and sing songs, mostly poorly but with enthusiasm, in my office, while I’m taking a break from writing.

But didn’t you say digital helped you get into making music? I did! Back in the early aughts I bought music production software that included a collection of royalty-free loops, and I really got into that for a while, enough so that I actually ended up putting together an entire LP of the pieces I cobbled together with them. It is good? It won’t make your ears bleed, at least. But of course I can’t claim any credit for the music bits, just the sequencing and editing. And having done that made me interested in picking up actual musical instruments and attempting to learn how to play them a bit, and here we are.

Being a hobby musician is great for humility, and also makes me appreciate how hard making music out of one’s own brain is. I have a fair number of friends who are working musicians, and I’m constantly amazed at how they do it — play their instruments so well and write songs that people love and want to hear over and over. To be fair, many of them have said similar things about what I do, and how I can manage to write entire novels, which seems a mystical skill to them (there are some people who can do both novels and music. We’ve arranged to have them pushed in front of buses).

I’ve been paid for photos I’ve taken and I’ve even got royalty payments for my music — in both cases, enough to get a couple of pizzas — but I don’t plan to be (or will be, even if I plan it) a threat to actual professional photographers or musicians. What’s more, I don’t want to be. I like my hobbies being hobbies, which is a statement I don’t know that I could have made in 1998. Monetizing your enthusiasms is fine, but I’m at a point where the idea of monetizing everything makes me tired. It’s okay just to have enthusiasms, and to be less than amazing at them, and to enjoy them anyway. 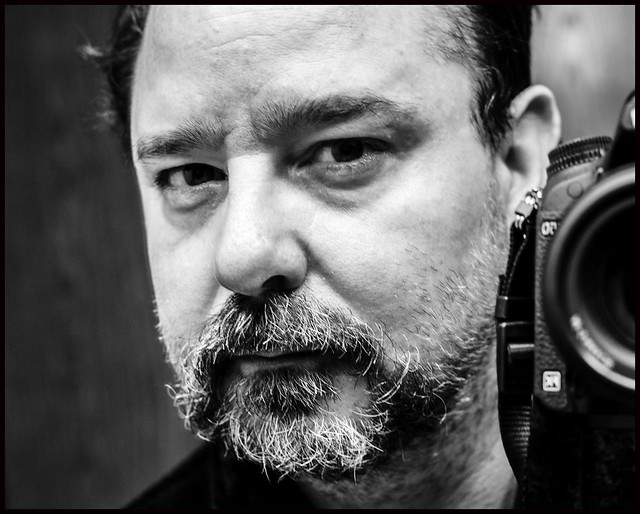