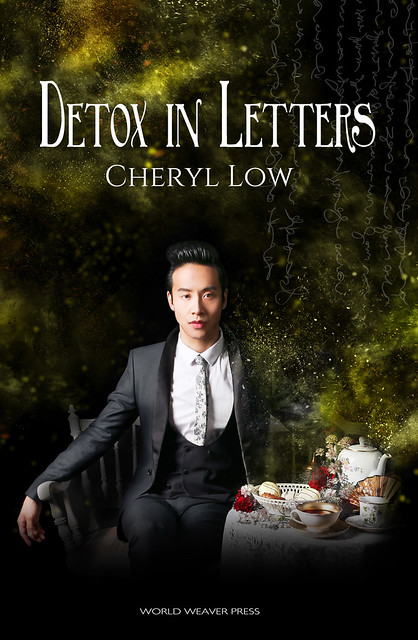 In Detox in Letters, author Cheryl Low thinks about magic, down the grimy, dusty details — and also gauges the limits of what magic can do.

The Crowns & Ash series began as an exploration of magic. Or maybe just a love letter to it.

All my life I have loved magical worlds. Embedded in the first fairy tales we heard growing up were the promises of wonder—that anything could be possible with a little bit of magic.

In the streets of the Realm, around the Queen’s Tower, people play out their long lives with boundless fashion, cake and tea for every meal, and elaborate duels, on a carousel of romance and intrigue. But none of it would be possible without magic.

Everything in the city is fueled by magic, from the lamps lining the streets to the cars driving down them. Factories take in barrels of raw magic to churn out a variety of charms, power sources, and drugs for the residents of the Realm. They’ve turned something once natural to them into a commodity—forgetting its origin and purpose.

Even the drug of choice, dust, is rooted in magic. The carnivorous pixies, a dangerous pest in the city kept back by the constant glow of street lamps, are lured into the dust factories and fed raw magic until they’re so full that their frail wings can no longer lift them off the ground. Then the pixies are strung up, roasted, and ground down into the fine, glittering powder known throughout the city as dust. It is rolled into cigarettes, sprinkled on cakes, and steeped in tea, keeping most of the residents lulled in a constant high.

But magic is one of those elements in a fantasy world that is as exciting as it is difficult. There must be rules.

As the creator, I spent some serious time figuring out how a city of magic-wielding, spoiled socialites could function without constant war in the streets. Even before the current Queen took the throne, the Realm was far from utopian. If anything, the residents of the fantastical city could always be described as passionate, not exactly good or evil, but something in between that tips daily from side to side. So, how do I keep them from snapping their fingers and destroying their rude dinner guests?

Limits. All power must have a limit, as well as a cost. It can make the impossible possible, but it can’t solve every problem. Limitations and real consequences make stories truly exciting. Even immortal creatures must have a weakness. Vampires and the sun. Werewolves and silver. Dragons and that one, fate-blessed hero.

In the Realm, magic causes just as many problems as it solves—maybe more. It has become their poison, clouding their minds just as their Queen has clouded the sky above. And as the people of the Crowns & Ash series relearn their history and their powers, they are forced to realize the dark source and inevitable boundaries of that magic. There are some things that can’t be changed with charms and spells.

I set out to make a world literally high on magic—breathing it and eating it and bleeding it—and I absolutely love this world. It is a thrill to write and a delight to share.