To start the day off on a high note, look what arrived today: 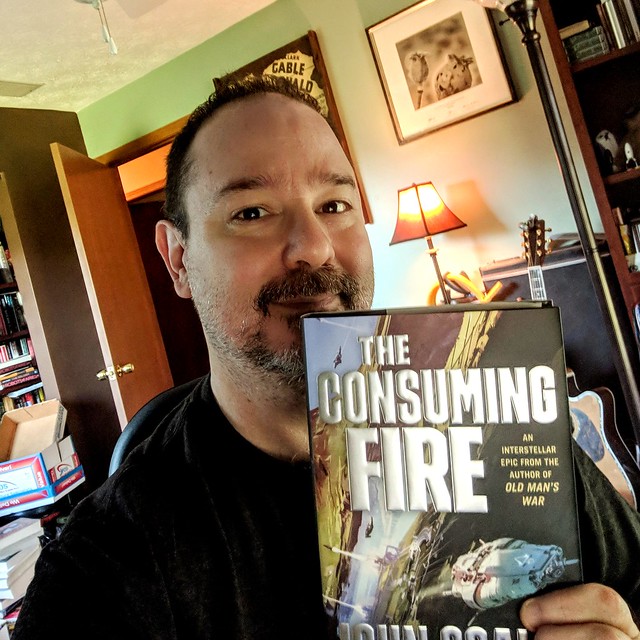 It’s the first author copy of The Consuming Fire, which is out in a week and a half. It looks fabulous. It feels fabulous. It is fabulous. And while we’re on the topic, I got a sneak preview the other day of the Booklist review of the novel, which is positive and features this line: “Scalzi once again demonstrates why he’s one of the most popular SF novelists currently writing.” So I have that going for me, which is nice.

This copy is not my copy, I’ll note. It goes to Krissy, who gets the first copy of everything. Because Krissy, that’s why.

Also: Hey! The book’s coming out in two and a half weeks, and which means now is a fine time to pre-order it so you have on release day. You can pre-order from favorite local bookseller, your favorite online bookseller, and over at Audible if you like audiobooks (this one is narrated by Wil Wheaton). And remember I’ll also be on tour. I’ll be talking more about that soon.

Getting the first finished copy of your book never gets old, by the way. It’s still amazing to me I get to do this thing for a living.

Oy, Kavanaugh. Honestly, that’s all I have for that spittle-flecked, embarrassing bundle of privileged rage, except to say that if this is how he is dry, I absolutely, 100% believe he’s capable of horrible things when he’s drunk — and he does like his beer, doesn’t he? It’s clear his appalling little show yesterday was aimed at one person in particular: President Trump, who likes his men angry and aggressive and dismissive of women. Well, Kavanaugh was certainly that, wasn’t he. I didn’t think he deserved to be on the Court before yesterday, but after yesterday I think where he really needs to be is in counseling. He’s got a lot to work on before he’s fit to be out in the world. That he’s still a candidate for the court, and still has a good chance of being confirmed, is an actual embarrassment and an insult.

On a more pedestrian note, this is the last “digest” entry for September; by the time Monday rolls around it will be October and I will be done with this particular experiment. I think it went pretty well, and it’s done what I wanted it to do, which was to give me an opportunity to write about more things, briefly, and then go on to other things during the day.

Will I continue it? Probably. I don’t know that I will want to do it every day, and there are days when I will I just want to do entries on one thing. But as an occasional thing when I have short thoughts on a number of topics, it’s a good format. And also, after a month of doing it, I think it’s been sufficiently reintroduced here as a format, so that if I do it later it doesn’t seem weird or out of place. So: You’ll probably see digests in the future, now and then. Thanks for reading along while I tried them out again.

And actually October on Whatever will be — probably a little hectic. I’m on tour for half the month (and then will be in France for the first week of November). The other half of the month I want to finish off a writing project. So I’ll be busy the whole month! Wheee! Being busy beats the alternative. Even so, expect lots of pictures out of hotel windows and hopefully some other stuff as well.

To wrap up these September digests, please enjoy this picture of Krissy and Smudge. I know I do. 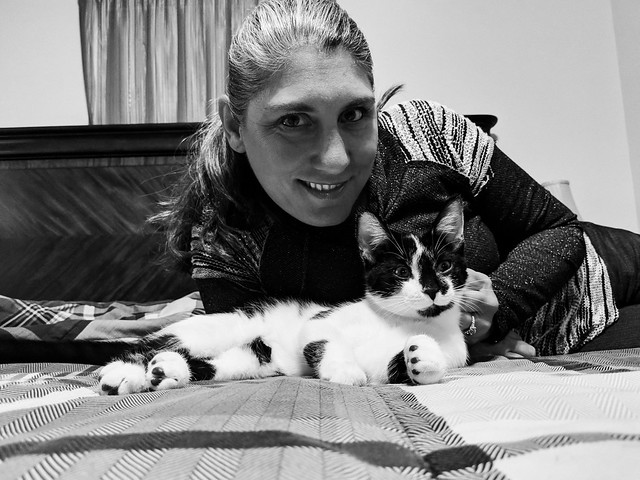