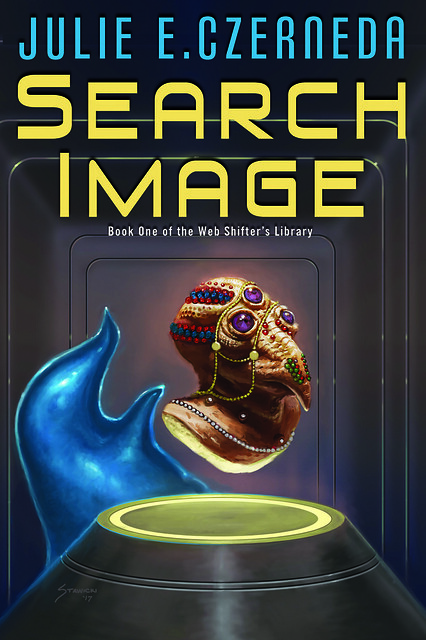 Today in The Big Idea, Julie E. Czerneda tackles the subjects of time, memory, intelligence, friendship.. and slime. They all have a role in her novel, Search Image.

Twenty years ago, when my host, John Scalzi, started this amazing blog of his, my second novel was published by DAW Books. It concerned a character who was, well, a blob of well-intentioned blue goo, liable to explode under stress. Beholder’s Eye. What these things had in common? Two authors, each going where they hadn’t before, both to discover it was the best direction of all. 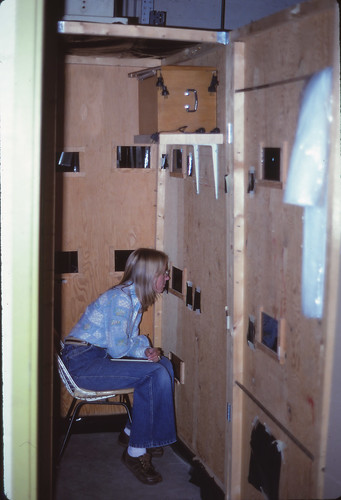 I didn’t set out to write Esen-alit-Quar, Esen for short, Es in a hurry or between dear friends. I set out to study the evolution of animal communication, starting with chemical signals and their role in the reproductive behaviour of fathead minnows (Pimephales promelas). Though perhaps they were a sign of what was to enter my life. After all, fathead minnows develop a mucous-secreting pad on their heads, used to rub clean a spot under a rock suitable for eggs to be laid. There they’ll wait, hoping a female approves their choice.

Slime, and its function, thus mattered early to me.

I also, as a humble grad student, had the privilege assisting my prof with his animal behaviour classes. There was the expected amount of cage scrubbing, the unexpected need to capture pigeons (at -40C) from the rooftop, and, of course, the discovery hamsters lustfully slime the sides of their enclosures, requiring more scrubbing.

Not that I noticed. By day, I was thoroughly busy with biology. By night, when I’d moments, I played with ideas. A Thousand Words for Stranger and the Clan Chronicles series came from those fathead minnows and the evolution of secondary sexual characteristics. (Really. Ask me some time.)

Esen? She came from that behaviour class. I’d taught the difference between r and k strategists: the former living short lives with many offspring, the latter few offspring with longer lives. That idea I had? I designed a species to be the ultimate k strategist. To live the longest possible life, reproducing rarely if at all.

I jotted notes. Doodled. How to do this? What if a living thing had control of its structure at the molecular level, harnessing energy to dispense with aging cellular components? Interesting. My something would need the ability to store and recall—with absolute accuracy—itself, leading me to extrapolate a biochemical memory. (This was thirty years ago, so I’m delighted by recent discoveries in that field.) Where might you find such beings evolving? Where energy was widely dispersed, but available if you had the time to travel far enough. Ergo, space. They’d be very few, and reproduce, reluctantly, by fission not sex. I fine-tuned the notions, noting almost in passing my creations didn’t have to have any one shape.

Because they could have any that they “remembered.”

All of which was fun, but hardly a story. Fine, then. What would my semi-immortal (for I wasn’t creating gods, but organic life) creatures do with their vast life span?

There’s something you need to know about me. When I was playing with these ideas, it was a time (the late 70s, need I say more?) of innumerable science fiction plots about how awful immortality would be. Star Trek, for example. Movies, TV shows, and books galore.

Don’t get me wrong. I’d sob appropriately over, say, a vampire’s broken heart as a beloved aged and died. But beyond that? I’ve never accepted the “inevitable boredom” premise. It’s not in me. I’m not bored. I don’t get bored.

Thus, so would my beings. And what in the universe would fuel their curiosity? All of us. Beings whose lives were mere flickers of comparative time. Whose continuity came not from shared memory, but new life. Who saw death coming and created art and civilization in response.

My ideas were grew positively yummy. My beings would be archivists, of a sort. They’d collect information about “ephemerals” as they’d call us. Store and share it, not as objects, but as biochemical memory. Who’d collect genetic information to transform themselves into the species they observed, the better to learn every aspect. There’d be, oh, five in total, four budded from an original parent who’d be the Senior Assimilator, able to pick and choose what to share with the rest.

You’ll notice I still didn’t have a story.

Ah, but then I thought: what would bring disruption and chaos to a secret group of ancient beings, full of knowledge of living and extinct intelligences?

Here are the first words of Esen I ever wrote.

“We would be together as long as he lived.

“And after that, I would remember Paul Ragem, my first friend, until the hearts of stars grew cold.”

I wrote her first book knowing this was how it ended. Otherwise I’d no outline or plan, only to set Esen in motion and see what happened along the way. No, that’s not entirely true. I’d two intentions by this point. One, to use Esen’s unique perspective to have as much fun as possible with real biology, the odder the better—and slime was a major goal, trust me.

Two, as you may have guessed, was to have a story about friendship.

Another thing you should know about me. I believe our deepest, most meaningful relationships are those between friends. The people we’d do anything for, who’d do anything for us. Who require no payment, no promise for their actions. Who call after a decade, and you pick up where you left off without pause. (Yes, family can be friends, but not always. Partners too. Mine is.)

I distrust stories that diminish normal, ordinary friendship. You know the ones I mean: where friends are introduced only to be sacrificed to motivate the main character to do whatever they must. I dislike stories where any friendship worth having must lead to “benefits.” Again, don’t get me wrong, I love a good romance. I just don’t want the only relationship that’s significant, that moves the story, to be the happy couple’s. We’ve far more friends than lovers. (I’m going to assume anyone for whom this isn’t true hasn’t time to read this blog. Good luck with that.)

All of which brought me Esen. I wanted a science fiction story, to please myself for only I (I thought) would ever read it, about friendship. How it grows. What it looks like. Feels like. How better than have a lonely Human try to explain it to the most alien bit of blue blob imaginable?

How better than have her try—no matter how hard–to understand what none of her kind have before?

Not that writing Esen, and her friend Paul, was difficult. In fact, I found writing her irresistible. The problems they face, and she attempts to resolve, are biological. Different sense organs. Different life cycles. Aliens who physically can’t make the leap to mutual understanding without a bit of help from someone who can. Mostly. For the other idea I’d had from the start? When Esen assumes another form, she’s still herself. A unique individual of that species, and no other. It lets me create wonderful complications for her to solve. You see, Esen means well, but she’s not always graceful or wise. Being Youngest. Writing her earnest efforts makes me laugh. More importantly they gave me the courage, as a writer, to put into words what I find silly or touching or utterly vital. 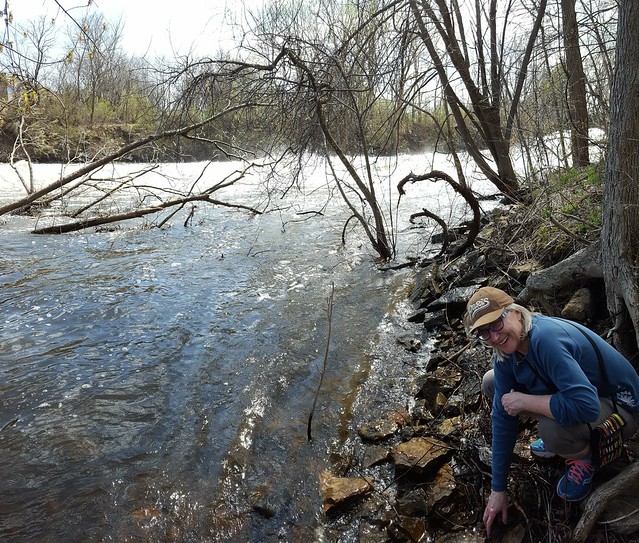 Picking up the story of Esen and Paul after writing a dozen very different books was as easy for me as breathing, and as wonderful as discovering a path down to a new river on a crisp sunny spring morning. You see, I’ve never stopped collecting weird, real, biology to inflict upon her. I’ve never lost my joy at portraying her wide-eyed curiosity about everything alive, because I share it.

And I’ve never lost sight of the importance of friendship. Into the future we go!