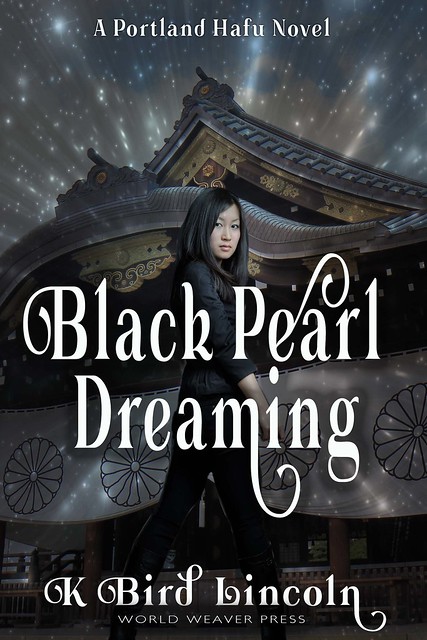 In today’s Big Idea, we learn of the tomb of a surprising person in a surprising location, and how K. Bird Lincoln used it to think about the world and characters she created in her new novel, Black Pearl Dreaming.

I grew up Lutheran in a mostly white church in Cleveland, Ohio. Imagine my surprise twenty years ago in Tokyo when my then-boyfriend’s kooky uncle leaned across the dinner table, bathing me in whiskey sour breath and said, “Hey, I’m from Shingo-mura, the town in Aomori that has Jesus’ Tomb.”

Right. For sure. Smile. Take another sip of beer.

I’d been told weirder things before, so I brushed it off. Only, the whole “Jesus’s Tomb” thing wouldn’t let go of me. Once Google became popular around 2002 that drunken phrase niggled at my brain cells until I caved and dropped down a rabbit hole of weirder-than-fiction history.

Kooky uncle’s surname, Herai, is actually quite unique in Japan. The Google rabbit hole revealed the theory it’s a Katakana-pronunciation version of “Hebrew” in Japanese. Regardless of what you believe, TripAdvisor lists “Christ’s Grave” as the number one “Thing to Do” in Shingo-mura. The city has a page that explains the whole history in English. TLDR: Jesus escaped Golgotha across Siberia, went to Northern Japan, changed his name to Daitenku Taro Jurai, married a farmer and had three daughters.

Huh. That wasn’t in my Sunday School class. My first instinct was affront, derision, disbelief. How could a country like Japan presume to claim Jesus? They couldn’t just steal him from centuries of Western tradition, culture and religion with an absurd story!

Fast forward a decade and I’d lived in Japan, had children, traveled widely, and experienced many ways in which U.S. culture has appropriated Asian cultural heritage in equally absurd ways. My children are biracial Japanese-Caucasian, and at the time I wrote the Urban Fantasy Dream Eater, there weren’t many multi-racial heroines represented in fantasy genres I read the most.

Believe me, I know exactly how fine a line I would walk presuming to write about Japanese culture from an insider perspective. So, I didn’t. The Portland Hafu series is based in “third nation” cultural identity: the shared habits, experiences, and traditions created at the intersection of two or more peoples.

Like my daughters who must feel awkward and guilty both at the Hiroshima Memorial and Pearl Harbor. Like Koi Pierce Herai in Dream Eater’s sequel, Black Pearl Dreaming, who is both U.S. and Japanese, and a mix of human and creature of the myth-based Kind.

The Big Idea is this: The people who wrestle every day with what to take and what to ignore from their cultural heritages, whose outside perspective even in the country of their birth, are the ones who will save the world.

Claiming Jesus is buried in a small town in Aomori may be absurd, but it does not perpetuate derogatory stereotypes or bring moral harm in a racist or sexist manner to Lutherans (or even Jews.) In Black Pearl Dreaming, Koi travels to Aomori and rightly ignores the Grave of Christ to focus on bigger issues. She contends with tricky, racist wounds still festering from the World War II Japanese invasion of Manchuria and the U.S.’s use of the Atomic Bomb. What do we owe those we’ve harmed in war? What if the harm inflicted allows the survival of a people? Who is qualified to judge the balance of good or evil? Or forgive.

When the stakes are high, it is those who are fluid with their identity, who cannot force their round pegs into one solid square nationalistic shape, that have the meta perspective necessary to empathize with all sides.

Regardless of your politics, the times are calling for more empathy, more understanding of disparate points of view. It’s the interstitial and the third nation folks who may hold the key to humanity’s ultimate survival.