Quick First Impressions of the Pixel 3 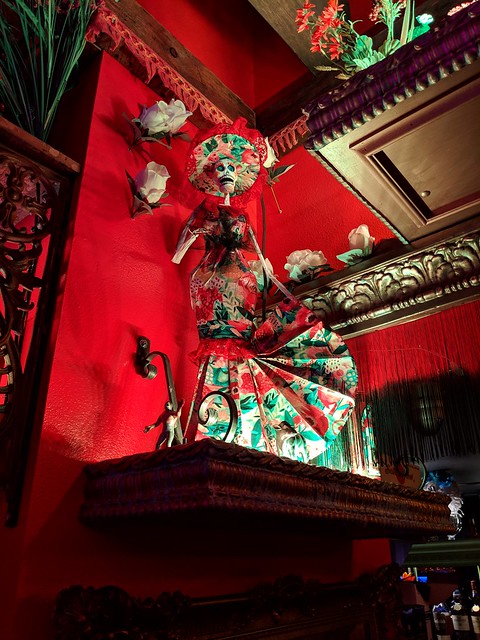 My phone died on me the other day, which was no good, but it gave me the excuse I needed to get a Pixel 3, which I wanted anyway. So while the phone death was inconvenient, happening as it did on the first day of my book tour, I was also not entirely displeased. This is what happens when you’re a tech geek: “My phone exploded! Oh boy, new toys!”

The primary reason I wanted the Pixel 3 was that its camera is supposed to be even better than the one on the Pixel 2, which was far and away the best phone camera out there, thanks to Google’s devotion to “computational photography,” in which the physical aspects of the camera take a backseat to how Google manipulates the information that comes in. The Pixel 3 does more of the same.

And does it work? I’ve taken a few pictures now and it seems to me that indeed the photo quality has improved a bit. I was in a Mexican-themed bar last night and took several pictures in low light, and they all came out pretty impressively (for example, the one above, which is as shot, right out of the phone). Other folks were hauling out their phones and taking comparison shots, and were agreeing the Pixel 3’s photos just looked better.

I also tested the portrait mode, which computationally blurs the background, and it seems to do a pretty good job, although it can still find things like clothes edges and eyeglass frames and arms a bit of a challenge. Nevertheless the blur looks natural, and also you now have a slider, so you can have more or less of it. Here’s what it looks like behind my friend Jon Shestack (I turned this one black and white): 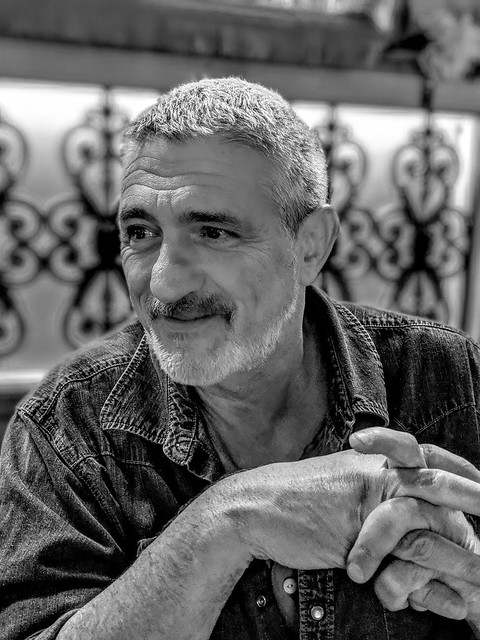 There are some new features of the camera (like “Top Shot,” which helps you pick the best shot of the thing you were taking a picture of), mostly because I just got the phone and haven’t had time to run it through all the paces. But for straight-ahead photo shooting, it really does look like it’s better than the Pixel 2, which was already great.

Is it so much better that someone who owns a Pixel 2 (or other high-end smartphone) should rush out to get it? Probably not? Most flagship phones at this point take generally excellent photos, and for Pixel 2 owners, some of the new tricks are going to be ported into that phone as well. So you’ll probably be fine! That said, I’m glad I have a Pixel 3, because I really like taking photos, and it does an excellent job. And if you have a phone a couple of generations back and are looking to upgrade, with an eye toward picture taking, I definitely can recommend.

Otherwise so far it’s a perfectly good phone. I got the smaller one, which has the same physical form factor of the Pixel 2, although a bigger (and taller screen). It looks great and works fine so far. I’m sure I’ll have more to say later. But: So far, so good.

10 Comments on “Quick First Impressions of the Pixel 3”