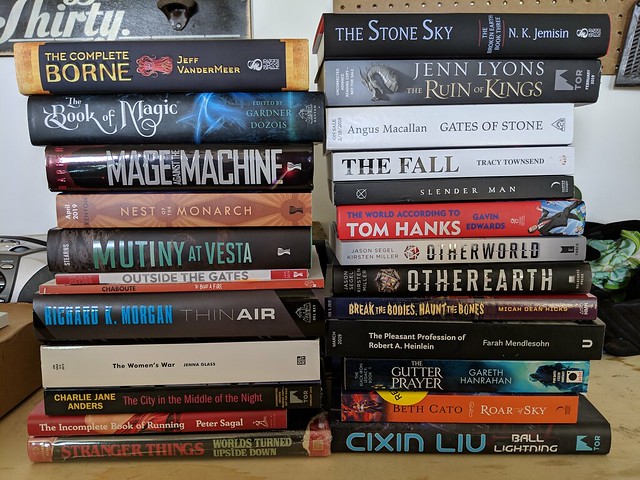 When I came home for a single day this week, I got together all the books that came to the Scalzi Compound whilst I was tour and put them together for a Super Sized double stack of new books and ARCs. Surely there is something here (more than one thing, I suspect) that you would put on your “to be read” list. Tell us what they are in the comments. And if you need a closer look at the titles, here’s a larger version of the picture.