An Interview With Santa’s Lawyer 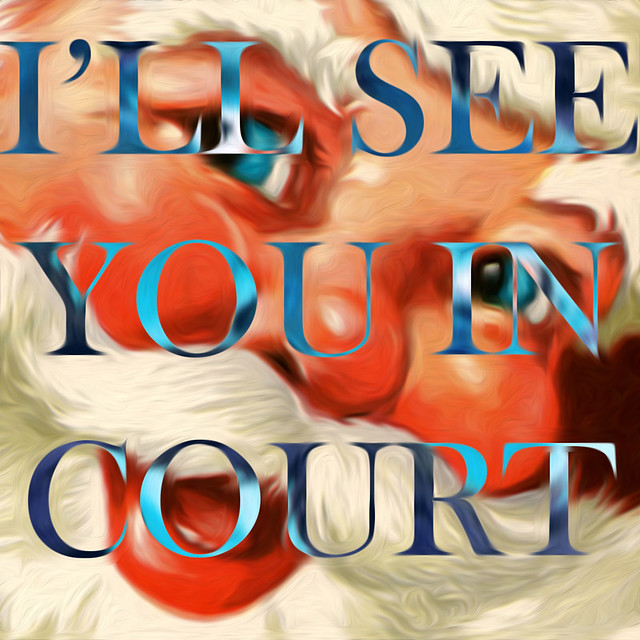 Please state your name and occupation.

My name is Marta Pittman, and I’m a partner at Xavier, Masham, Abbott and Stevens.

That is correct. More accurately, I’m the partner in charge of our firm’s Seasonal Litigation and Clearances practice, which has as a client NicolasNorth LLC, Santa’s corporate entity.

I wasn’t aware that Santa needed to have his own corporation.

Of course he does. One, Santa heads a massive global enterprise, whose activities are spread over a wide range of areas. Having a corporate structure allows him a measure of organization and systematization. Two, Santa has a large number of employees, mostly elves, who have their own idiosyncratic employment issues and practices. The corporate structure simplifies hiring, benefits, and negotiation of labor disputes. Three, due to the nature of Santa’s work, he has immense exposure to liability. The corporate structure acts as a shield for Santa’s personal wealth and property.

Can you give an example?

Obviously I can’t speak about current cases under litigation, but let me give a general example. As you know, a common way for Santa to enter single-unit dwellings is through a chimney.

I always thought that was artistic license.

No, it’s correct. Santa is usually entering from above and the chimney is the most direct route. “Quick in, quick out” is the keyword here. The important thing is, this point of Santa egress is well-known. And every year, immediately after Christmas, dozens of suits are filed against Santa, claiming property damage caused by Santa entering and leaving through the chimney. The usual allegation is that Santa’s body shape was a predicate cause.

Because he has a round belly that shakes like a bowl full of jelly.

Which is not true, by the way. I’ve seen Santa out of uniform. That dude is ripped.

Absolutely. Delivering packages to millions of children in a single night is a heck of workout. The thing is, people don’t know that, and so they file these fraudulent suits predicated on what they assume about Santa’s weight, based on his marketing.

I assume most of these suits get dismissed.

Usually with prejudice. And also the plaintiffs go onto Santa’s “naughty” list for the next year. Santa takes a dim view of fat shaming, especially for fraudulent purposes. But the point is, since Santa is operating as NicolasNorth LLC, even if one of these suits was successful, Santa wouldn’t lose his house.

At the North Pole.

It was on our advice. Anchoring a home on rapidly-dwindling polar ice is risky from an insurance standpoint.

Also not on the polar ice. Technically in Nunavut. We recently negotiated a 99-year lease near Cape Columbia. Which brings us to another aspect of our firm’s services for Santa: International law.

Right, because Santa delivers presents all around the world.

Yes, he does. And up until 2013 he had to negotiate clearances and flight paths with every single country on the globe. People think Santa works one day a year and then sits on the beach the rest of the time. In fact until recently he spent most of his non-Christmas time in meetings with mid-level bureaucrats, trying to make sure the toys he was delivering weren’t subject to import restrictions.

It’s good if you’re racking up frequent flyer miles. But Santa flies his own aircraft, so he wasn’t even getting that.

My firm negotiated a rider to the Bali Package at the Ninth Ministerial Conference of the World Trade Organization. As of December 7, 2013, Santa has automatic clearances in every WTO signatory state. Cut his annual paperwork 95%.

So now Santa gets to spend time on the beach.

There’s a reason he lives in Sarasota.

You mentioned elves before.

What special employment issues do they have?

Well, before I get to that, I should state unequivocally that Santa is an equal opportunity employer, and seeks to create a diverse and welcoming work place for everyone at NicolasNorth LLC and all its subsidiaries and affiliates. He obeys all Canadian employment laws and requires all his sub-contractors and suppliers to adhere to the highest ethical business standards and practices.

There have been unfounded rumors of unfair employment and labor practices at NicolasNorth LLC by some of Santa’s business rivals.

Let’s just say that someone whose name rhymes with “Leff Gezos” is going to be getting coal in his stocking until the end of time. And not, like, the good kind of coal. We’re talking the crappiest sort of lignite that’s out there.

With everything above taken as read, the thing about elves is that they’re not actually human, so most labor and employment laws don’t apply to them.

If elves don’t qualify as human under the law, what are they?

Yes. Just like reindeer. And technically, under Canadian law, Santa’s Workshop qualifies as a federally inspected farm, the oversight of which is handled by Canadian Food Inspection Agency.

So, technically, Santa’s elves have as many rights as veal.

I’m offended at this comparison, and also, yes.

Okay, so, that feels icky in a whole lot of ways. Maybe Leff Gezos was on to something.

It’s obviously not optimal from the public relations point of view.

Well, among other things, Santa’s Workshop is a union shop.

Yes. Affiliated with the Canadian Union of Postal Workers.

The CUPW is a serious union. You cross them, they’ll mess you up.

And the CUPW doesn’t mind the elves technically aren’t human.

The elves pay their dues like anyone else. They’re good.

Santa’s okay with a union shop?

Santa believes in the dignity of labor, and wishes to avoid any potential elf uprisings.

Seriously, elves are vicious. They look adorable, but get on their bad side just once and they. Will. Cut. You.

What other legal issues do you help Santa with?

Or course Santa has IP. In a larger, existential sense, it could be said that at his root, Santa is nothing but IP.

I always assumed Santa was in the public domain.

It’s a common misconception. In fact NicolasNorth LLC is the repository of numerous trade and service marks which we are obliged by law to vigorously defend.

The red suit device is trademarked.

And the red cap –

Covered as part of the red suit device and also legally its own trademark. So’s the beard, before you ask.

The sleigh and eight of the reindeer and also all of their names, trademarked.

The issue of Rudolph is a matter of ongoing litigation and I can’t comment on it at this time.

Look, do you want coal this year? Because you’re heading that direction.

You say you have to defend Santa’s intellectual property, but I see red suits and beards everywhere.

Clearly it’s in Santa’s interest to have his trademarks be ubiquitous.

But if people are using your trademarks for free, aren’t you at risk for losing them?

Who said they’re using them for free?

Absolutely not. NicolasNorth LLC gets a licensing fee for every red suit you see.

It’s a sliding scale, based on several factors, including business income, charitable status, intended use of the trademark, and whether the person who is wearing the suit intends to be naughty or nice in it.

People are naughty in a Santa suit?

Some people are. Santa doesn’t judge people for their kinks, but he does expect them to pay for them.

And people pay without complaint.

Most do. Some don’t. Which is why Santa retains us.

And if they’re still balky after they talk to you?

We send in the elves.

One more question, if you don’t mind.

Santa is well known for making a list, and checking it twice.

For the purposes of appropriate gift distribution, yes.

It does raise questions of how Santa gathers that information in the first place.

I’m not sure what you mean.

I mean the idea of Santa as an all-knowing arbiter of right and wrong, knowing when someone is sleeping or awake and so on. Some might say that’s both judge-y and creepy.

Only the people who want coal in their stocking.

Well, see, that sounds like a threat right there.

I don’t see how, but all right. Let’s say that there were legitimate concerns about Santa’s methods. First, I would remind people that Santa’s services are opt in; you choose whether to have Santa part of your seasonal holiday experience.

I don’t remember opting in.

Well, you probably didn’t. But your parents did, on your behalf. And when they did, part of the user agreement was that Santa – which currently legally means NicolasNorth LLC – is allowed to collect data from various sources in order to make a determination of your gift worthiness, using what we in the industry call the “N/N Matrix”, a multi-dimensional tool using constantly updated algorithms for a precise and accurate placing of each person on the gifting spectrum.

That sounds complicated and not great, from a privacy standpoint.

I can assure you that NicolasNorth LLC does not share your information with third parties.

How does Santa collect this information in the first place?

In the old days, kids would write letters to Santa, and we also had strategically placed employees to personally evaluate children.

But malls are failing left and right these days.

They are, and kids don’t send letters to Santa as often anymore. Those information avenues are closing. Fortunately Santa foresaw this problem, and made some key moves to assure a vast new data source.

Jeez, no. Talk about liability issues! And remember, this is supposed to be opt in. Fortunately there’s a place people go these days to voluntarily expose every aspect of their lives in a wildly promiscuous manner the CIA could previously only dream of.

Six percent owned by NicolasNorth LLC, by the way.

Like I said, Santa made some key moves. And it wasn’t like he wasn’t a billionaire before.

What do you mean?

Where do you think Santa gets all that coal?

Santa is a coal baron?

He’s legally allowed to. It’s right there in the user agreement.

I didn’t read the user agreement.

No one reads the user agreement. Doesn’t mean it’s not there.

Any final advice for people wanting to stay on Santa’s good side, legally speaking?

Pay your Santa suit license fees, drop hints about what your kids want for Christmas in your Facebook posts, and don’t blame Santa if you have a pokey chimney, that’s just basic home maintenance. And be good, for goodness’ sake.

And what about you? Have you been bad or good this year?

It’s fine. I could use the coal.

← Thoughts on Spider-Man: Into the Spider-Verse
Have Yourself a Smudgy Little Christmas →

65 Comments on “An Interview With Santa’s Lawyer”