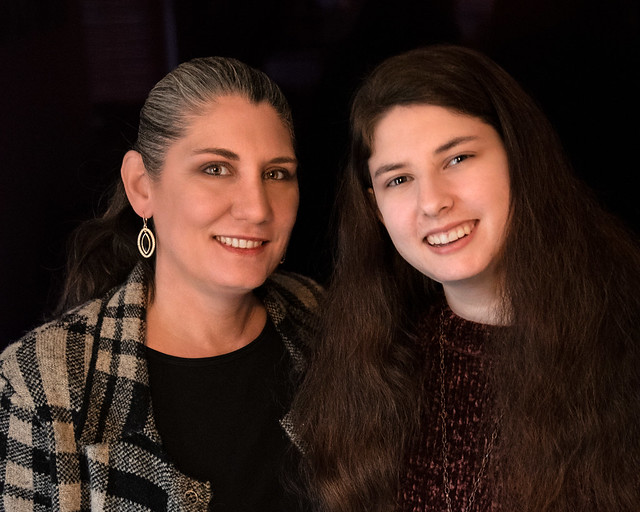 Today’s Twitter kerfuffle (not counting the enduring discussion of Alexandria Ocasio-Cortez knowing how to dance, much to the consternation of some conservatives) comes courtesy of this Washington Post article, in which a “mommy blogger” by the name of Christie Tate discusses why she won’t stop blogging about her kid, even though the kid had asked her to. At the end of the article Tate mentions she and her kid have come to an agreement about how and when Ms. Tate can write about her, and it’s important to note that mom still retains the upper hand and can choose to write about her kid even if the kid objects.

My thought? Basically: Well, that’s not the way I did it.

The way I did it was, when Athena was an infant and a toddler, everything I wrote about her and every picture I posted of her went through Krissy for approval. When Athena was old enough to understand that I wrote about things she did or said, and posted pictures of her, and all of that was seen by thousands of people, most of whom she didn’t know, I let her know she had approval over what I wrote about her and what pictures I posted of her. If she didn’t like what I had written, or didn’t like a picture, then she could veto them, with no argument from me.

And she did! There are at least a few blog posts (and rather more pictures) which I would have posted but didn’t because Athena wasn’t comfortable with them one way or another. She said no, so they didn’t go up. I should also note this rule is still generally in effect, even though Athena is now an adult — in point of fact, I messaged her that I was writing this piece and asked if that was okay. She said it was.

This rule is also in effect for Krissy, who has absolute veto power over anything I write about her here, and any picture I want to post. It’s also generally in effect for other people in my personal life, when I’m mentioning them specifically and they have not posted something publicly that I’m responding to.

Why do it this way? One, because it’s polite and kind to do so. Two, because I’m aware that for better or worse I am a public figure with a wide readership, and largely the people in my life are not, and so my portrayal of them is going to be how most people know of them. That’s a lot, so I think it’s only fair that they get to approve of their portrayal. Three, because I don’t want the people I love to hate me. It’s not out of line to say the approval of the people who are close to me is more important than the curiosity of people I mostly don’t know.

Also, in the case of my daughter specifically, I thought it was important that she both understood she had agency and should expect that agency to be respected, and that if it wasn’t, then there was a problem — and that the first place she learned that lesson was in her own home, from her own parents. I think that’s the sort of thing that echoes forward in one’s life, hopefully positively.

In her piece, Ms. Tate was concerned that not writing about her kid would have a direct impact on what she writes and how she expresses herself. One, sure. Two, so what? I’ve been writing this blog for two decades now — people who have been reading the site literally saw my daughter grow up in front of their eyes. There’s a lot you can write about even when you give your child (and spouse, and other people) the right to veto how they’re portrayed in your writing. It will make you a better writer, not a poorer one, to consider the wishes of the people most important to you in how you portray them.

The other, final benefit of giving my kid (and spouse) veto power on their presentation in my writing and photography is that, so far, at least, I’ve not had cause to regret anything I’ve written or posted about them, and nothing I wished, later, that I could take back. That’s not a bad record over two decades with Athena, and even longer with Krissy. It’s a streak I hope to keep going.