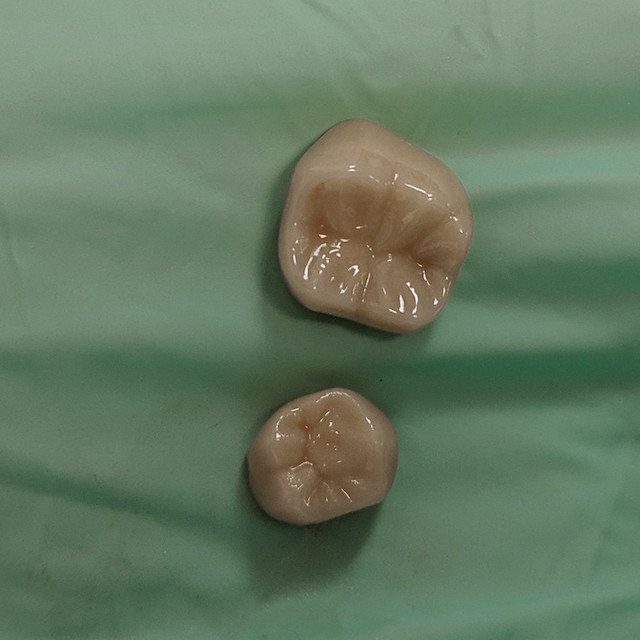 These are crowns for a molar and pre-molar, respectively, from top, and the teeth they were applied to are right next to each other in my mouth, which is why I got them at the same time; didn’t seem much point to getting just one of them done. These are my first crowns, so I guess I should be happy that I made it this far without any, but as I was noting elsewhere, the funny thing about teeth is that ultimately they’re going to do what they’re going to do. I brush and floss daily and I still needed these. Such is life.

We’re fortunate to be a place where I can get good dental care without having to worry too much about the cost, which is good, since at the moment we’re out of pocket with our dental insurance and I had to pay full freight on these babies. I hope they’re worth it. In the meantime, I’m not allowed to eat sticky things for an entire day, which is fine because I don’t really feel like chewing at the moment. I suspect dinner will be soup.

How is your Wednesday going?

41 thoughts on “Look What I Got Today”