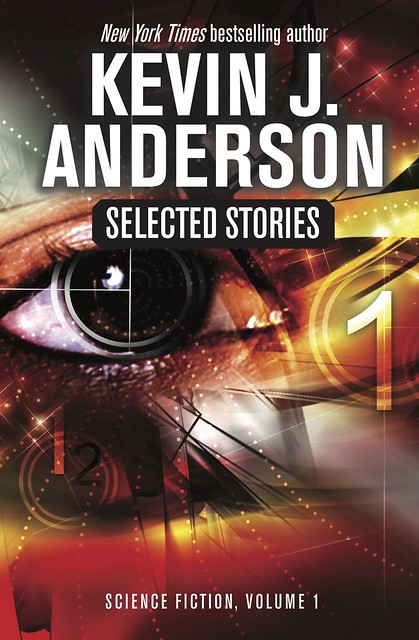 It will be no surprise to learn Kevin J. Anderson has written a lot of novels — he’s one of the most prolific authors working today, not only in the genre of science fiction and fantasy, but in all of fiction. But he’s also written quite a lot of short fiction as well. Over the past six months has collected much of that decade-spanning output into a series of “Selected Stories” book, the (for now) last of which has been released today. Anderson is here to discuss the collecting, curating and publishing of those works — and because there are four of them, rather than do my usual thing of putting purchase links at the bottom, this time if you’re interested in one or more of the books, click the cover and it will take you to the Amazon sale page for the book.

It’s not often that a writer gets to look at decades’ worth of their writing with an objective eye. I spent the last year and a half combing through all of my published short fiction—well over a hundred stories dating all the way back to 1978—so I could compile a four-volume set of my “Selected Stories.” (It’s the “selected” stories rather than the “complete” stories because even I don’t have copies of some works and, frankly, a few of those early pieces were better left buried in the contributor box.) 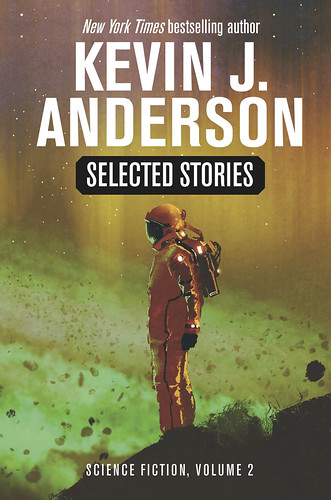 Simply gathering and rereading all of those works was quite illuminating. I remembered the stories, since they are my creative babies, but remembering them was different from reading them. I began the process of sorting the stories by genre, which proved to be a bigger than expected challenge, since I write widely and produce many different types of fiction. The collections sifted out into a full volume of fantasy, one of horror and dark fantasy, and two volumes of science fiction, the second of which was just released. In total, over 500,000 words of short fiction, 90 stories ranging from novella length down to flash fiction.

I didn’t want this to be just a bunch of random stories like a big bag of literary potato chips, but rather I intended it to be a real retrospective, giving readers some sort of context about the stories, what inspired each work or what sort of thematic connections they had with other tales. These works had been written over the span of four decades, but compressing the time scale and reading them all at once highlighted certain consistent concepts that I visited again and again, sometimes because I still had more to say on a subject, other times because the ideas wouldn’t leave my brain.

I wrote a brief introduction to every single story illustrating some technique or inspiration, maybe just an anecdote related to the piece. Readers going through the collection would have an interesting take on what was going on in my life at the time, how I approached the craft and art as a writer, my philosophy on certain things, and even little Easter eggs that would otherwise go unnoticed. 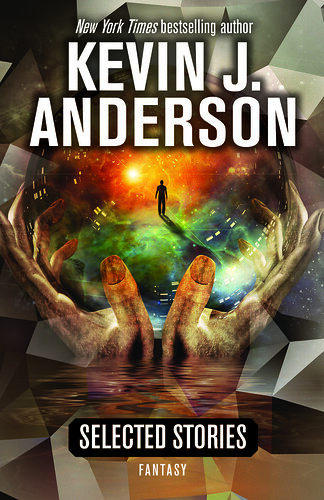 Now, that seemed like a good idea when I started the task, but then I had to come up with something to SAY about ninety stories. In doing so, though, I discovered parallels I didn’t even realize, subtleties that my subconscious (as coauthor) had slipped in without my forebrain’s knowledge.

I grew up in a small town in Wisconsin, a rural farming community where my dad was the town bank president. I call it a cross between Norman Rockwell and Norman Bates, and it was definitely not a “nerd-friendly” place. I was the oddball kid who read comic books, Famous Monsters of Filmland, H.G. Wells, Andre Norton, and Edgar Rice Burroughs. I avidly pored over Vampirella magazine whenever I could get my hands on a copy, and my parents didn’t quite know what to do when their son was so interested the scantily clad, sexy space vampire, though in all honesty I was far more captivated by the monsters than the cleavage. I was picked on by the other kids, teased for getting straight A’s in school (because I would much rather read than go out and play). Remember the kid Ralphie from A Christmas Story?  That was me.

I sought refuge in alien worlds, science fiction, fantasy, horror, and comics, and then I would escape into my writing. When I was around ten years old I spent all the money I’d saved up to buy a Smith Corona electric cartridge typewriter, because I wanted to be a writer. Many of the early stories in these collections were plunked out on that electric typewriter. I published my first story when I was a Junior in high school, fifteen years old (and that story, “Memorial,” is included in Science Fiction, Volume 1).

Some of my small town experiences, and nightmares, became the basis for an entire sequence of Bradbury-esque dark fantasy tales set in the mythical Wisconsin town of Tucker’s Grove. Those 13 stories are interspersed throughout the fantasy and horror/dark fantasy volumes. Though I had many bad memories of small town life, my real Wisconsin childhood wasn’t nearly as bad as what I put my characters through. 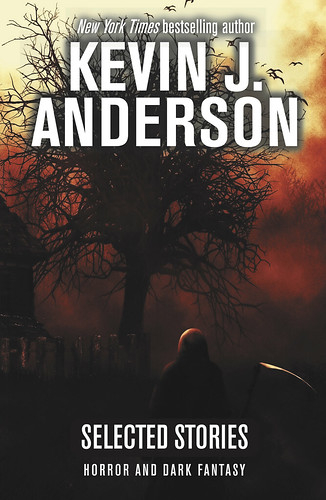 Over the years I cowrote many stories with a spectrum of collaborators, sometimes as a learning exercise, sometimes by assignment, sometimes because I needed a person’s specific skills or experience. My coauthors include Brian Herbert, Doug Beason, my wife Rebecca Moesta (yes, we’ve collaborated on many stories and novels, and we’re still married!), Sherrilyn Kenyon, Mike Resnick, Dean Koontz, Kristine Kathryn Rusch, Gregory Benford, Sarah A. Hoyt, and Grammy-award-winning singer Janis Ian and Neil Peart, legendary drummer from the rock group Rush. They’re all included in these collections.

A lot of the stories were done at the request of an editor, so that the writing became a sort of parlor game or an improv act. Like many Golden Age pulp writers, when an editor would show them the cover painting and instruct them to write a story to order, I was often asked to create a tale about solar sails or cloning or virtual reality or even purple unicorns, and I would say “I can do that!” One piece (“Controlled Experiments” in Science Fiction, Volume 2) was from an anthology in which every single story began with the line “There were rats in the souffle again.”  I’m sure literary divas shudder in horror at the very idea, but to me that demonstrates an author’s flexibility and creativity. Give me a challenge and I guarantee I’ll entertain you.

The hardest part of putting together these four volumes was the paperwork. Simply digging up original copies of all those initial publications, trying to track down copyright dates, then scanning and proofing those old stories—the sheer drudgery of compiling was the reason the project took a year and a half.

We released the four volumes through my own publishing house WordFire Press. Because these were my babies, I insisted on doing all the interior design and layout myself. Working with my brilliant graphic designer Janet McDonald, we created the covers. WordFire released them in ebook, trade paperback, hardcover and audio (so there’s no excuse not to get a copy).

I’ve published a lot of books—about 160 by my latest count—but putting these collections together gave me an unexpected overview of a lot of words, characters, settings, and ideas. It’s also inspired me to write a few more stories that have been hanging out on the back burner of my imagination.

It probably won’t be too long before I have enough for a volume 5.