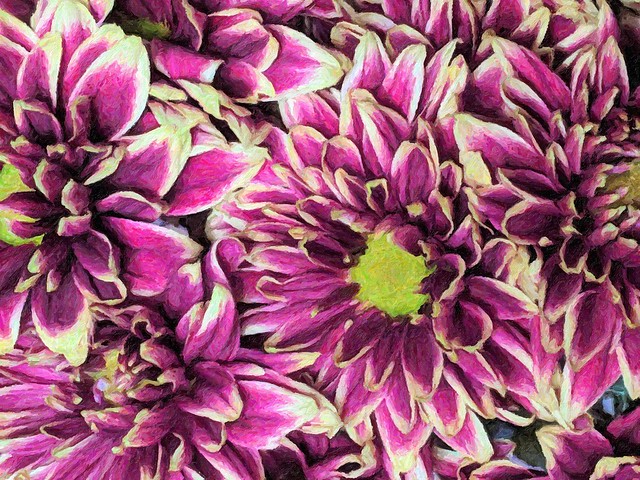 And on Valentine’s Day, too! Awwwwwww.

I’m out because I feel like it but also because I have a project to finish. So, unplugging from the Internet to get done. As one sometimes has to do. See you all next week.

Why would I bring this trailer to your attention? Oh, no reason. No reason at all. Still, you might want to block out some time on March 15 to see the series. Just because.

(Note: the above trailer is very noisy and probably NSFW.)

Yesterday I reached 160,000 Twitter followers and polled my followership with how they wanted me to celebrate: A preview from an upcoming work, a song, a cat picture or a “burrito.” The burrito won. This is what followed.

Yesterday, having reached 160k Twitter followers, I promised one and all that I would make a VALENTINE BURRITO to mark this momentous occasion.

I have done so. And recorded its creation for you.

LET US BEGIN THIS BURRITO JOURNEY TOGETHER NOW.

STEP ONE: The raw ingredients are purchased and assembled. 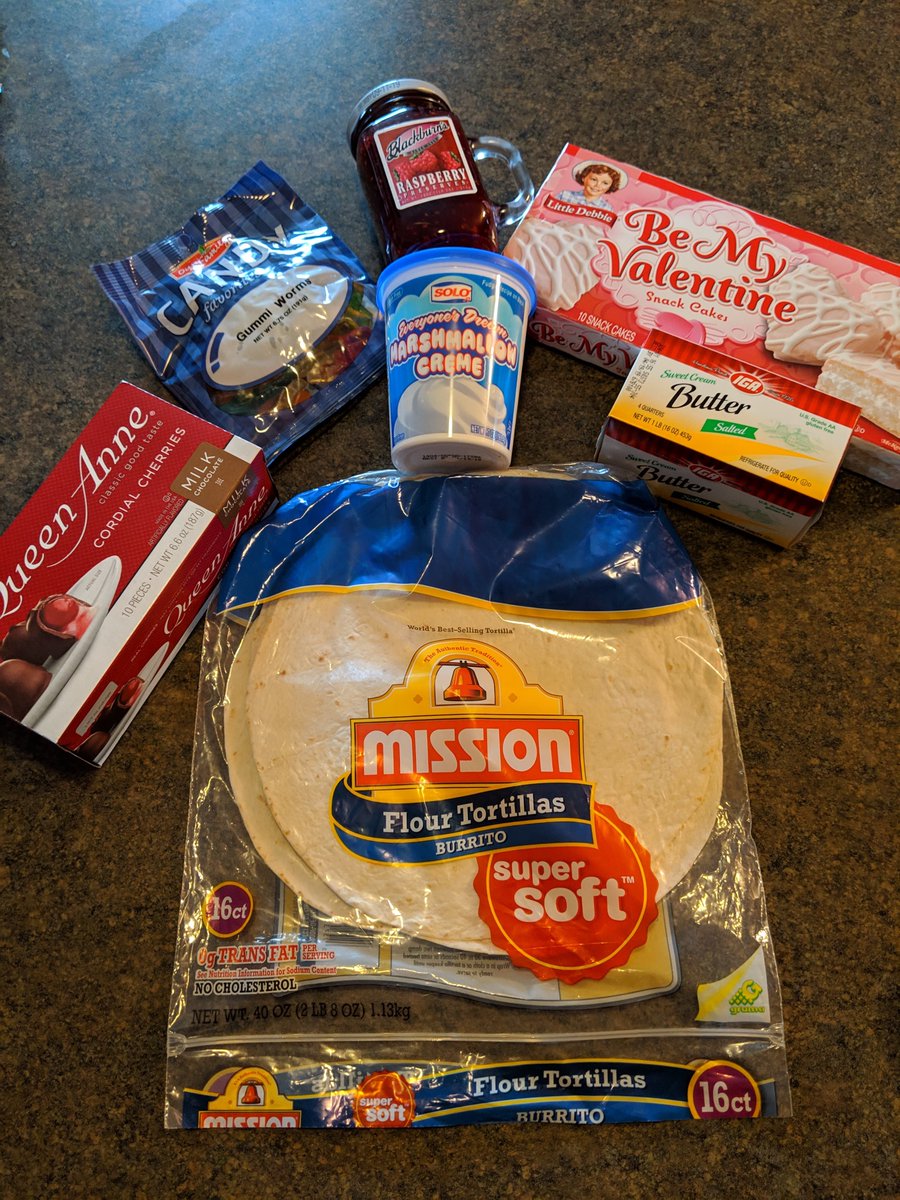 STEP TWO: The individual portions are measured out and prepared. 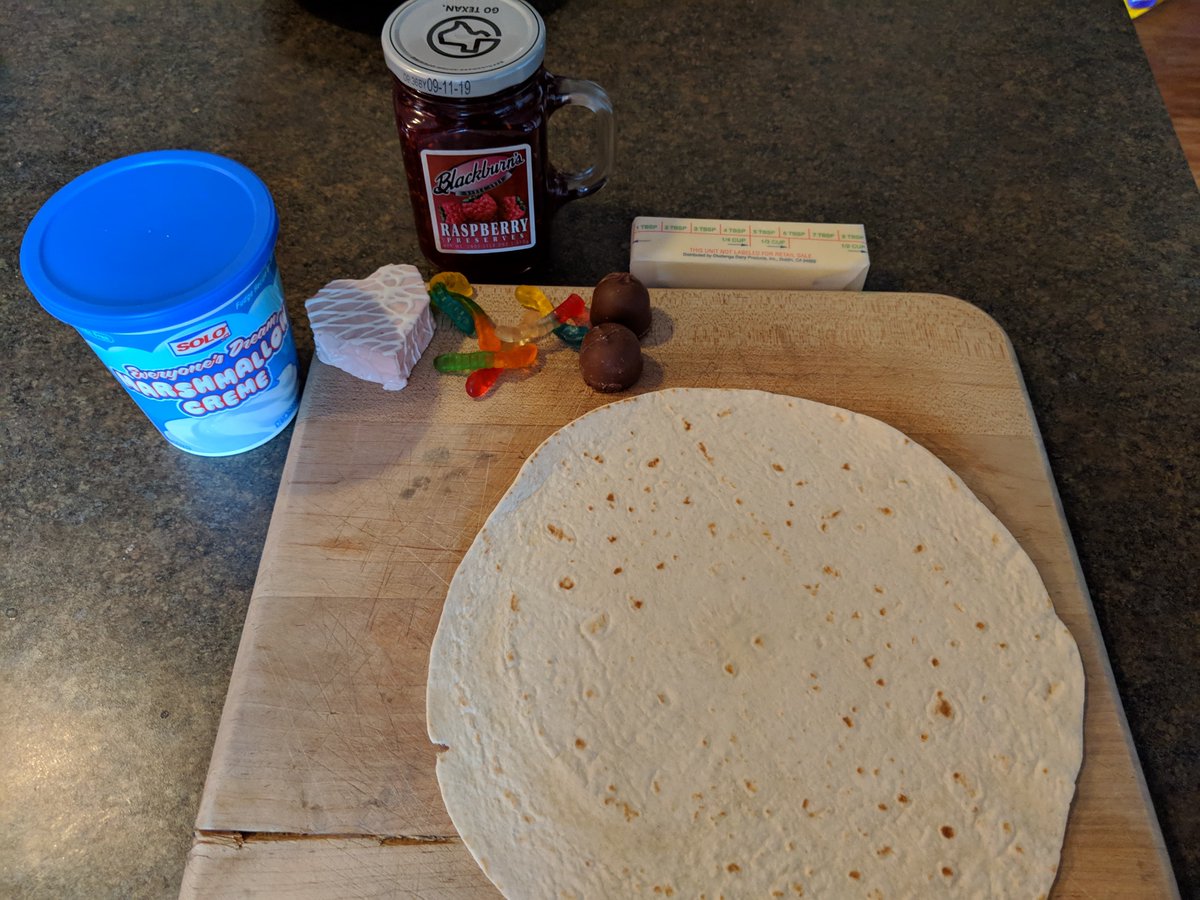 STEP THREE: A generous base of marshmallow creme is slathered onto the tortilla. 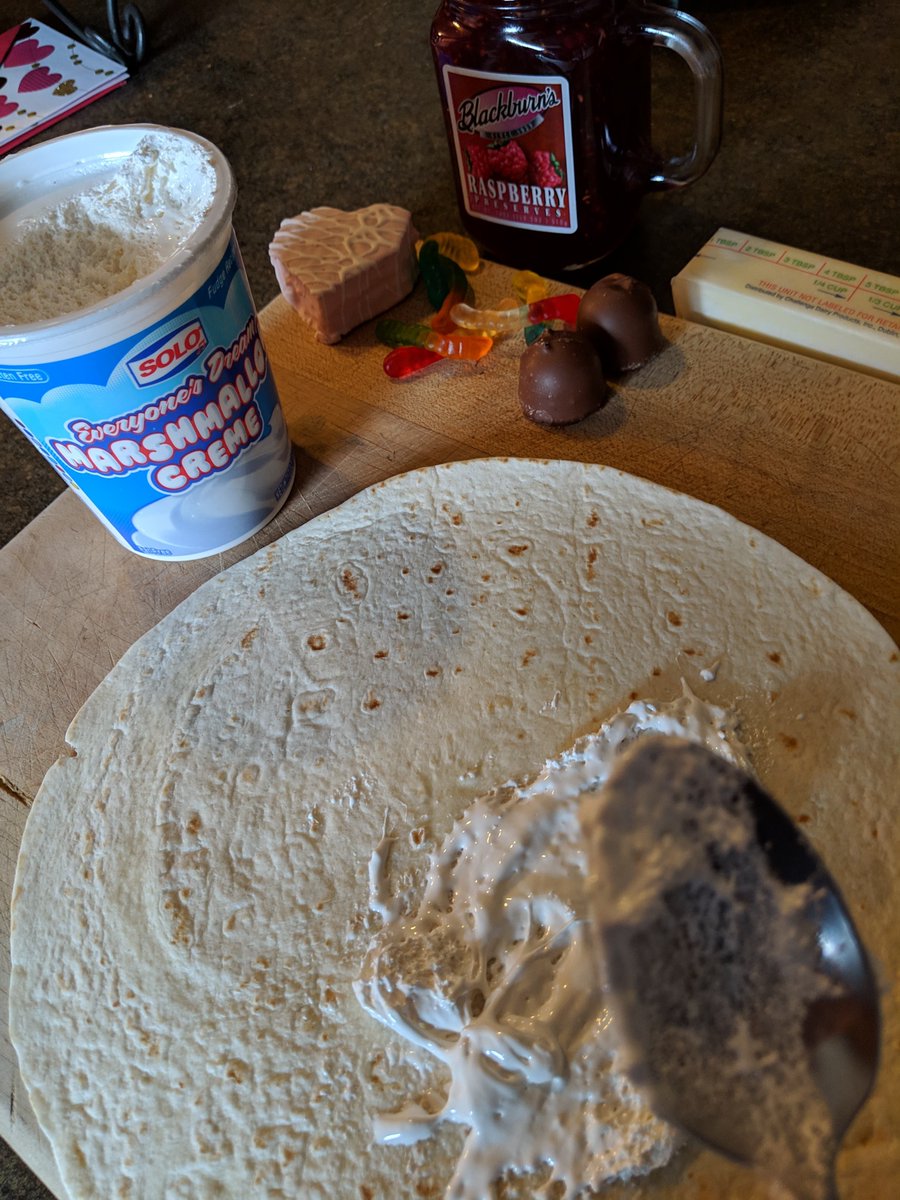 STEP FOUR: The raspberry preserves are added to the marshmallow creme. 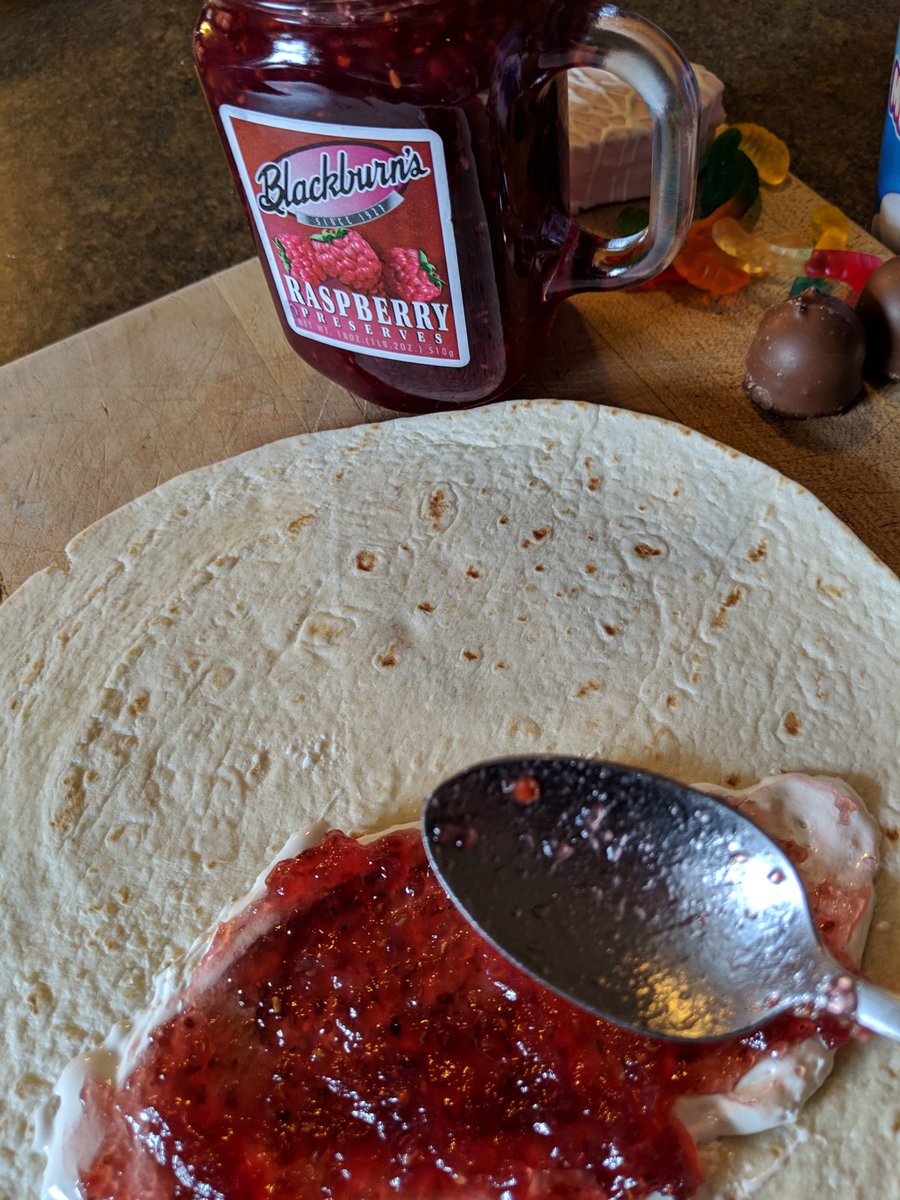 STEP FIVE: The heart-shaped snack cake is torn to shreds and placed on the raspberry preserves. Not symbolic or anything! 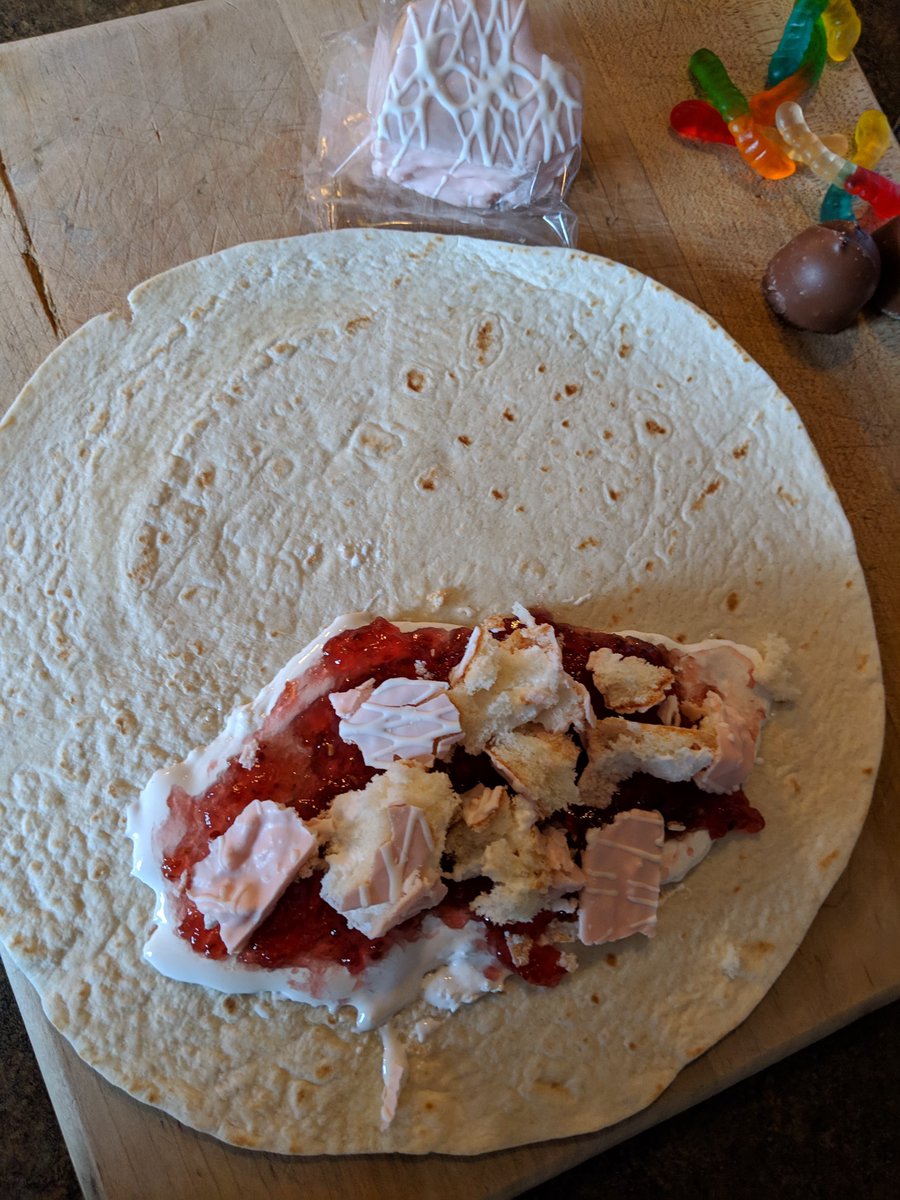 STEP SIX: The chocolate cherry cordials are sliced, poorly, and added to the pile. 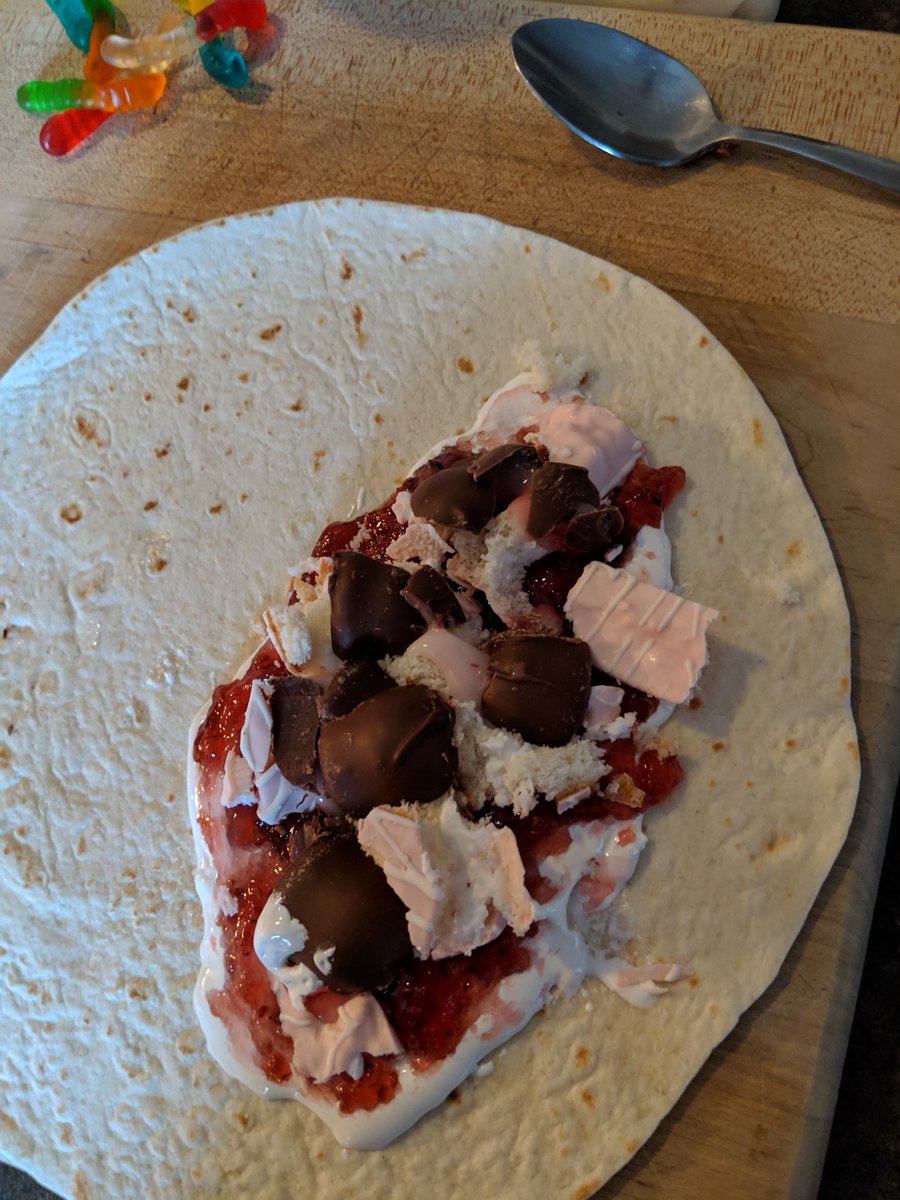 STEP SEVEN: Gummi worms added for color and texture. They have nothing to do with Valentine’s Day, but sometimes you just need that extra kick, you know? 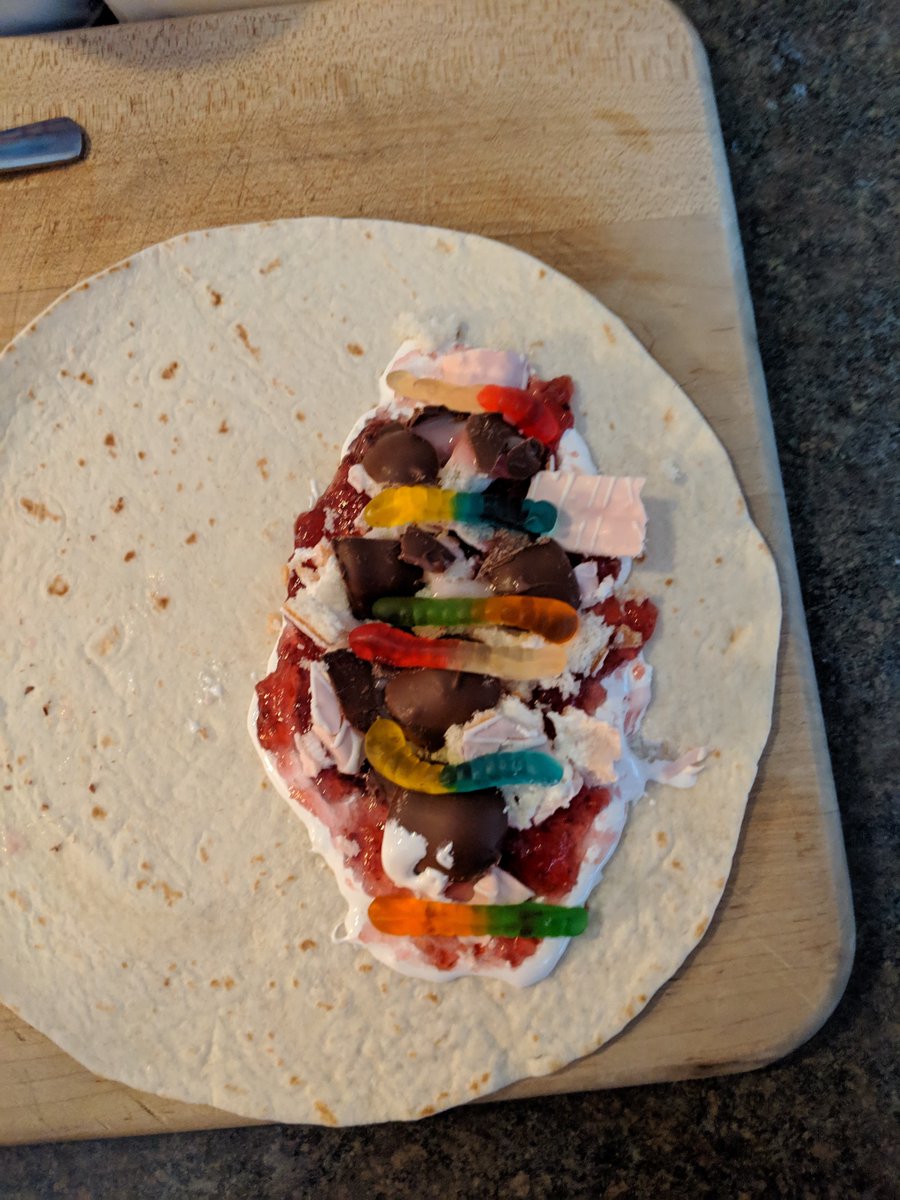 STEP EIGHT: Tortilla folded into a burrito shape, and slathered with butter. 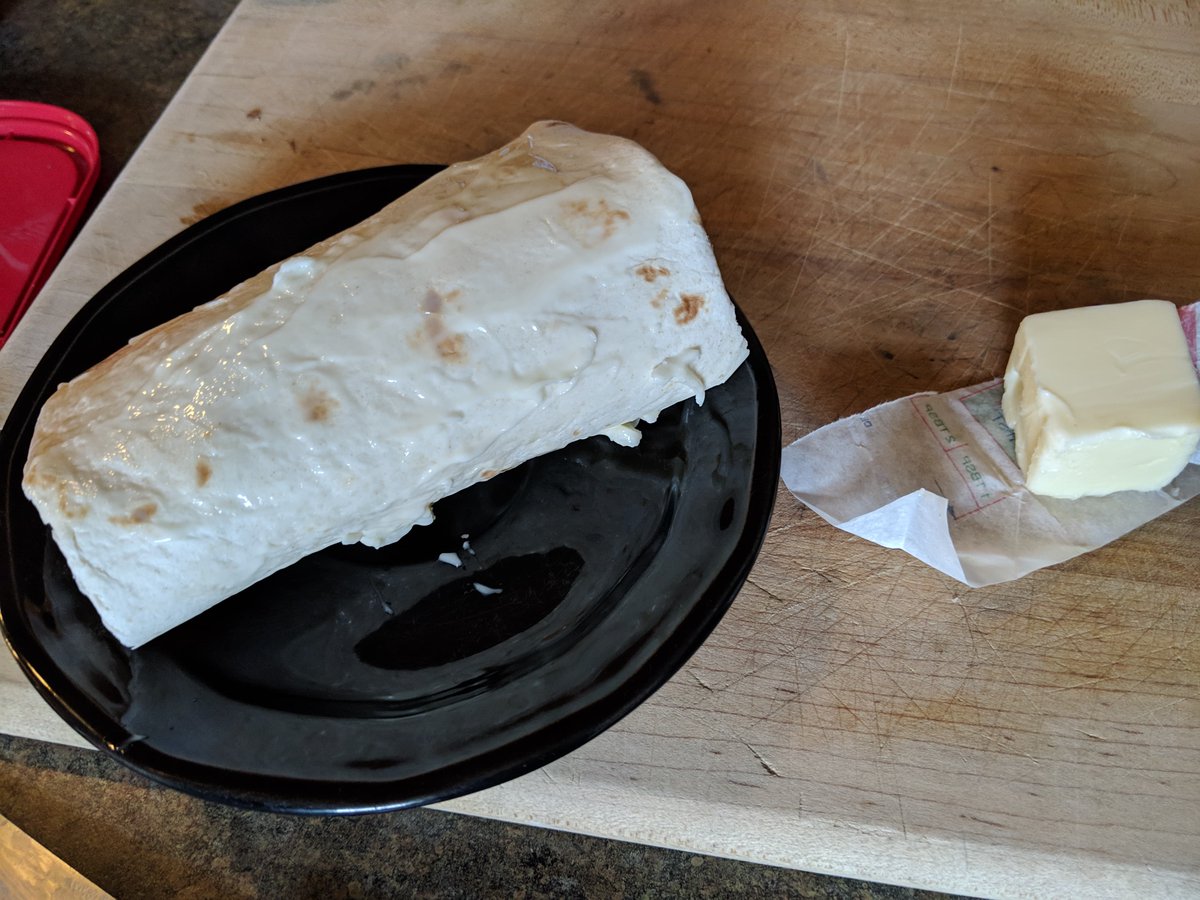 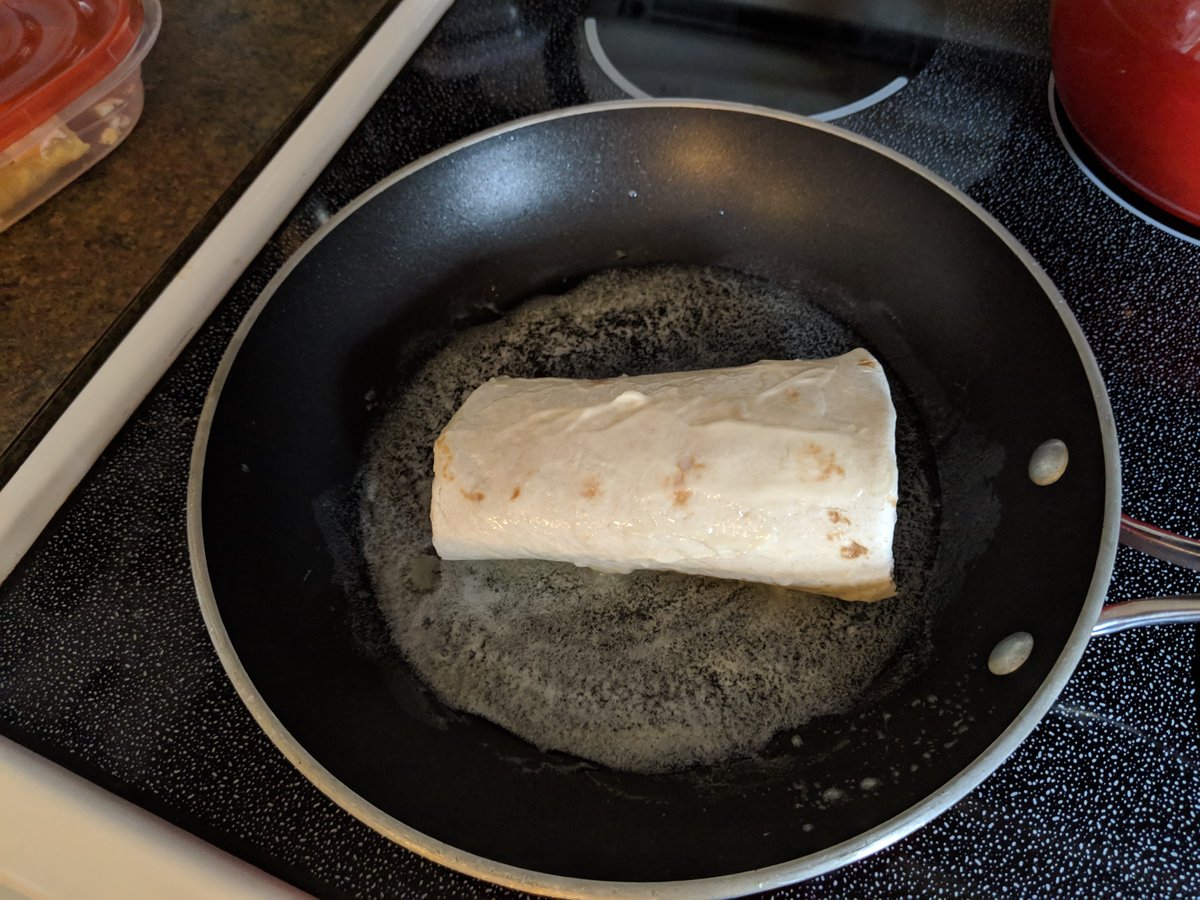 STEP TEN: The burrito is golden brown and now ready to eat. 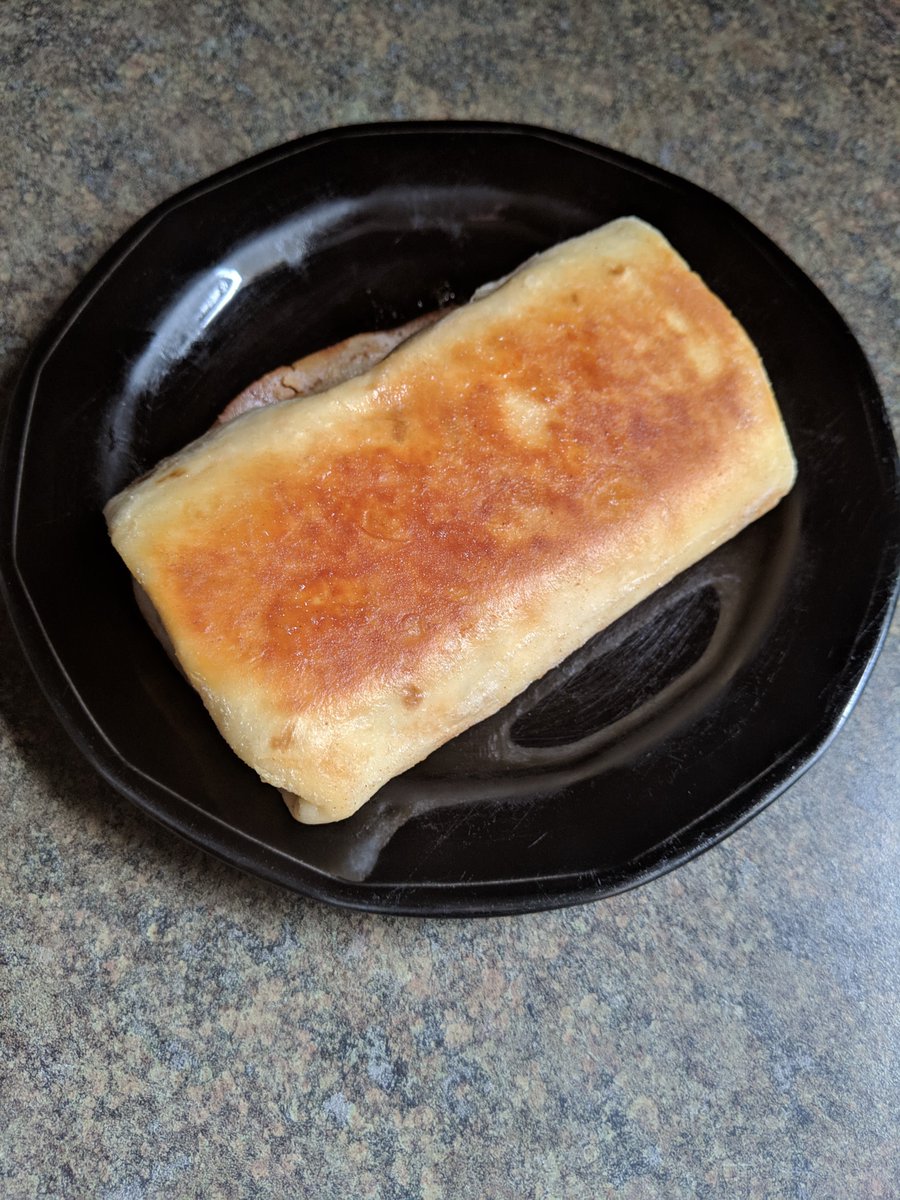 Here I am, eating the thing.

WARNING: You are not prepared.

Another look at the inside of the Valentine Burrito. 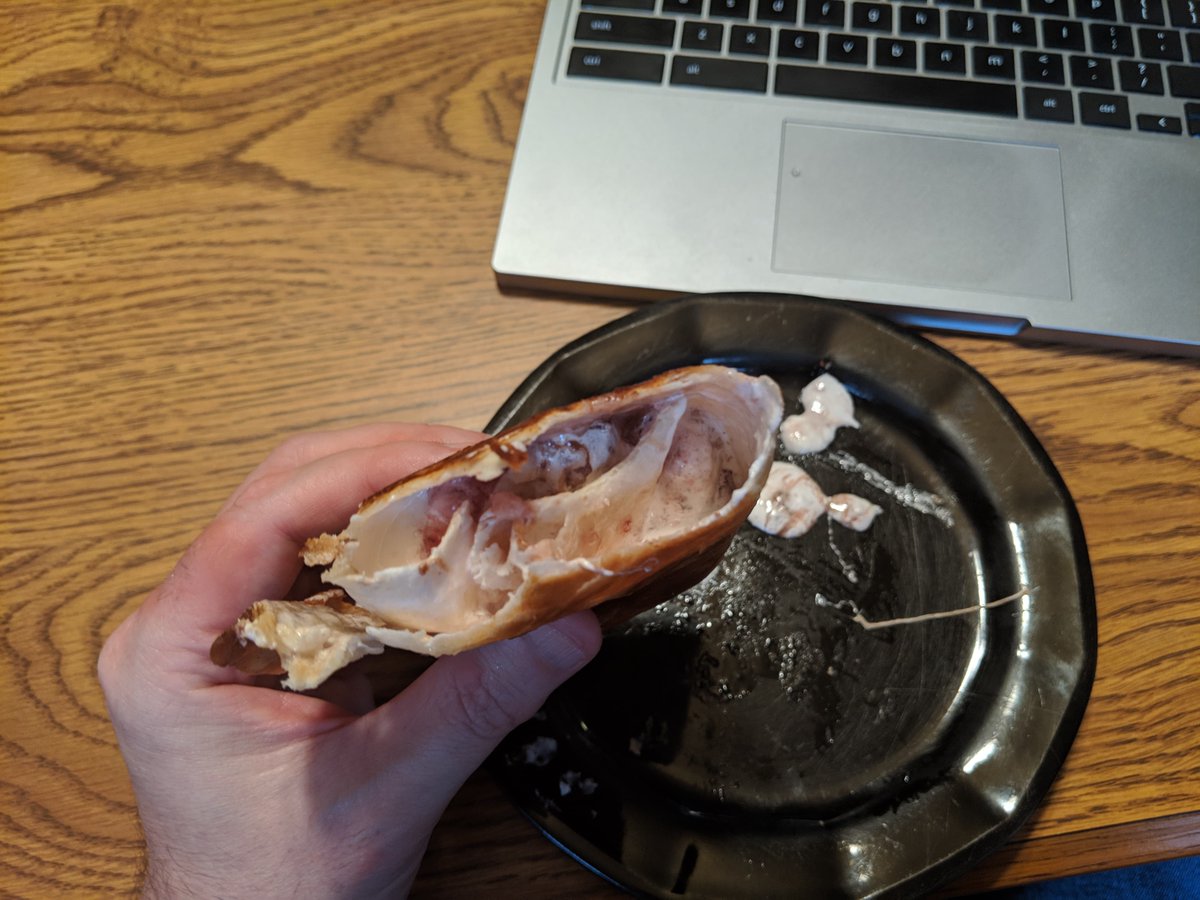 Thank all 160k of you for following me here on Twitter. You made me make this burrito. I do not regret it, and yet I will never ever do this again, unless lots of money is involved. 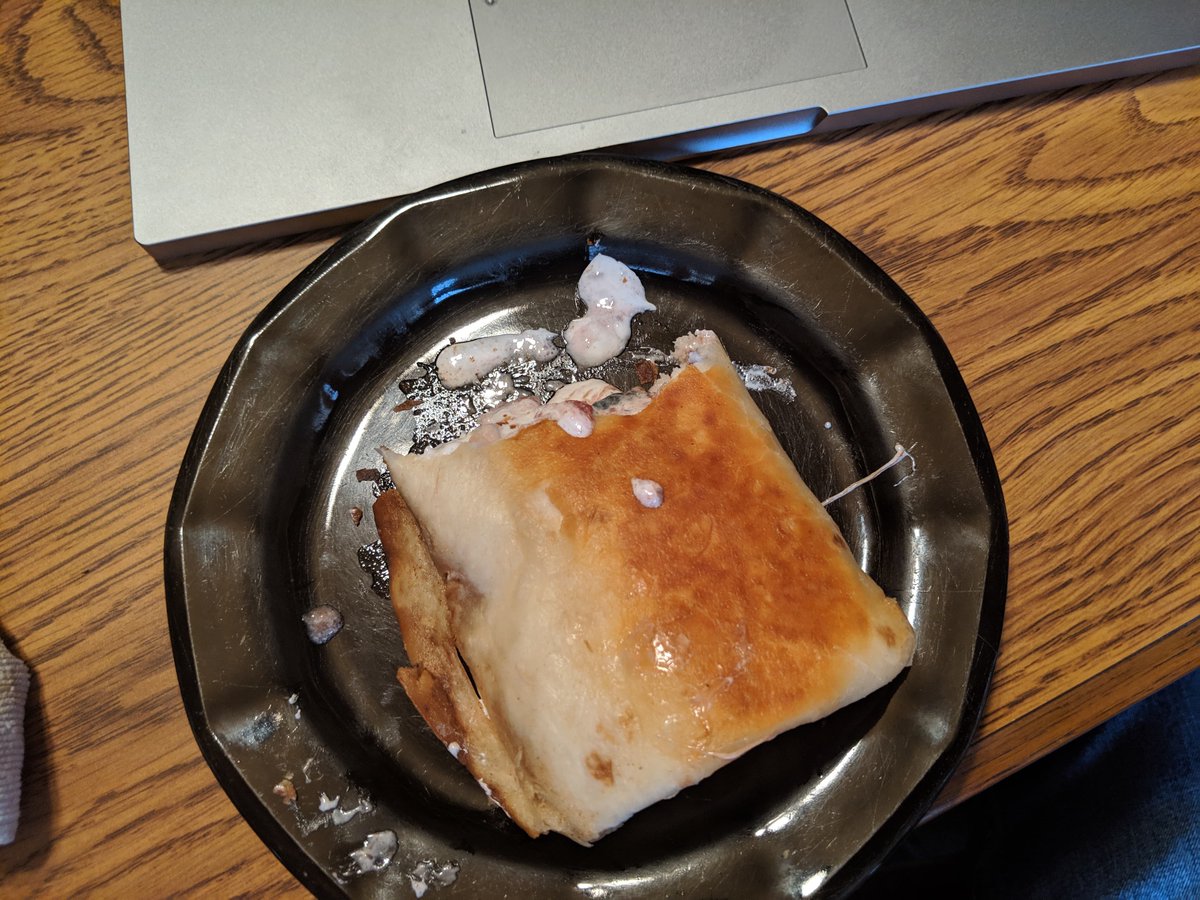 Why does my chest suddenly hurt? 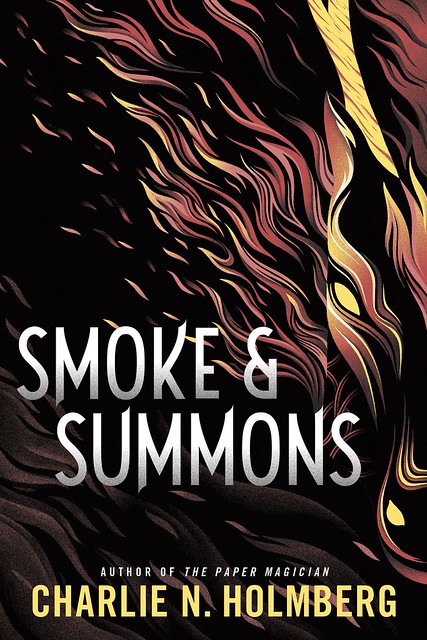 Immortality has been done in fiction, many times. But has it been done like Charlie N. Holmberg does it in Smoke and Summons? Holmberg is here to explain why the immortality found here may be unique after all.

Once upon a time, my agent and editor got together behind my back, schemed, and then called me demanding I stop this standalone nonsense and write another series. This was in the middle of my California vacation.

I am a prolific writer (having no other hobbies, I have to spend my time doing something). I jump from idea to idea, and my brain likes to work in short and sudden chunks, thus the streak of standalones. I’d written one series, one time, and it was honestly a fluke. It started with a standalone that had more story to tell, so two more books almost accidentally happened. But that series outsold my standalones ten to one. So I wasn’t surprised to get pressure to do it again.

Problem was, I didn’t have any ideas big enough to encompass multiple books. And I needed a good, big idea, because I don’t like staying in one world too long. I needed to create something that could suck up about 300,000 words, be interesting, and be especially interesting to me.

I started going through my Pinterest boards, phone notes, and idea folders, pulling out literally anything and everything that sounded interesting. I’d figure out how to tie it all together later, hopefully. It was during this Frankensteining of creativity that I came across THE THING. Something I had written down about a year earlier. Something I didn’t even remember writing down. It was just two words in its own Word document.

This opened up a world of possibilities. What could a person do with one minute of immortality, where consequences were nearly moot? It could be used for crime, for gain. To save oneself at the last moment, or kept on hand as a safety net. It could be used to cure the terminally ill or mortally wounded. And how it would be used would depend on who was holding it at the time. Who would know about it? Who would have access to it? What happened if someone snatched the device from someone else mid-spin?

So I made it. I gave it a history and a value. And I gave it to a poor sewage worker who could use it to turn his life around. In fact, his new life depends on it, so when a woman on the run steals it, he’ll do anything to get it back.

The device is rare, ancient, and more special than anyone realizes; I was able to connect it to a bigger magic system, the secrets of which carry across a whole series. Eureka! And I called it an amarinth. An amaranth is an imaginary, undying flower; an immortal thing. But then my vegetarian friend told me amaranth was also a fancy grain and was likely to be the next hot and popping thing for healthy people, so I changed one of the vowels in my term. Super creative, I know.

Ultimately, when readers dive into the Numina world and learn about this device, I want them to ask themselves one thing.

What would I do with my minute?