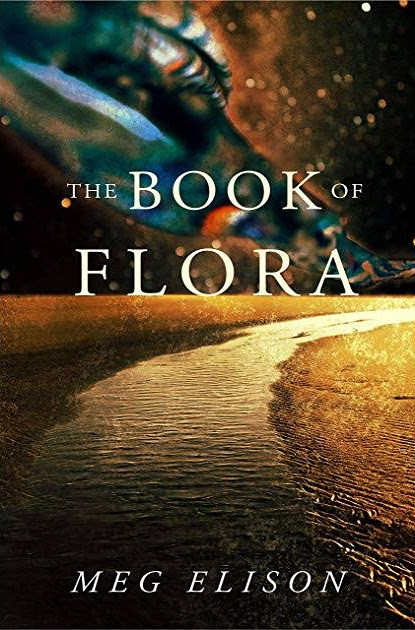 Today in The Big Idea, author Meg Elison delves into her latest novel The Book of Flora, and radical power of a single, very short, word.

It’s impossible to talk about the third and final book in a series without talking about the whole thing. The big idea of the third book rests squarely on the base laid by the first two, and the idea of the whole series changes as the last part is written.

The Big Idea of The Book of the Unnamed Midwife was that women are people.

The Big Idea of The Book of Etta was that ideals are difficult to maintain when they compete with survival.

The Big Idea of The Book of Flora is that every person has a body that belongs to only them.

This is another idea that strikes as radical when it should not. The characters in the Road to Nowhere series cope (as we all do) with the way other people sometimes think they have the right to define our bodies, to control them, to legislate for them, and to name them. Flora in particular is vulnerable to these desires; as a trans woman (or Horsewoman, as her culture is called in this world) she is often concerned with the way different cultures will perceive and define her. The world of this book prizes femininity but subjugates it all the same. In some places, she is regarded as powerful and valuable. In others, she is afforded the disgust reserved for people who fail to perform womanhood in the culturally correct manner.

Other characters struggle with the same problem, but in different ways. How often is the “preservation of the species” trope invoked to get people breeding in an orderly fashion in a dystopian novel? My characters are queer. Their expectations of childbirth are bloody and bleak. Their insistence on ownership over their own bodies invokes discussions of birth control, abortion, and reproductive behavior in a way that post-apocalyptic novels often treat as a settled idea. If the human race is in danger, surely people with uteruses will simply give up on the idea of self-ownership and submit to their fate as vessels! This entire subgenre takes for granted that if imperiled enough, people will accept compulsory heterosexuality and forfeit basic autonomy.

My characters stay queer and say no.

As your body belongs only to you, so too does your story. Characters in these books keep journals and decide what they want to reveal and what to keep. They decide rather to pass their story on or let it die with them. They decide whether to perform their trauma in order to be believed, or to protect themselves and go without whatever that belief might proffer. These are choices that you might face, too. These are all questions I’ve had to answer for myself, revisit my answers, and allow my understanding of myself to change based on them.

Flora is a book about choosing your story, rewriting it and making changes until you hear your own voice. It is about being in your body, being one with it and making peace with it, revising it until you recognize yourself. It is about Flora, who is better at both of those things than most people who have not faced down one apocalypse after another.

We have come to the end of the Road to Nowhere. Thank you for walking with me and reading all my big ideas, strange as they are. This final book is dedicated to all the radical queers in my life, and I am grateful and proud to have put more queer art into the world.