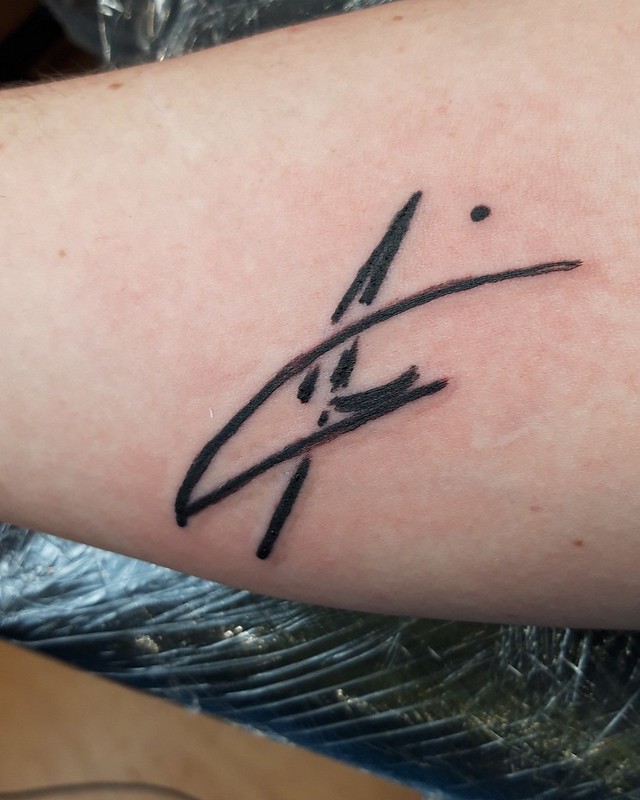 When I was in Budapest, one of the folks standing in line asked me to sign his arm so he could go get it tattooed. Well, okay; I used a blue sharpie to do it. A day later I got a picture of the above tattoo, in black. And there you have it — I’m now an author whose signature has been permanently inked into someone else’s body. Which is an interesting group to be in! Thanks, István, for putting me in this particular club. 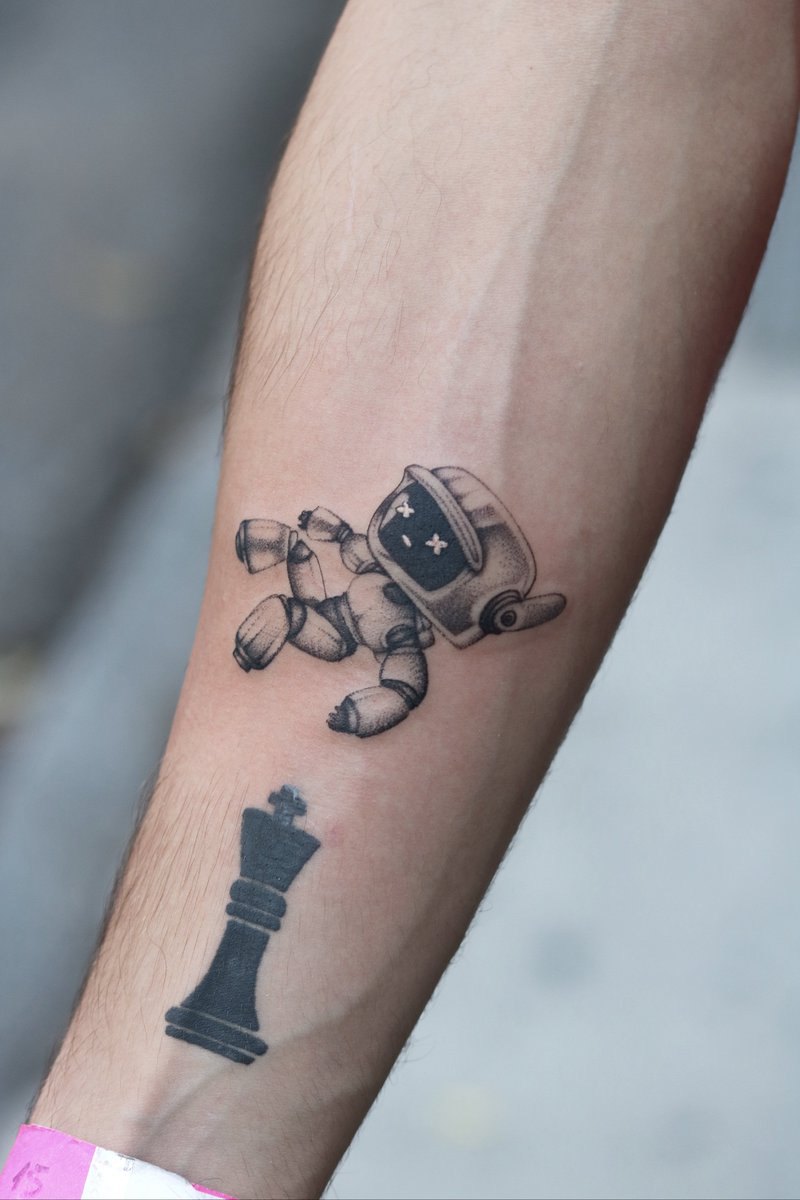 Somewhat related, I understand there was a thing where someone — Netflix? Blur studios? Someone — was subsidizing “Love Death & Robots”-related tattoos, so now there is at least one human being out there with a tattoo of K-VRC, i.e., the little orange robot from the “Three Robots” episode of the series. I predicted this would happen (K-VRC is cute as a button), but it’s still cool to see that.

So, yeah, it’s been a tattoorific last few days for me.

Speaking of K-VRC, I did not get a tattoo, personally, but I did get these: 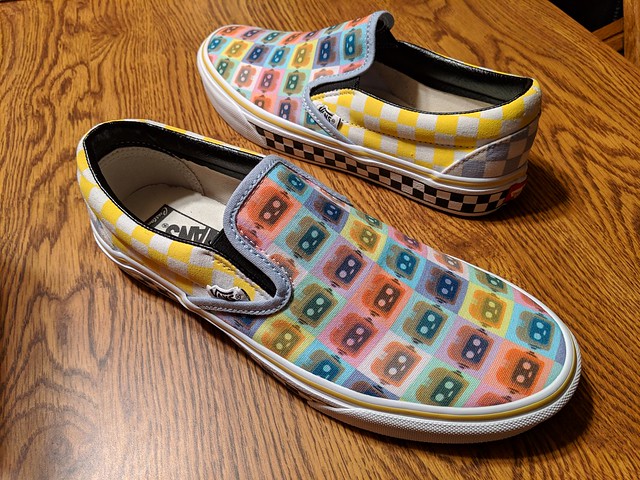 Custom K-VRC Vans! Turns out that Vans will make custom shoes, if you provide the art. So I did, and here we are. And before you ask, no, you can’t have a pair, too — these are one of a kind. You want “Three Robot”-based shoes of your own, please take it up with Netflix’s merchandising arm. In the meantime, however, you can be jealous of my personal shoe style.