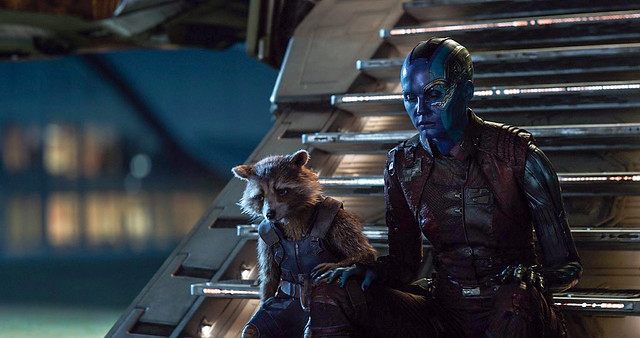 Avengers: Endgame is a once-in-a-lifetime cinematic experience, and I mean that in two very specific ways. First, it’s a film that (generally) effectively, (mostly) competently and (sometimes) ingeniously serves as a capstone to a series of films spanning twenty-two installments, which is a species of cinematic beast that’s never really been managed before and seems unlikely ever to be pulled off again; Second, that having seen it, I don’t feel like I ever need to see it again in this lifetime.

I feel the second, because Endgame is the first. Endgame has an immense amount of ground to cover: It has to follow the cliffhanger of Infinity War, try to wrap up plot threads left dangling from every Marvel film since the original Iron Man in 2008, leave a bunch of plot threads that can be taken up in the upcoming “Phase Four” of the Marvel film universe (and the various TV series that are coming to Disney’s long-expected streaming service), and adequately shuffle off the stage the several major stars whose long-term Marvel contracts are up. With all that as its remit, it’s a miracle that Endgame is watchable at all, much less actually entertaining in the moment. That it is means that major props are due to Christopher Markus and Stephen McFeely, the screenwriters, and to the Russo Brothers, who, with this and Infinity War, and the two Captain America films they’ve directed, make an argument for being the pre-eminent cinematic field marshals of our time.

With that said, “watchable” and “entertaining in the moment” are not precisely the same thing to me as “fun” and “enjoyable.” Watching Endgame to me felt like being on a forced march through a checklist of plot points and character moments, and after a (very short) time I began to be rather conscious of all the scenes that existed not to be an organic moment of story but to be fanservice for a particular character (or set of characters), or to make sure some barely-remembered loose end was tucked in. By the third act and its climactic and overstuffed battle scene, it stopped being clever and started being exhausting. I felt like a kid on vacation being dragged to all the sights on a tour, with no time to really enjoy any of them because look, we’re on a schedule here.

“But that’s why you see it a second time!” Well, and to quote Thor here: 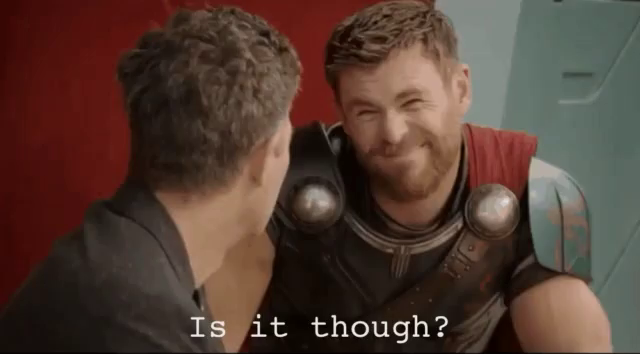 I should be clear that I don’t think I missed any significant moments in the film — I got them, because the design of the film was such that I was meant to get them, and Disney (and its attendant cinematic technicians) make it their business to make sure they are gotten. Endgame’s charms are all on the surface, and they are all very brief. The thing that makes me want to rewatch a movie, in most cases, is the ability to linger: With the characters, with the world, with the entire milieu that the film creates.

And that’s the thing about Endgame — there’s just no lingering. Not with the characters, not with the world, not with any part of it. It’s not meant for lingering; it has no time for it. We have a timetable, and it has to be made. Now, it does make want to rewatch other Marvel films, where I do get those character and world moments: Thor: Ragnarok. Captain America: The Winter Soldier. Guardians of the Galaxy. Spider-Man: Homecoming. Iron Man 3 (yes, Iron Man 3. Fight me). But Endgame? Meh, not so much.

Mind you, my opinion that Endgame merits only a single watch is being amply refuted by the large number of folks who have gone back to watch the film twice or three times or more. Good for them. I’m glad and not in the least surprised that they have been entertained; as I noted, moment to moment, the film is entertaining, and savvy enough as popular entertainment to give their characters, especially the ones whose actors are at the end of their contracts, moments you can cheer and cry for them. This is Disney, folks. They know popular entertainment.

The point I’m trying to make is that stringing individually entertaining moments together does not in itself a substantive cinematic experience make. Endgame isn’t a sumptuous meal; it’s a bunch of tasty canapes fed to you on a conveyor belt, with no time to savor one before the next one comes along. I like canapes! And I enjoyed Endgame, which is in its very specific way a marvel, pun entirely intended. But I’m not sure I need to have this cinematic canape conveyor belt experience more than once in my life.