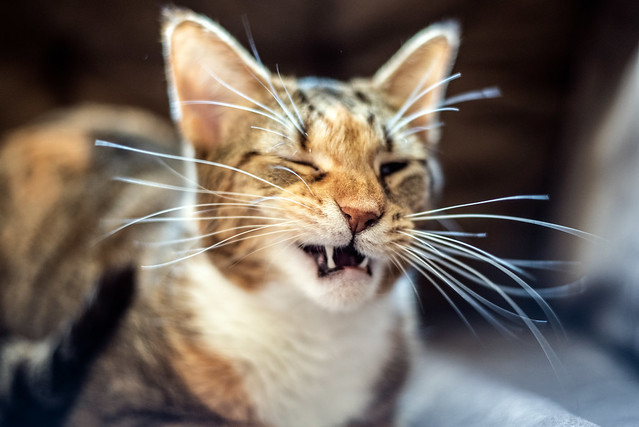 So majestic. Truly a magnificent specimen of the common house tiger. 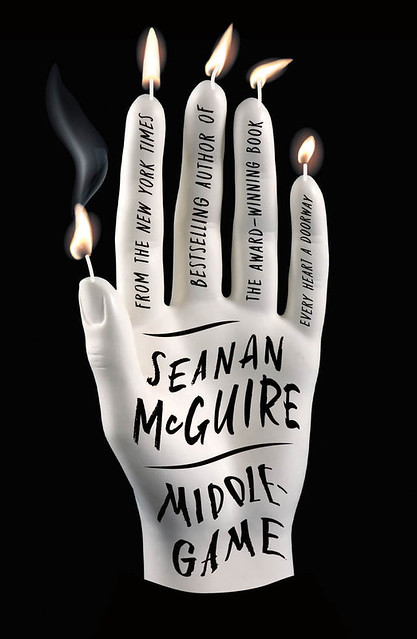 How long did it take Seanan McGuire to write her latest novel, Middlegame? It depends on how you look at it. There’s the typing of it… and then there’s everything else.

This is the book that took me ten years of writing basically constantly before I could call myself good enough to write it.

That doesn’t mean it’s necessarily the best thing I’ve ever written, or that it’s going to be anyone’s new favorite, although of course, I hope both those things are true. It just means that from a sheer craft standpoint, it took me a very long time to get all the skills necessary to write what is essentially an alchemical superhero story about family, connection, and time travel. Juggling the various timelines this story required a level of precision that I had to work my way up to. I’m still a little stunned that I was able to manage it. And as the reviews have come in, even the ones that didn’t like the book have been forced to admit that I managed my timelines well, which is really all I had any right to hope for.

The big idea for this book started with a song, called “The Doctrine of Ethos,” written by Dr. Mary Crowell and recorded on her album, Courting My Muse. The very first line, “The Doctrine of Ethos says music’s a force, a microcosm of creation at its source…” seemed to contain an entire world of story. So I started prodding it with a stick.

Since the Doctrine of Ethos comes from Greek philosophy, wedding it with alchemy seemed like the most natural thing in the world, and I very quickly came to the conclusion that our big conflict was between people who wanted to control the Doctrine and the Doctrine itself, which didn’t want to be controlled. But how to make that sympathetic? Easy. Turn the central force of creation into a person. To keep it from being too powerful to be challenged, make it two people, and then make their lives a living hell.

Easy-peezy, pudding and pie. Roger and Dodger were born. Their rhyming names are a function of the sympathetic magic that drives the novel; they’re very different people, for all that they’re biologically identical twins created by the same act of horrific alchemy, but their names mean that they can always be yanked back together. Their names, and their natures. Drawing on more Greek philosophy, namely Aristophanes’ speech in Plato’s Symposium, they are very much two halves of the same person, one of the Children of the Moon. They can’t be whole without one another.  But their love is absolutely filial. They’re brother and sister, and they come as a complete package.

(One of the things I had to get good enough to do was write this book without making it easy for anyone to read it and ship my protagonists together. Roger and Dodger are twins. Roger doesn’t like redheads, in part because his sister is one, and Dodger doesn’t like anyone who isn’t secretly a book of calculus problems.)

As the two halves of the Doctrine, Roger and Dodger represent lyrics (Words) and musical structure (Mathematics). They have absolute control over their domains, or they will, once they come firmly enough into their birthrights and assume the full weight of the Doctrine, embodying it completely and giving up any chance they might ever have had of being ordinary people. Not that there was much of a chance of that. In many ways, this book is a superhero origin story about two people coming fully into themselves, and doing it without laser eyes or being able to fly (although they’d appreciate it if they could).

It’s also a book about alchemy. I needed the people who created our protagonists to be grounded in the world around them, which is a lot to ask when you’re talking about alchemical science, and so I read a lot of books on American alchemical thought, and the idea the sometimes alchemists would hide their secrets “in plain sight” to make sure they wouldn’t be forgotten, but also so the alchemists could feel smarter than everyone else, since they knew everything. Asphodel Deborah Baker was born.

A contemporary of Baum, Baker wrote a series of books about a place called the Up-and-Under which were, secretly, an encoded series of alchemical primers. She never achieved Oz-levels of success, but she did quite well, and her books remain in print to this day. Pieces of the first in the series are interspersed throughout Middlegame, and of course I wrote the whole thing. Having a children’s book at the heart of my changeling cosmology seemed only fitting.

When I finally decided that I was ready to write Middlegame, I told my agent about it, and she asked me to write her a pitch. I wrote four pages. She told me it didn’t make any sense, and that she wouldn’t be able to sell it without more detail. I took this as an invitation to go home and write the whole book.  It took me around six weeks to pull out a finished draft. Ten years and six weeks is a reasonable amount of time for a 150,000 word book, right?

I’ve had people get mad at me for punching down at myself when I said that it took me a while to get good enough to do this, but I think the delicacy of the craft speaks for itself.

The Doctrine sings, the astrolabe turns, and now I just need to get good enough to write the sequel.